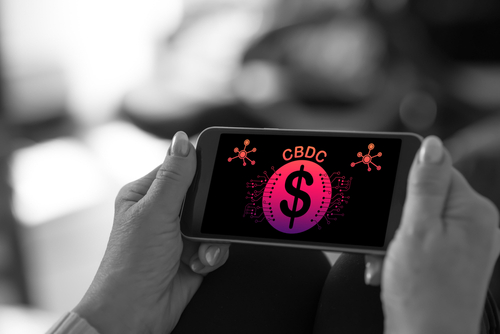 A digital dollar issued by the U.S. Federal Reserve eventually could co-exist with and complement privately issued stablecoins and other digital assets, protecting  consumers from the market whims that jolt unanchored digital assets and offering consumers a government-backed way to make digital payments, Fed vice-chair Lael Brainard said in 26 May Congressional testimony.

“It could provide a safe, central-bank liability as the neutral settlement layer in the digital financial ecosystem,” she said.

A digital buck “would actually facilitate and enable private-sector innovation,” she contended.

Nations are in various stages of readying their own forms of digital money, fearing that the rising welter of private digital payment networks could swamp countries’ official currencies and create financial chaos.

China has issued a digital yuan, banning citizens from using any other form of digital money for conducting public transactions.

Other countries are moving to mint their own forms of digital currencies.

A late 2020 survey of 65 central banks by the Bank for International Settlements found that more than 85 percent were assessing digital currencies or testing designs.

By then, the Bahamas already had become the first country to launch a so-called CBDC (Central Bank Digital Currency), named the Sand Dollar, issuing it in October 2020.

We highlighted the trend in “Look Who’s Minting Digital Currency Now (or in the Near Future), (16 Feb 2021).

The idea of issuing an electronic buck has divided Fed officials, according to The Wall Street Journal.

We reported on the Fed’s initial steps into the realm of digital currencies in “Bitcoin ETFs in Prep as SEC Highlights Path to Approval” (24 Aug 2021) and “SEC Chief Overreached His Authority on Crypto, Lawmaker Says” (12 Oct 2022).

“The recent turmoil in crypto financial markets makes clear that the actions we take now—whether on the regulatory framework or on a digital dollar—should be robust to the future evolution of the financial system,” she told the House Financial Services Committee.

A digital dollar, backed by the U.S. government, would give people anywhere in the world a way to spend dollars in a world where the use of physical cash is declining, she pointed out.

TREND FORECAST:  A digital dollar is inevitable, as we noted in “Cryptos Go  Mainstream” (21 Sep 2021) and in our Top Trend, “From Dirty Cash to Digital Trash.” The only question is how long the Fed will take to create it and whether rivals in the meantime, most likely China’s digital yuan that is already in circulation, might supplant it while the Fed drags its feet.

“Issuing a [digital dollar] would likely present a major design and engineering challenge that would require years of development, not months,” treasury secretary Janet Yellin said in a 7 April speech at American University.

The world will not wait years for a digital dollar, nor will U.S. consumers.

The Fed will accelerate its efforts to create and issue one as other countries outpace the U.S. central bank in claiming a share of the digital payments market.