DIGGING INTO THE FED’S LONG AWAITED REPORT ON A U.S. CBDC 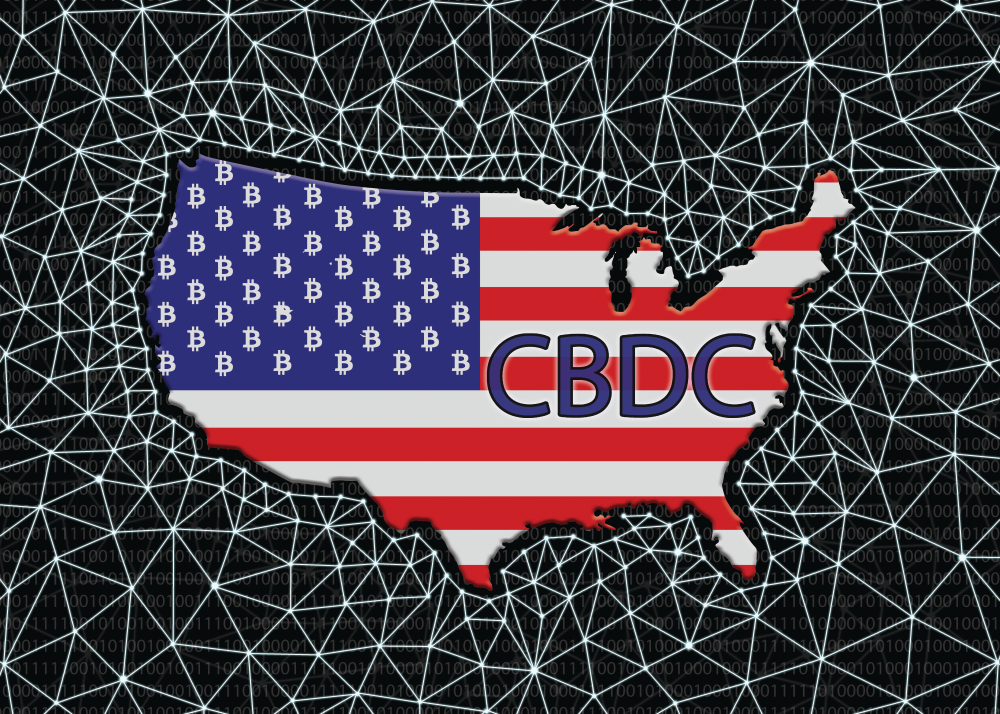 This past Thursday, the U.S. government finally released its report evaluating the prospects of creating a Central Bank Digital Currency (CBDC)—or what it termed a “digital dollar.”

At a time when the country is experiencing inflation of prices of goods and services unseen in 40 years, Fed mismanagement of the money supply is finally becoming a topic for average Americans.

The report makes clear that the rise of cryptocurrencies has pushed governments and the international central banking system to consider CBDCs:

Notably, the report neither recommended nor rejected the possibility of a CBDC. Instead it called for officials and the public to provide input and opinion on the issues involved as outlined in the paper.

Despite the lack of any clear signal of where the U.S. might be going regarding creating and issuing a “digital dollar,” the report did outline several objectives and facets that a CBDC would have, if created:

“Any U.S. CBDC should, among other things[:]

Several of those bullet points sound nice for Americans concerned about CBDCs.  For example, the report assures that paper money wouldn’t be phased out with the introduction of a digital dollar.

But whether that promise would be kept is another matter.

And as the COVID War has shown, privacy protections Americans thought they had for their medical records and decisions have been completely obliterated by unlawful dictates of politicians and bureaucrats.

Is there any doubt that the ability to comprehensively track and trace digital dollars through chains of holders would be built into CBDCs?

Bitcoin, the first and still leading cryptocurrency, has “pseudo-anonymity.” That means that while user identities like names are not stored in Bitcoin’s ledger, bitcoin addresses which send and receive tokens, and certain other potentially trackable info, including IP addresses, are stored in those “blockchain” data blocks that get written to the ledger.

China’s CBDC, the digital Yuan, is a surveillance coin that not only affords authorities comprehensive spying abilities into transactions, but is reported to provide the ability to literally shut down and control tokens on a granular level.

In other words, if the government decrees an individual should no longer be allowed to spend a digital Yuan on a certain item or service, because they’ve transgressed their “social credit” obligations, the functioning of the person’s digital money can be selectively or completely disabled.

The Trends Journal has covered concerns about government CBDCs in many articles, including:

Notably, Edward Snowden, who as a U.S. intelligence agency contractor in 2013 blew open the doors on a shocking and illegal domestic spying system, has been a leading voice sounding the dangers that CBDCs represent.

One facet that a CBDC could introduce relates to interest Americans currently can earn by saving money with banks.

Though such interest rates have dropped to paltry levels that don’t come close to keeping up with inflation, the interest on savings still represented a riskless hedge with at least some amelioration against inflation.

According to the report, CBDCs would not offer interest to holders via the Fed system.

As CNBC noted, while existing digital money (the ledgers that currently record virtually 97 percent of payments and transactions via credit cards, electronic employer payments, ACH transactions, etc.) is a commercial bank liability, the CBDC would be a Federal Reserve liability.

That would entail, among other things, that the Fed would not pay interest on money held in its vaults, though some depositors may opt to do so, since it is risk-free.

The report summarized some of the potential benefits and dangers of a CBDC system:

“A CBDC could potentially offer a range of benefits. For example, it could provide households and businesses a convenient, electronic form of central bank money, with the safety and liquidity that would entail; give entrepreneurs a platform on which to create new financial products and services; support faster and cheaper payments (including cross-border payments); and expand consumer access to the financial system.

“A CBDC could also pose certain risks and would raise a variety of important policy questions, including how it might affect financial-sector market structure, the cost and availability of credit, the safety and stability of the financial system, and the efficacy of monetary policy.”

In highlighting potential benefits of a CBDC, the paper argued that it would expand access to digital banking and payment services to “unbanked” Americans, and would especially improve the speed and cost of cross-border payments.

Anyone sending money to relatives in another country, or even transferring money between bank accounts, knows that the cost and time of such transactions is a problem.

Of course, cryptocurrencies, especially Ripple and Stellar, have been on the forefront of giving people and banking systems the ability to handle such payments much more efficiently.

Other cryptos like Bitcoin and Monero were created to literally end the possibility that money could be inflated—ie., endlessly created so that a government could pay its debts and obligations, effectively devaluing the holdings of everyone else.

And at this point, cryptos are quickly evolving to tokenize assets, automatically reward and distribute payments on the productiveness of those assets, allow users to lend and borrow their crypto via permissionless DeFi apps, and much more.

Overall, the report is surprisingly measured, and does not proselytize or suggest the necessity of a CBDC is a given.

Indeed, at this juncture, it may be far more important for the U.S. dollar to reflect and encompass actual value and productive output and demand, and recover some of its former status as a stable representation of value and means of exchange.

The current system is perfectly capable of digitally issuing dollars to back stablecoins, for example.

Crypto stablecoins like Tether (USDT), USD Coin (USDC) and Terra are in fact already facing regulation which obligates them to hold dollars as collateral.

Whether the dollar might be reformed to act as a fiat “gold standard,” via sound money supply issuance and safeguards, or whether the government will take the plunge and try to displace the quickly evolving and innovating world of cryptos, is the major question that the report leaves unanswered.

The full report can be read here.