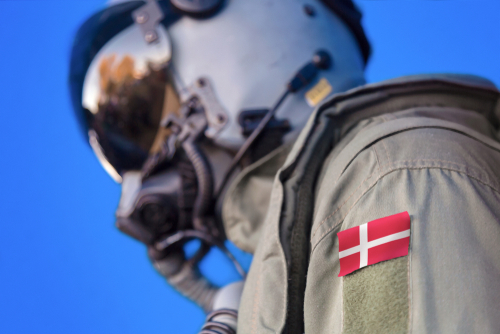 Denmark held a vote last week that resulted in the country rejoining the EU’s Common Security and Defense Policy in light of Russia's invasion of Ukraine.

The vote was seen as largely symbolic, but means Copenhagen will work closer with its European neighbors to ensure the bloc's defenses are strong in the face of emerging threats. Denmark, which opted out of the shared policy 30 years ago, will be able to take part in joint military operations and Danish officials will now be able to stay in the room when EU colleagues discuss defense issues.

Denmark, a full NATO member, had been the only EU member that was not part of the security policy. Copenhagen also said that it will spend 2 percent of its GDP on its defense by 2033. (The U.S., which has a much larger economy, earmarks 3.4 percent of its GDP for military spending.)

“When there is war again on our Continent, then you cannot be neutral. Tonight, Denmark has sent a very, very important signal to Putin and to our allies,” Prime Minister Mette Frederiksen said in a speech after the vote, according to Politico. “The text messages are trickling in from colleagues abroad who are happy on behalf of Denmark.”

The Trends Journal has reported on Finland and Sweden’s attempt to join NATO after the invasion. U.S. General Mark Milley, chairman of the Joint Chiefs of Staff, said on Saturday that these countries joining the alliance would put Russia in a difficult military position in the Baltic Sea, Reuters reported.

He said the Baltic Sea's coastline would essentially be encircled by NATO members. (See “BIDEN JOINS BORIS: VOWS TO DEFEND FINLAND AND SWEDEN.”)

"So from a Russian perspective that will be very problematic for them, militarily speaking, and it would be very advantageous to NATO," Milley said. "The Baltic (Sea is) very strategically important, it's one of the great seaways of the world," Milley added.

Danish energy company Ørsted, the country's largest, said last week that Russia cut off its gas supply because it refused to pay in rubles, according to the Associated Press.

"The situation underpins the need of the EU becoming independent of Russian gas by accelerating the build-out of renewable energy," Mads Nipper, the CEO said.

Mogens Jensen, the ruling Social Democrats’ defense spokesperson, said NATO will continue to be Copenhagen’s most important tool but the EU secures “our defense in the East.”

European Commission President Ursula von der Leyen said she welcomed the Danish vote and said it sends a "strong message of commitment to our common security sent by the Danish people today."

"Denmark’s expertise on defense is much valued. I am convinced that both Denmark and the EU will benefit from this decision," she tweeted.

TRENDPOST: It should be noted that while the vote passed easily, there are Danes opposed to the measure, who, of course, were labeled "far-left, and far-right." They said that NATO membership is enough and joining the security agreement means Copenhagen's military decisions now rest with the entire EU.

Morten Messerschmidt, the head of the "far-right" Danish People’s Party, told Politico that politicians have “tried to abuse the war in Ukraine to make Danes feel that it is important that we stand together.”