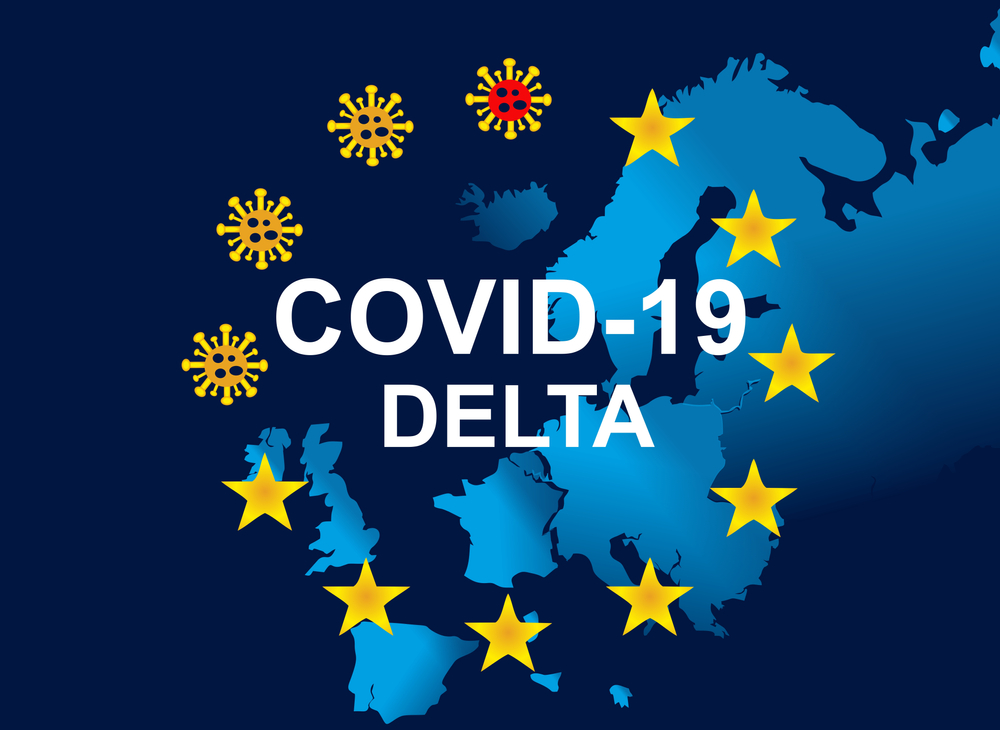 Vaccine distribution was supposed to be the golden ticket for the European Union to reopen and revitalize its battered economy after a year of COVID-19 shutdowns, but the Delta variant and its ability to spread has jeopardized any smooth road to recovery.

PORTUGAL: The Delta variant has been blamed on about 70 percent of new cases in Lisbon and 51 percent of cases across other parts of the country, which health officials say shows how quickly the virus can spread.

The country has vaccinated about 30 percent of its population and the outbreak has prompted new calls to speed up the process. Lisbon, a city of about 500,000 residents currently has 71 patients in ICUs, which account for 86 percent of the beds designated for virus patients, Reuters reported.

The report said restaurants in Lisbon are back on a curfew and the country has been identified as a “virus-variant zone,” which will spark new travel restrictions to other E.U. countries.

U.K.: Prime Minister Boris Johnson announced that restrictions on large events will continue to be in place until at least 19 July due to the Delta variant.

NPR, citing Public Health England, reported that 99 percent of the cases in the U.K. are the Delta variant. The report pointed out that 81.6 percent of adults in the U.K. have received at least one vaccine dose.

The Wall Street Journal reported that those vaccinated appear to do well if they contract the variant, and even though there were 75,953 cases last week, the numbers of deaths have been steady.

The concern in the E.U. is that if the strain becomes dominant and infects those who have yet to receive the vaccination, it could result in another wave similar to last summer. The British government pushed back plans to lift some restrictions in response to the new cases until mid-July.

ITALY: The Italian Health Ministry said Friday that the Delta variant is spreading quickly throughout the country and asked local authorities to increase their sequencing and tracing efforts, according to thelocal.it.

The report said the Delta and Kappa variants increased by nearly 17 percent since June. The report said the Italian government was accused of downplaying Delta’s risk, and assuming that the country’s vaccination effort would be enough to ward off more infections. There is also concern that only a quarter of the Italian population is fully vaccinated.

The country is now considered to be in the “white zone,” which has the loosest restrictions. Roberto Speranza, the health minister, said it is encouraging but warned about the new variants.

“The battle is not yet won,” he said, according to WantedinRome.com.

GERMANY: Health officials in Germany said they want to continue to push the country’s vaccination effort to fight off the emerging Delta variant.

Jens Spahn, the country’s health minister, said the vaccination campaign is essential for the country to emerge from COVID restrictions. The country estimates that within a few weeks, its vaccine supply will outpace demand, at which point the government will begin offering shots to random people on the street and in places of worship.

Reuters reported that 53 percent of Germans have received the first vaccine jab and roughly a third of the population is fully vaccinated. Health officials in the country have said the goal is to vaccinate 80 percent of the population so there is a basic level of protection by the time the Delta variant becomes the dominant strain by the autumn. (The European Center for Disease Prevention and Control estimates that the Delta variant will account for 90 percent of all COVID-19 infections by September. The health body said there is a risk of seeing similar numbers to last fall.)

Berlin announced last week that it banned arrivals from “coronavirus variant” countries like Portugal and Russia. DW.com reported that beginning Tuesday, only German citizens can travel to Germany from these 14 countries. Visitors from these countries—regardless of whether or not they took a COVID test—will need to be in quarantine for two weeks.

Angela Merkel, the chancellor, said the entire bloc is on “thin ice” due to the variant. She said there are clear reasons to be optimistic, but the “pandemic isn’t over.”

“We need to remain vigilant. In particular, the newly arising variants, especially now the Delta variant, are a warning for us to continue to be careful,” she said.

DENMARK: Health officials in Copenhagen announced five cases of the COVID-19 Delta variant in the country and said those who attended the Euro 2020 match on 17 June in the city should be tested, according to the Associated Press. The report said that everyone who was at the game in question had to show documents that they were COVID-19 negative before the match.

The AP reported that Denmark, a country of nearly six million, has recorded 247 cases of the new variant. Three of the cases were tied to the match between Denmark and Belgium.

Health officials have said that the Delta variant can be around 60 percent more transmissible than the infectious Alpha variant and is considered to be at least partially resistant to vaccines. Nature magazine, citing a study conducted by Public Health England, reported that a single dose of AstraZeneca and Pfizer’s vaccines reduced an individual’s risk of developing symptoms by 33 percent, compared to 50 percent for the Alpha variant. Both jabs of the Pfizer vaccine were 88 percent effective against the variant.

A study from Scotland’s University of Strathclyde showed that the Delta variant increases the risk of hospitalization for those infected by nearly 50 percent. Vaccinations, the report said, provides about 70 percent protection from hospitalization, Politico EU reported.

“The Delta variant does increase the risk of hospitalization,” Jim McMenamin, COVID-19 National Incident Director for Public Health Scotland, said, according to the report. "However, what we are able to see from the information available to us is that our vaccines are still highly effective."

NORTHERN IRELAND: Scientists in Belfast say the Delta variant will be the dominant variant in Northern Ireland by the end of the month, according to the BBC.

The Public Health Agency announced that there have been 612 cases of infections with the Delta variant and health officials there have deployed mobile vaccine units to get more shots into the arms of residents. Despite the jump in new cases, the report pointed out that there are only 13 patients hospitalized with the disease.

Dr. Alan Stout, the head of the Northern Ireland General Practitioners’ Committee, warned that health workers are noticing a similar pattern of infections across the United Kingdom.

“We're not seeing the hospital admissions and we're not seeing the deaths, so that has shown us that the vaccine is immensely successful in terms of protecting against serious illness,” he told the BBC. “We're hoping—and this is where we need to buy that time over the next week to two weeks and into the early summer-- to make sure those patterns remain.”