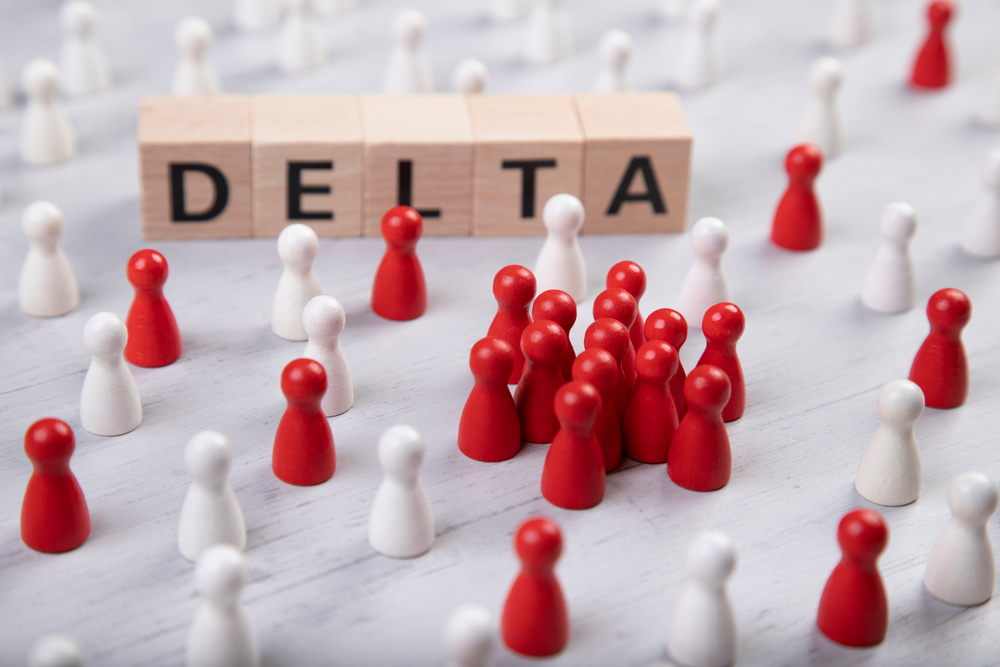 The Delta variant, also known as B.1.617.2 has officially been named the most dominant variant in the U.S. after it was reported Thursday that it made up 51.7 percent of cases in the two weeks prior to 3 July, a report said.

The Wall Street Journal reported that Delta supplanted the Alpha variant that now accounts for about 28.7 percent of infections. The paper, citing statistics from the Centers for Disease Control and Prevention, reported that the Gamma variant seems to be burning itself out and makes up nearly 9 percent of cases.

As we reported in our last issue, “DELTA VARIANT THROWS NEW OBSTACLE IN WAY OF EU RECOVERY,” the Delta variant could be around 60 percent more transmissible than Alpha and is considered to be at least partially resistant to vaccines.

Nature magazine, citing a study conducted by Public Health England, reported that a single dose of AstraZeneca and Pfizer’s vaccines reduced an individual’s risk of developing symptoms by 33 percent, compared to 50 percent for the Alpha variant. Both jabs of the Pfizer vaccine were 88 percent effective against the variant.

Paul Sax, the clinical director of the Division of Infectious Diseases at Brigham and Women’s Hospital in Boston, told The Wall Street Journal that the warm weather may be why the country is not dealing with an even higher number of new cases due to the variant.

“Last summer we got a little bit overconfident. I don't want us to make the same mistake again. This time period we need to push as hard as we can to get as many people vaccinated as possible,” he said.

CNN reported that 24 states have recorded an uptick of at least 10 percent of new cases in the past week.

“We should think about the Delta variant as the 2020 version of COVID-19 on steroids,” Andy Slavitt, a former senior adviser to President Biden’s COVID Response Team, told the network. “It’s twice as infectious. Fortunately, unlike 2020, we have a tool that stops the Delta variant in its tracks: It’s called a vaccine.”

Pfizer told CNN in an email that there has been some evidence that the vaccine’s ability to ward off serious illness may decline after 6 to 12 months after taking the second dose and a third dose could help “maintain highest levels of protection.”

The company said it plans to file for emergency use authorization in August.

TREND FORECAST: Again, and again, the mainstream media only quotes those who support the government agenda while banning those providing proof and hard data that challenges them. And, as we continue to note, the mandatory vaccine push will accelerate in the United States and across the globe.