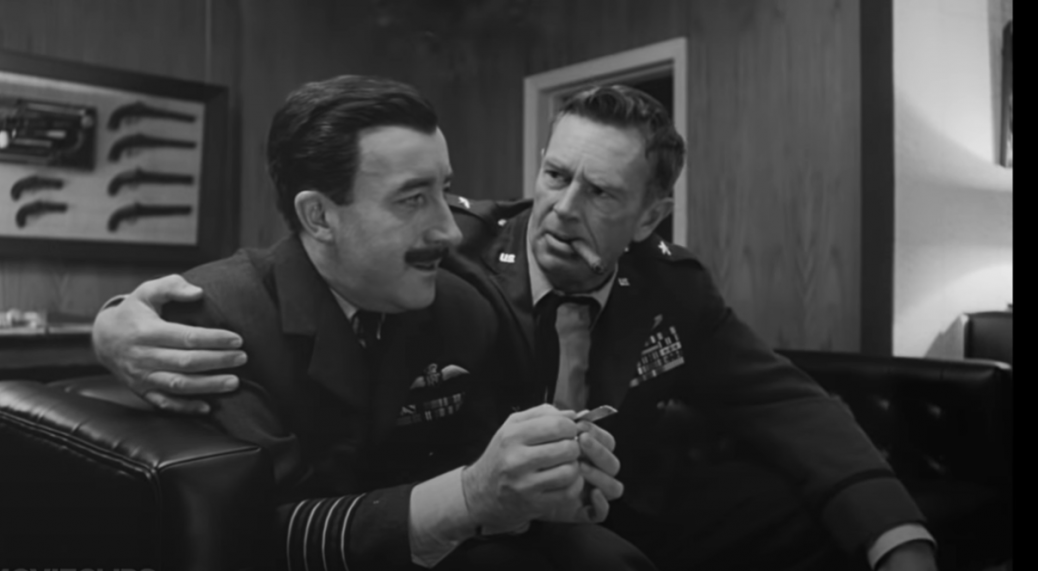 In the 1964 satirical black comedy film Dr. Strangelove, there is the iconic scene where the rogue general Jack D. Ripper, played by Sterling Hayden, tells Peter Sellers’ character, “Ever hear of the fluoridation of water? Do you realize that fluoridation is the most monstrously conceived and dangerous Communist plot we ever had to face?”

From that day to the present, the entire pharmaceutical and dental industries, public health officials, and the mainstream media have assumed that fluoride is absolutely safe. Anyone who dares to criticize water fluoridation and its dental use is a loon or conspiracy theorist who threatens national health.

Yet, as with so many medical and health challenges we face, the dominant consensus is wrong. The large body of evidence to support anti-fluoridation advocacy is substantial and continues to grow. In fact, throughout the U.S. and other nations, concerned citizens, consumer activists, and whistleblowers are putting pressure on state and local governments and public utilities to cease and desist in spiking our drinking water with fluoride.

Finally, the pushback against decades of lies, misinformation, and media propaganda to seduce us into accepting corporate and government-sponsored junk science supporting fluoridation is reaching a tipping point towards public safety.

In 2019, an alliance of public health organizations and watch groups filed suit against the EPA in a federal court trial to bring an end to fluoridation once and for all. A recent judge’s ruling permitted the suit, represented by two distinguished attorneys – Robert F. Kennedy Jr. and Michel Connett – to continue “the merits in light of the substantial scientific evidence proffered at trial.”

And this past August, researchers at Mount Sinai School of Medicine announced their findings that low-level chronic exposure to fluoride in drinking water induces adverse changes in kidney and liver function in young people.

The evidence against fluoride continues to pile up.

According to Wikipedia, sodium fluoride is the 215th most-prescribed medication in the U.S. This benevolent description is posted without any context and states as a matter-of-fact that orally-consumed fluoride has no proven adverse effect on dental health aside from causing dental fluorosis, an unsightly mottling of the teeth. Studies that suggest this can be a sign of fluoride-induced brain damage are ignored. Also missing are the scientific warnings about fluoride’s detrimental effects on nearly every system of the human body, which have been repeatedly studied and confirmed.

Actually, sodium fluoride is rarely used in the U.S. for fluoridating water. Instead, hexafluorosilicic acid and sodium hexafluorosilicate (SiFs), toxic byproducts of phosphate fertilizer and aluminum manufacturing, are used. Both are deemed industrial pollutants if released into the air via factory smokestacks or into the environment via drainpipes. Yet, when deliberately added to drinking water, they are classified as benevolent. These fluoride compounds have never been approved or even tested by the FDA for safety. Studies have shown that SiFs can double or even triple the rate of lead uptake in children’s bloodstreams.

Adding SiFs to drinking water lowers its pH, rendering it more corrosive and thus more likely to leach lead and other contaminants as it flows through pipes. Even when a neutralizing agent is added, SiFs’ “unique affinity for lead” can leach tiny amounts of the metal from any lead-containing pipe or fixture through which treated water flows. Used in combination with chlorine and chloramine, common disinfectants added to drinking water, the rate of lead uptake from SiF-treated water is off the charts.

SiFs and lead have a synergistic effect, meaning consuming both is significantly more damaging to brain tissue than consuming either alone, wreaking particular havoc in the brain’s hippocampus, the area responsible for learning and memory, and causing a marked decline in IQ.

We often hear that the only “clear adverse effect” of water fluoridation is dental fluorosis. Hundreds of scientific studies would beg to differ. In 2018 alone, over a dozen studies were published that exposed fluoride's detrimental effects but have been categorically ignored by the mainstream media. Oddly, less developed nations are far more concerned with protecting their populations' health than our federal health agencies. A Mexican study published in Toxicology and Applied Pharmacology concluded, “Fluoride could be considered an environmental kidney toxicant.” A Kenyan study published in the American Journal of Medicine and Medical Sciences reported that auditory working memory significantly declined as fluoride concentration in drinking water increased, confirming the results of an earlier systematic review showing lower IQ in children in high-fluoride areas.

Another Mexican study found prenatal fluoride exposure positively correlated to ADHD symptoms in children as much as 12 years later, “consistent with the growing body of evidence suggesting neurotoxicity of early-life exposure to fluoride.”

Fluoride’s toxicity extends from the skeletal system, through the endocrine system, reproductive system, and neurological system. It is criminal that Wikipedia parrots the chemical industry’s claims that fluoride toxicity associated with toothpaste ingestion is rare; in fact, there are over 23,000 reports of toothpaste-related fluoride poisoning annually.

Ever since Harvard researcher Philippe Grandjean added fluoride to a list of developmental neuro-toxicants considered especially harmful to the developing brain in a 2014 paper published in The Lancet, our health officials have suffered from institutionalized cognitive dissonance by denying fluoride-induced illness.

As more papers identifying the adverse risks of environmental toxins, including fluoride, are added to the list of chemicals most damaging to human development, Dr. Grandjean and his colleagues have called for the formation of coordinated research into the neuro-toxicants and their role in the rising global prevalence of neurodevelopmental disabilities. Sadly, such an urgent endeavor would likely be completely ignored by the US's federal health and environmental authorities.

In the meantime, our government continues to live in the idyllic fantasy of scientific-naivety that was the public rage in the 1950s, when fluoride was the magic ingredient for whiter teeth, DDT would keep the bugs away, and humanity would be saved by the atomic bomb.