DEATH BY GOVERNMENT IS ALIVE AND WELL IN THE 21st CENTURY 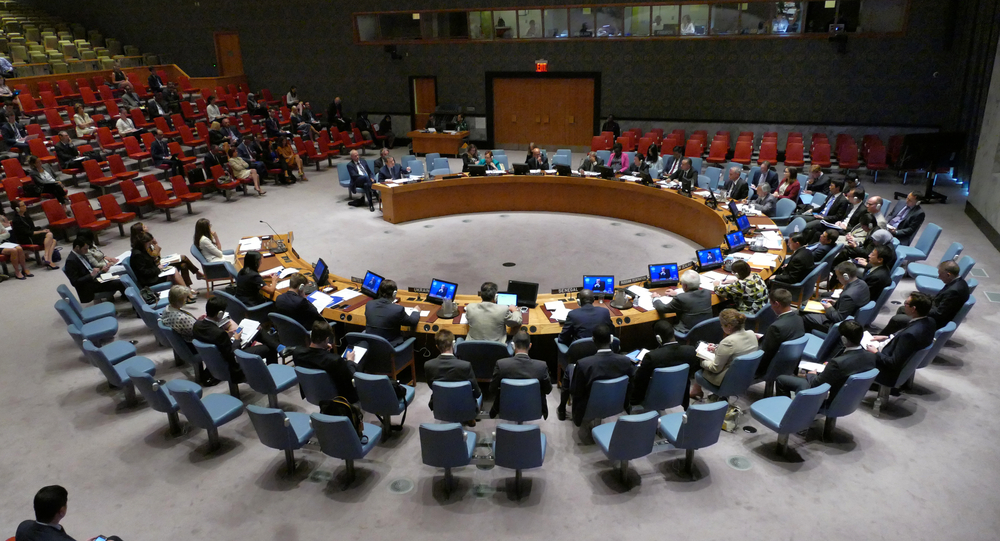 It’s now crystal clear that leading government agency heads oversaw the creation of the COVID virus, and then attempted to hide the truth as it spread from a Wuhan virology lab around the world in 2020.

In early February, House Republicans on the Judiciary Committee and the Oversight and Reform Committee released partially redacted emails they say prove that officials knew the truth about COVID, but worked feverishly to hide it.

Specifically, in a letter to the head of the Department of Health and Human Services (HHS), Congress members charged that Dr. Anthony Fauci conspired to hide the role of the U.S. and Chinese governments in the disaster.

Fauci, Director of the National Institute for Allergies and Infectious Diseases NIAID, has acted as the lead government policy point person and COVID czar during the pandemic.

The letter uses his own emails as evidence of his duplicity. Dr. Francis Collins, former head of the Food and Drug Administration (FDA), is also implicated in wrongdoing.

In one section, the Congressional letter details how Fauci circumvented Federal law to fund controversial “gain-of-function” virus experiments both domestically, and abroad at the Wuhan Institute of Virology (WIV).

COVID was first identified in an outbreak close-by to that bio lab in 2019.

The letter stated in part [with numbers referencing footnotes and email documents]:

“Despite Dr. Fauci claiming otherwise on multiple occasions, he was, in fact, aware of the monetary relationship between NIAID, the U.S. National Institutes of Health (NIH), EcoHealth Alliance Inc. (EcoHealth), and the WIV by January 27, 2020.1 Dr. Fauci also knew that NIAID worked with EcoHealth to craft a grant policy to sidestep the gain-of-function moratorium at the time. 2

“This new policy, designed by EcoHealth and agreed to by NIAID, allowed EcoHealth to complete dangerous experiments on novel bat coronaviruses—with very little oversight—that would have otherwise been blocked by the moratorium. 3

“In January 2020, Dr. Fauci was also aware that EcoHealth was not in compliance with the terms of its grant that funded the WIV. 4

“EcoHealth was required to submit an annual progress report to NIAID by September 30, 2019, and had not yet done so. 5

“The Committee subsequently learned that EcoHealth failed to submit these reports presumably to hide a gain-of-function experiment conducted on infectious and potentially lethal novel bat coronaviruses. 6”

Details about Ecohealth have added to other evidence that Fauci was complicit in funding gain-of-function research. The Trends Journal has previously covered Fauci’s strident denials in Congressional testimony concerning the controversial research. (See “BATSH*T CRAZY: WUHAN WALLS CLOSING IN AROUND FAUCI,” 18 May 2021.)

The extraordinary Congressional letter also laid out the case that Fauci and Collins had purposely worked to discredit the assessment of other scientists in early 2020 that the COVID virus likely originated from the Wuhan virology lab.

Again, using emails from Fauci and Collins to supported their finds, the Congressional letter states:

“On February 1, 2020, Dr. Fauci, Dr. Collins, and at least eleven other scientists convened a conference call to discuss COVID-19.

“7 It was on this conference call that Drs. Fauci and Collins were first warned that COVID-19 may have leaked from the WIV and, further, may have been intentionally genetically manipulated. Again, it is unclear if either Dr. Fauci or Dr. Collins ever passed these warnings along to other government officials or if they simply ignored them. Only three days later, on February 4, 2020, four participants of the conference call authored a paper entitled “The Proximal Origin of SARS-CoV-2” and sent a draft to Drs. Fauci and Collins.

“8 Prior to final publication in Nature Medicine, the paper was sent to Dr. Fauci for editing and approval.

“9 It is unclear what, if any, new evidence was presented or if the underlying science changed in that short period of time, but after speaking with Drs. Fauci and Collins, the authors abandoned their belief COVID-19 was the result of a laboratory leak. It is also unclear if Drs. Fauci or Collins edited the paper prior to publication.”

When the published Nature Medicine article did not sufficiently squash scientific doubts about a natural origin for the COVID virus, Collins and Fauci conferred on how to further put down “the lab leak” suspicions:

“On April 16, 2020, more than two months after the original conference call, Dr. Collins emailed Dr. Fauci expressing dismay that the Nature Medicine article—which they saw prior to publication and were given the opportunity to edit—did not squash the lab leak hypothesis and asks if the NIH can do more to “put down” the lab leak hypothesis.10

“The next day—after Dr. Collins explicitly asked for more public pressure—Dr. Fauci cited the Nature Medicine paper from the White House podium likely in an effort to further stifle the hypothesis COVID-19 leaked from the WIV. 11”

A Sad New Chapter in Death By Government

A seminal study of 20th Century history called Death By Government, provides an exhaustive reckoning of the millions of lives extinguished as a result of what author R. J. Rummel terms “democides.”

Democides are not wars between nations. They are wars that governments of the 20th century conducted against their own citizen populations.

Rummel’s tally of the worst democides of the 20th century include astounding, heartbreaking numbers:

[NOTE: the numbers shown in the chart represent multiples of a million; thus the democide number of 61,911 for the U.S.S.R. means 61,911 million deaths, etc.] 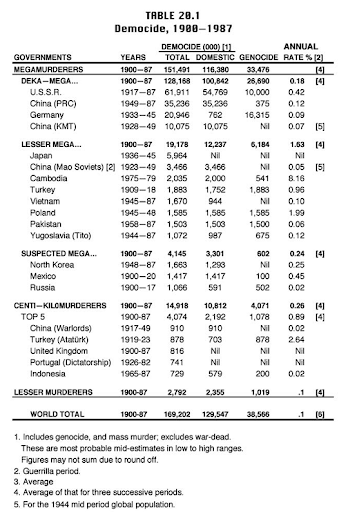 The tragedy of the COVID War is that it was spawned by governmental authorities, and precipitated devastating policies by governments around the world that compounded the suffering of many millions.

The U.S. and Chinese governments share the most blame for COVID. Governmental authorities broke laws and proved virtually unbounded by any ethical considerations in their dangerous scientific pursuits.

It’s now beyond any doubt that the highest levels of both governments colluded in illegally creating highly lethal viruses, and at the very least, in trying to cover their tracks in the wake of the COVID outbreak and spread.

As a result, by their own numbers, COVID has directly resulted or contributed to close to six million deaths worldwide (according to data compiled by the World Health Organization).

And even that number doesn’t account for corollary deaths and suffering from economic devastation, ensuing poverty and hunger, increases in suicides, and adverse events from experimental gene-level COVID injections deceptively labeled as vaccines.

When people speak of Nuremberg level crimes in the context of the figures involved in the disasters of the COVID War, this is what they’re getting at.

At this point, Americans and average citizens of nations around the world should be calling for a global COVID tribunal to fully investigate every aspect of the origin and consequences of the virus, and the policies that followed.

If there’s one thing that the COVID War has proved, it’s that death by government, fueled by technocratic ambitions run amok, is alive and well in the 21st century.

The Trends Journal has been comprehensively covering every aspect of the COVID War disaster since early 2020.