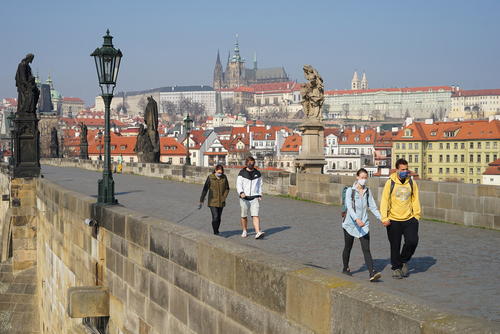 We had forecast this would happen in nations across Europe and it is. Bowing to public pressure, last Wednesday the Czech Republic’s government declared it will end orders to make COVID-19 vaccinations mandatory for large segments of the population because it did not want to further deepen social strife.

“This does not change our stance on vaccination,” Petr Fiala, the prime minister, said. “It is still undoubtedly the best way to fight COVID-19, however, we do not want to deepen fissures in our society.” (See “GREECE, CZECHIA, THE U.S.: LOCKDOWN UPDATES” and “EUROPEAN COURT: FORCED JABS LEGAL.”)

Fiala’s decision came after a December order from the previous government to demand hospital workers in the country and those over 60 to roll up their sleeves and take the jab. The move at the time came after Austria announced that it would force citizens to take the jab.

Prague said at the time that Vienna started a trend “that will prevail across Europe.” Under the old guidelines, those who refused the jab would be barred from working, Reuters reported. The decision sparked protests in the country claiming that forced vaccinations stripped their freedoms.

Again, despite record numbers of cases in the country of 10.7 million, hospitalizations dropped to about 1,635 on Tuesday, which is far from the country’s peak in early December when more than 7,000 required medical care.

TREND FORECAST: Once again, our forecast that the COVID War would wind-down in late March/mid-April is reality. Business is the bottom line: “It’s the economy, stupid,” and politicians are being pressured to restore the socioeconomic climate that was devastated by the COVID War.