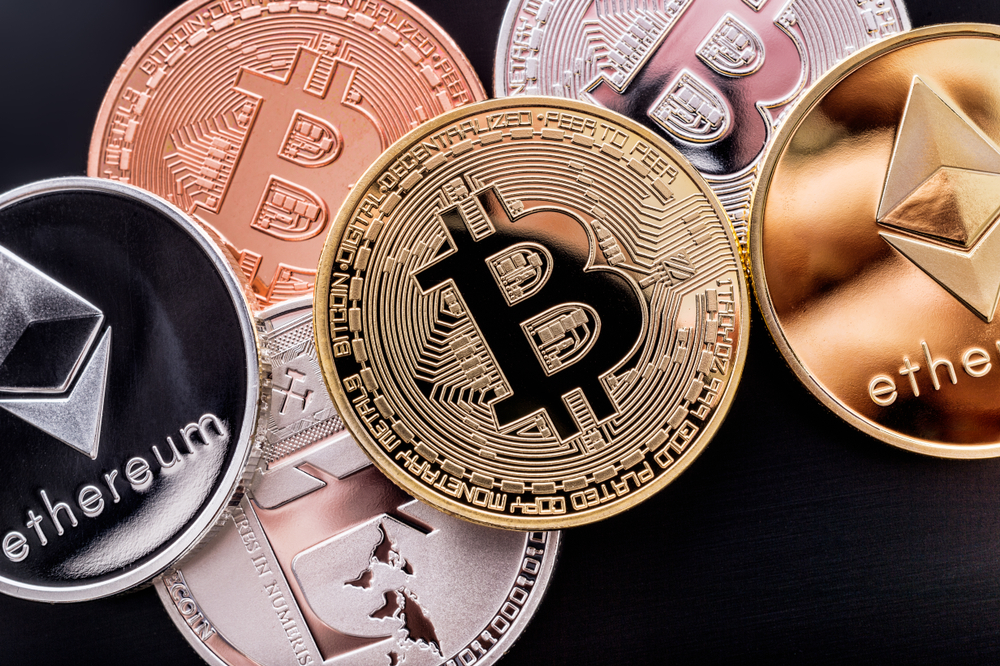 This past week saw big moves and major news in the crypto markets. More and more people, corporate powers, financial institutions, and even governments appear to be seeing the writing on the wall. Decentralized digital currencies that are resistant to manipulation are quickly becoming a mainstream reality.

ESCAPE FROM BITCOIN? NOT LIKELY FOR WALL STREET BANKS. In the classic sci-fi thriller from the 80s, Kurt Russell finally made it out of a hellhole prison of NYC. It’s 2021, and big banks based on Wall Street are staring at bitcoin and other digital currencies they don’t control. And some are beginning to say that there will be no escaping the reality of blockchain currencies.

“The demand isn’t there yet, but I’m sure it will be at some point,” JPMorgan co-president Daniel Pinto was just one of the movers who seemed closer to accepting the ascendancy of bitcoin. The so-called “original” crypto was trading at around $29,000 on 1 January. This past week it flirted with the $50,000 mark.

The enthusiasm for digital currencies is forcing the banking industry to pay attention. As investors go all in, it’s becoming a fear game.

Corporations, tech, and financial giants that don’t get aboard may find themselves left behind.

Perhaps that’s why Goldman Sachs recently hosted a private forum on digital currencies that featured the CEO-founder of crypto firm Galaxy Digital, Mike Novogratz. According to CNBC, there’s growing pressure from within Wall Street banks to accept bitcoin as a legitimate asset class.

While banks have focused on blockchain technologies, they have been reluctant to enter the crypto market. Part of the reason is that they are the most regulated institutions among financial firms, due to the huge importance they play in the functioning of the economy. A move by any of the nation’s largest banks to embrace bitcoin would be taken as a pivotal moment for digital currencies that decentralized, i.e., not confined to any government or particular institutional or individual actors.

In 2017, when bitcoin experienced a relatively short-lived boom, some banks including Goldman Sachs considered getting into crypto investments. Others were skeptical, including JPMorgan CEO Jamie Dimon, who opined that bitcoin was a fraud destined for disaster.

LOOK WHO’S MINTING DIGITAL CURRENCY NOW (OR IN THE NEAR FUTURE). Central banks have turned from spurning digital currencies to implementing plans and strategies to “mint” them. As many as one out of five of the world’s central banks might be issuing their own digital currencies within the next three years, according to a survey by the Bank for International Settlements, a central bank umbrella group.

With the use of physical money declining, and looking at the threats that digital currencies are posing to their money-printing powers, central banks have no choice but to take notice. From the famously anonymously created bitcoin, to “Diem,” the latest attempt by Facebook to get into the digital currency space, pressures on the traditional gatekeepers of “stores of value” are increasing.

Some central banks are reportedly looking at ways “digital cash” could be used to sustain the controversial policy of negative interest rates. In general, digital currencies being developed can be expected to work in a similar way that transactions are currently conducted, via payment apps and downstream financial institutions. But unlike digital currencies including bitcoin, central bank currencies will be controlled by governmental powers.

A fresh BIS survey of 65 central banks reported that over 85 percent were assessing digital currencies or even testing designs. It’s considered likely that banks from developing economies are more likely to be early issuers. The Bahamas became the first country to launch a so-called CBDC (Central Bank Digital Currency), named the Sand Dollar, this past October.

The biggest tester in the world, however, is China, which spread an initial 1.5 million offering of its digital yuan currency during the recent Lunar New Year. It could be seen as a primarily symbolic action at this point. But before that, this past August, they expanded a trial of a digital renminbi to internal regions composing 400 million people, more than the entire population of the U.S. Over the last several years China has used Mobile pay, mostly through the Alibaba-affiliated Alipay app and Tencent’s WeChat Pay, to replace cash as the predominant form of consumer payment in that country.

Meanwhile, a digital euro is in the works, according to ECB President Christine Lagarde. And U.S. Federal Reserve chief Jerome Powell has said it is continuing to carry out efforts to create a digital dollar.

TALKING DOWN CRYPTO STILL A THING. As decentralized cryptocurrencies, blockchain innovators, and governments via central banks vie with each other in the current craze, there remain naysayers. This past week, Tim Lane of the Bank of Canada called the crypto boom a “speculative mania.”

Canadian investors who, up to now, have focused on gold and silver are jumping into the crypto markets, along with the rest of the world. But in a speech on payments innovation, Lane pointed out flaws of the most popular cryptocurrency, bitcoin, saying that costly verification methods and “unstable” purchasing power (due to the volatility of the price of bitcoin) made it a poor choice for payments. “The recent spike in their prices looks less like a trend and more like a speculative mania – an atmosphere in which one high-profile tweet is enough to trigger a sudden jump in price.”

Nonetheless, Lane admitted that the BoC is accelerating its eﬀorts to implement a digital currency. And he said that Stablecoins – whose value is pegged to some external asset – have oﬀered more stability than other cryptocurrencies. But predictably, he advocated that central banks should issue them, as opposed to non-government-controlled decentralized alternatives.

PAYPAL CEO DOWNPLAYS CRYPTO INVESTING. PayPal CFO John Rainey claimed the company won’t be following in Tesla’s footsteps with any multi-billion-dollar purchases of bitcoin or other cryptocurrencies. “We’re not going to invest corporate cash, probably, in sort of financial assets like that, but we want to capitalize on this growth opportunity that’s in front of us,” said Rainey during an interview on CNBC’s “Mad Money.”

PayPal has recently said it intends to focus more on returning cash to shareholders and in making new acquisitions than in buying crypto. But it has also acknowledged that digital currencies, in one form or another, are quickly becoming the new reality.

Since October, the company has allowed users to buy, hold, and sell some major cryptocurrencies including bitcoin, ethereum, and litecoin. And users can also shop with the digital coins in PayPal’s retail network. Venmo, the mobile wallet under PayPal’s umbrella, will likely oﬀer those same services very soon.

markets appear to be the target group for Amazon’s latest moves into developing its digital currencies. Recent social media posts and other info suggest that the company is intending to launch a new payments system initiative called “Digital and Emerging Payments” (DEP).

“We are looking for a leader to help us launch a new payment product stating with Mexico as our initial launch country,” Amazon revealed. “This product will enable customers to convert their cash into digital currency using which customers can enjoy online services including shopping for goods and/or services like Prime Video.”

Noticeably absent from the company’s plans are bitcoin, ethereum, and other uncontrollable public cryptos. Though Mexico appears to be a “prime” target for its digital offerings, it’s clear their DEP project will more broadly focus on emerging markets the world over.

Some industry observers say it’s unlikely Amazon will delve far into the current cryptocurrency market to integrate into payments.

According to Ripple’s David Schwartz, the barriers would be considerable:

A DIGITAL EURO DOESN’T YET EXIST, BUT LIMITS ON HOLDING IT ALREADY BEING DISCUSSED. The rush to digital currencies might create bank runs that would disrupt the economies of Europe, according to Fabio Panetta of the European Central Bank (ECB) executive board. He suggested the solution might be to limit Euro-area residents’ holdings of a future digital currency to 3,000 euros.

The ECB is at the forefront, along with China, in efforts to introduce a digital currency that it controls for use among its citizens. But the implementation of a “digital euro” may still be four or five years away, according to the Frankfurt-based institution. “Trying out the digital euro in different cities would probably be a wise move,” said Panetta. A commercial trial would likely follow the example of China, which has allowed citizens of Shenzhen to test a digital yuan at various commercial establishments including Walmart and gas stations.