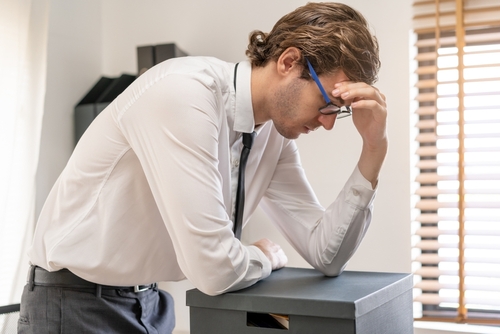 Beset by a “crypto winter” in which cryptocurrency values have tanked and investor interest has chilled, companies in the industry are cutting jobs and slowing hiring.

Coinbase, the largest U.S. exchange, had previously said it would hire 6,000 new workers this year but recently rescinded job offers to more than 300 people. Gemini Trust, another exchange, has dumped 10 percent of its workforce, The Wall Street Journal reported.

The crypto industry doubled its payroll from November through April after Bitcoin set a record price above $68,000 in November, giving new enthusiasm to investors and new energy, and cash, to digital currencies and exchanges.

Since then, Bitcoin’s value has crashed by almost two-thirds and the crypto market as a whole has shrunk by 59 percent, according to the WSJ.

The loss of value has led many investors out of the market, leaving crypto companies doing less business, collecting less in fees, and needing fewer employees.

The number of industry jobs listed on employment website CryptoJobs has fallen 20 percent since March, the company said.

Also, industry firms spent $10 million in April on advertising, a fraction of the $73 million doled out in February, which included spending on Super Bowl ads.

Crypto miners are suffering too, with revenues plunging from $62 million in November to $27 million last month, research service GlassNode said.

Transaction fees, the chief revenue source for crypto exchanges, were 50 percent less in this year’s first quarter and likely will be little different this quarter, Kavita Gupta, founder of the Delta Blockchain Fund investment firm, predicted in a WSJ interview.

Despite a chilly spring, venture firms are still backing new crypto enterprises, as we reported in “Barclays, Goldman Back New Crypto Platform” and “Despite Recent Crash, Investors Put New Money Into Crypto,” both in our 24 May, 2022, issue.

With this year’s second quarter about to close, investors have placed $6.8 billion with digital asset companies in the current three-month period. That represents almost a 32-percent drop from the first quarter.

TREND FORECAST: The crypto winter will be a long, chilly one.

Cryptos and NFTs were fun to play with when money was cheap and prices bounced back from every reversal.

Those days are over. Investors will shelter in conservative investments—value stocks and others that ride the crest of inflation’s wave—for the foreseeable future.

And while that’s way down from the top, it is way up for those who bought the cryptocurrency when it was selling for pennies on the dollar and hundreds of dollars.

Also weighing down Crypto’s are increasing words, and possibly deeds, by governments to impose regulatory actions so they will have extended greater controls over the trading of digital assets.