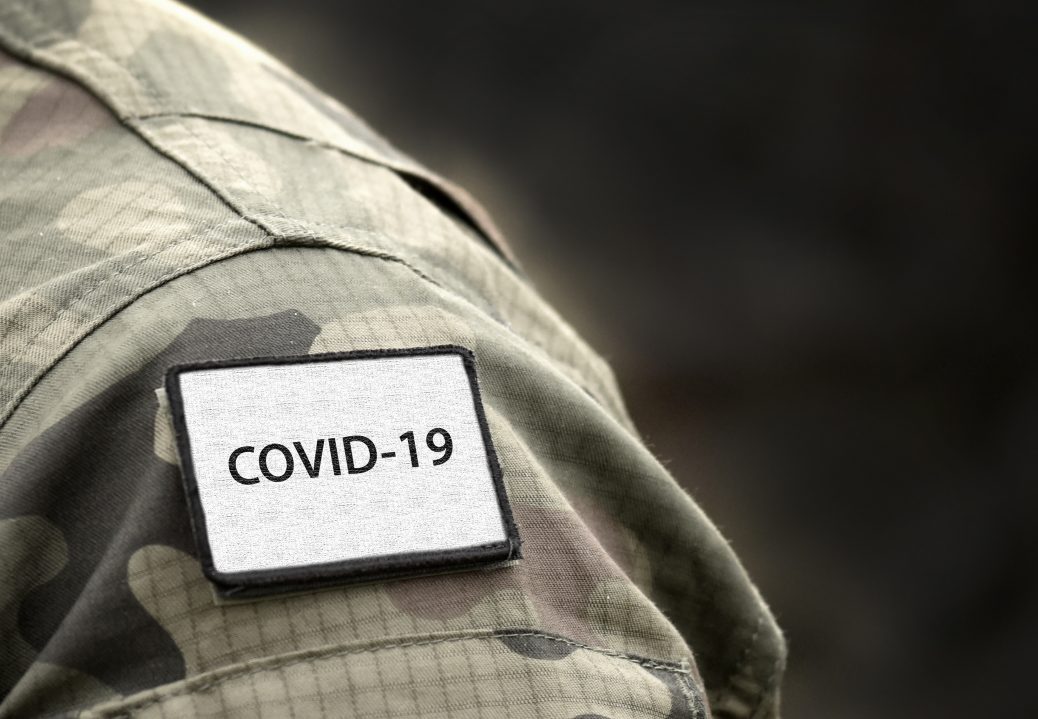 Go back to your February and March Trends Journals. In those issues, we reported how Presstitutes and politicians began selling the coronavirus as the “COVID War.”

The louder the war drums beat, the more obediently the masses followed their leaders… as they continue to do.

Go back to the 9/11 “War on Terror.” This war had Americans tying yellow ribbons on everything that didn’t move to waving the red, white, and blue on flag poles to car antennas… the nation proudly launched the Afghan War to get Osama Bin Laden “dead or alive” and wipe out terrorist cells ready to again strike the homeland.

Nearly two decades later, the war still rages and there have been no terror attacks since 9/11.

The fear of war sold by lowlife Presstitutes and murderous Presidents that Iraq’s Saddam Hussein had WMDs and ties to Al Qaeda, which killed over a million Iraqi’s, was championed by most Americans… and the unfortunate troops who died and whose lives have been ruined.

American troops still fight and occupy Iraq. There have been no terror strikes in the U.S. from Al Qaeda.

Selling fear that Bashar Assad of Syria and Muammar Gaddafi of Libya “have to go”… to wipe out evil-doers and terror cells from “sea to shining sea” and to the shores of Tripoli, have destroyed their countries and killed several hundred thousand innocent civilians and displaced millions.

Around the world, the masses, as they have done over the centuries, blindly and subserviently follow their leaders.

Who is getting killed by the COVID War that has little children and adults fearful, masked-up, and locked down?

Again, virtually absent in the mainstream media and dismissed by the loyal war followers when cited is the fact that across the globe, some 50 percent of the virus victims were elderly from nursing homes and those suffering from pre-existing chronic conditions.

Additionally, there is barely a mention in the mainstream media and from politicians that the COVID killer takes out people suffering from obesity and Type 2 diabetes.

Reports from WebMD that, “People who are obese are one of the groups at the highest risk of the disease regardless of their age,” are not mainstream newsworthy.

WebMD also notes, “During the 2009 H1N1 influenza pandemic, there was a strong link between obesity and bad outcomes for patients” and “People with obesity were at a higher risk of dying during flu pandemics in the 1950s and 1960s too.”

Each day, the media blares the amount of new cases without mention that some 99.36 percent or more of those infected with the virus recover after having just slight symptoms.

Absent is the line the Associated Press used to report when covering the COVID Hysteria: “For most people, the coronavirus causes mild or moderate symptoms. For some, it can cause severe illness such as pneumonia, or even death.”

TREND FORECAST: Just as the United States and its allies have not won a war since World War II, they will also lose the COVID War. The financial cost and personal devastation will be irreconcilable.

The “Greatest Depression” has begun. The socioeconomic and geopolitical fallout will incite civil and regional wars.