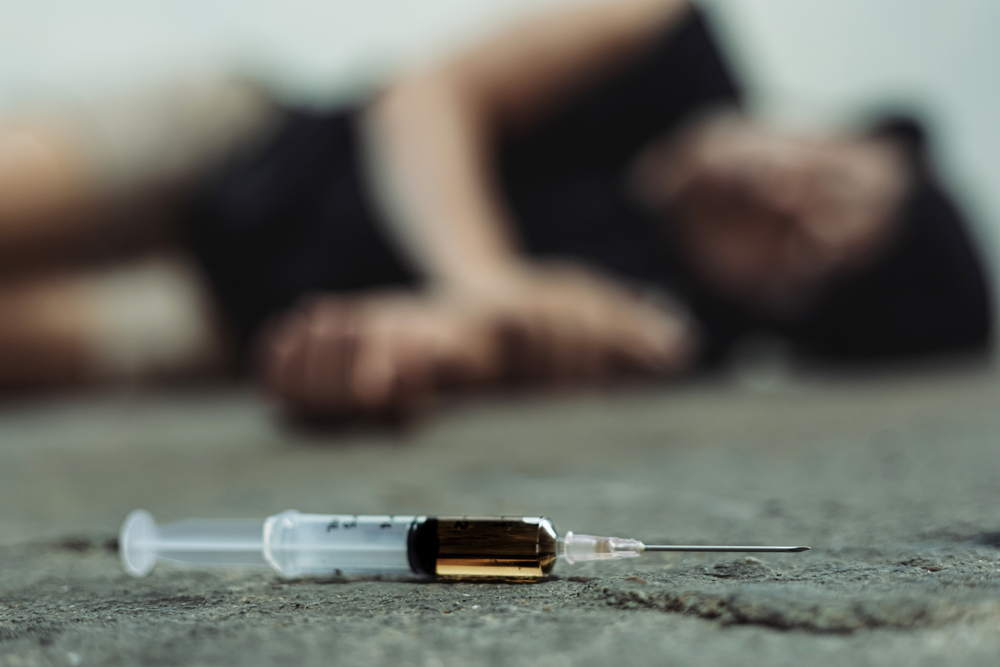 Fentanyl, a synthetic opioid 50 times more powerful than heroin, and whose illegal use had already attained epidemic proportions in the U.S., is the chief drug involved in a 30 percent increase in deaths caused by drug overdoses in 2020. That's the biggest annual increase in thirty years.

But the real culprit, according to the Centers for Disease Control and Prevention, and reported on 15 July by the Wall Street Journal, is the COVID War and the job losses, isolation and other trauma that have resulted from the shutdowns and other restrictions imposed to try to deal with the "pandemic."

Of over 93,000 deaths from drug overdoses in 2020, over 57,000 were from synthetic opioids, including fentanyl, which is often mixed with other illicit drugs, such as heroin, with or without the user's awareness. The number of deaths involving synthetic opioids was more than 54 percent higher than in 2019, while deaths from opioids in general were up by more than 37 percent. Deaths from overdoses of cocaine and methamphetamines were also higher.

The WSJ article states that, "according to preliminary mortality data," COVID-19 was the third most-prevalent cause of death in the U.S. in 2020, following heart disease and cancer. The fourth most prevalent cause was unintentional injuries, and that category includes drug overdoses. (Kindly note that Trends Journal has consistently questioned the accuracy of the COVID death count, as in the April 2020 article, "THE NUMBERS DON'T ADD UP."

So the increase in drug overdoses is, along with COVID-19, helping to reduce U.S. life expectancy, which in 2020 may have suffered the greatest drop since 1943, when World War II was a significant factor.

These figures show that the toll in human lives taken by COVID-19 goes beyond the estimated 337,883 U.S. deaths attributed to the disease last year. The connection between the COVID War and the increase in drug overdoses has to do with people locked down and unable to access treatment for drug use or addiction, as well as interruptions in or suspensions of treatment programs. The stress of job losses and the deaths of family and friends is also a factor, as is the lack of social interaction caused by businesses shutting down, which deprived people of "coping mechanisms."

These factors were cited in the TJ article of September 2020, "COVID LOCKDOWNS INCREASE DRUG ABUSE."

For some, the increased stress caused them to wind up homeless.

Needless to say, the COVID War has not made things any easier for those already dealing with mental health issues. We all know that disruption of day-to-day life patterns and enforced isolation can make even the most stable, well-adjusted person go a little bit crazy.

The article reports that public health and drug treatment experts are calling for "urgent, comprehensive measures" to address the crisis. The approach by many state and local authorities is to bring some $26 million in lawsuits against the opioid manufacturers and distributors, alleging that Big Pharma created widespread addiction by promoting the prescribing of such drugs beyond what was medically necessary, and that resulted in increased use of drugs like heroin and illicit fentanyl.

The drug companies claim that all they did was to sell or distribute a legal pain-management product for prescription by doctors. But, so far, Johnson & Johnson has agreed to pay $230 million to settle a lawsuit brought by the State of New York, which, along with 14 other states, has reached a settlement with Purdue Pharma LP, the maker of OxyContin, which is a controlled-release form of oxycodone, another semi-synthetic opioid.

TREND FORECAST: As we noted in October 2019, in "THE OPIOID WARS," OxyContin was approved by the FDA under Bill Clinton in 1996, and within two years, following a promotional video of a doctor saying that it had no "serious medical side effects," prescriptions increased by 11 million.

Unless people unite for Freedom, Peace and Justice, 2020, the year the COVID War was launched, will mark the beginning of the end of humanism.