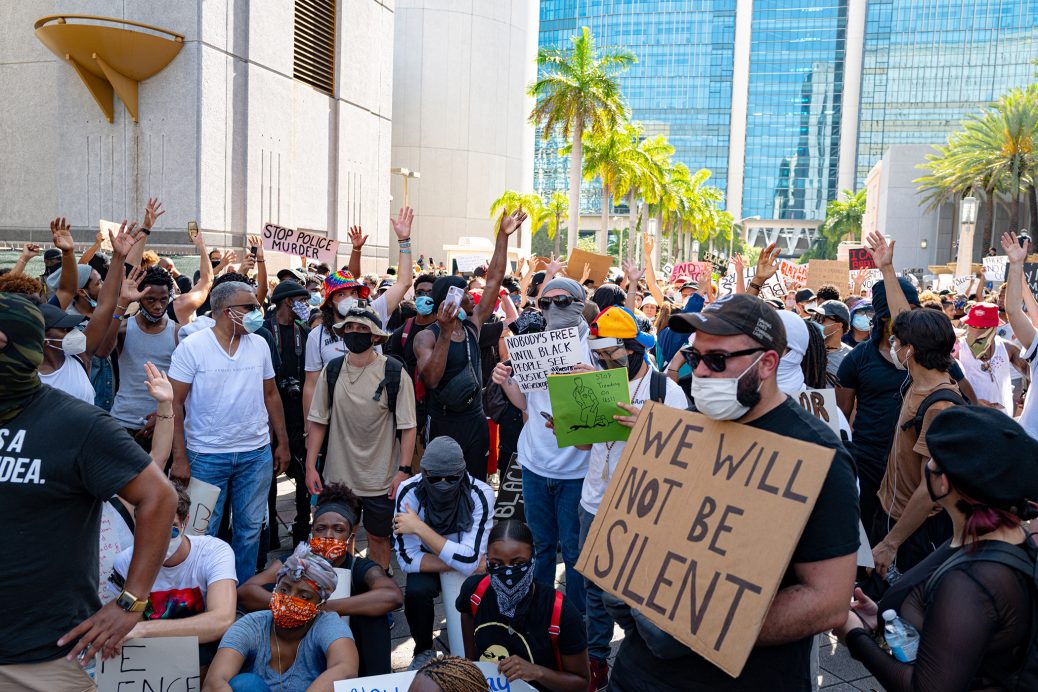 When people refer to me as a “futurist,” I say, “No, I’m a trend forecaster. I observe and analyze current events forming future trends. No one can predict the future… there are too many wild cards, whether man-made or made by nature.”

And now, in just five short months, two major wild cards have been dealt that have changed history.

The first, whether made by nature or man-made in a laboratory, COVID-19 has changed the world.

Never in history has such a minor event spawned such a major reshaping, for the worse, of the global economy and several billion people.

Day after day, economies across the globe closed down as politicians locked down nations, putting hundreds of millions out of work and destroying millions of privately owned businesses.

The socioeconomic and geopolitical implications, as we have been detailing in the Trends Journal, have been devastating. The “Greatest Depression” has begun.

The Worst is Yet to Come

Since the lockdowns began and millions lost their jobs, continually, I forecast there would be escalating crime and violence, warning, “When people lose everything and have nothing left to lose, they lose it.”

And then, in an unfortunate coincidence, with much of the world still locked down in misery and negativity, on 25 May, another terribly destructive, morally debilitating wild card was played in the United States with the murder of George Floyd by a Minnesota policeman, Derek Chauvin.

If this had happened 20 years ago, it would have come and gone, all but a few never would have known about it, and the police would have gotten away with it.

The police would have made up a story of why they killed the man, just as the Minneapolis police did when Chauvin killed Floyd, saying he was resisting arrest.

But in our new world of surveillance, their lie was caught on camera and played across the globe. The horror of watching it was heartbreaking for many and vengeful for others.

As many of us know, last Thursday, an unarmed African-American man, George Floyd, died in Minneapolis after a police officer, Derek Chauvin, kept a knee on his neck for over eight minutes while he was on the ground, handcuffed, pleading that he couldn’t breathe.

Floyd was arrested by police after a store employee called 911, accusing him of passing a counterfeit $20 bill.

The entire incident was videoed on the phone of a bystander. That video, including the victim repeating “Please, I can’t breathe” and “Don’t kill me,” went viral, leading to the arrest of officer Chauvin. The three, additional policemen who were at the scene and watched have not been charged with a crime.

It was reported Chauvin had 18 official complaints on his record, two of which had led to department discipline.

The video set off a storm of protests, riots, looting, and violence not only in Minneapolis, where protesters torched a police station, but across the country including Detroit, Louisville, Dallas, Atlanta, New York City, and near the White House.

Police in military vehicles and riot gear confronted demonstrators in over 20 other cities, using tear gas and rubber bullets to disperse crowds. Police vehicles were set on fire and looting took place in a number of cities. Thousands have been arrested.

The Drama Continues to Unfold

Reacting to the violence breaking out on city streets across America in protest against the death of George Floyd, last Friday, President Trump went from aggressive threats to somber reflection in a series of tweets.

Early in the day, he tweeted, “These THUGS are dishonoring the memory of George Floyd, and I won’t let that happen. Just spoke to Governor Tim Walz and told him that the Military is with him all the way. Any difficulty and we will assume control but, when the looting starts, the shooting starts. Thank you!”

It was reported President Trump was sequestered in a special protective bunker for some time due to escalating protests close to the grounds of the White House. The decision reportedly was made by the Secret Service after they heard loud, angry chants from the nearby park. This was the same bunker room occupied by then-Vice President Dick Cheney following the planes crashing into the World Trade Center buildings on 9/11.

A number of President Trump’s critics started using the hashtag “#bunkerboy” to ridicule him.

On Saturday, Christopher Swanson, a sheriff in Flint, MI, made headlines by joining in with protesters. As they approached the Flint police headquarters, the sheriff, dressed in riot gear, took off his helmet, dropped his batons, and addressed the protesters: “We want to be with y’all for real so I took the helmet off and laid the batons down.” He added, “The only reason we’re here is to make sure you have a voice.” He then joined in and walked alongside the demonstrators.

But, for the most part, looting and confrontations between police and protesters continued over the weekend, spilling over into Monday. Police used tear gas, stun grenades, and rubber bullets in a number of cities.

This article from AP last night summed up the extent and reach of the crime wave and violence now sweeping America:

“Vandals robbed malls and shopping centers in communities outside Chicago. They stormed stores across the San Francisco Bay in what appeared to be coordinated smash-and-grabs. Banks and a sleek, modern office building were burned to the ground in a San Diego suburb.

As officials locked down city centers due to protests and violent unrest over police brutality, trouble has emerged in some neighborhoods and suburbs, leaving communities that felt insulated from the early unrest suddenly vulnerable and fearful.

Many city and suburban officials blamed most of the mayhem on opportunists rather than those protesting the killing of George Floyd, a handcuffed black man who pleaded for air as a white Minneapolis police officer pressed a knee against his neck.

More than 100 people converged on an outdoor mall in Walnut Creek, a wealthy San Francisco suburb, carrying away garbage bags stuffed with merchandise. Video from news organizations and bystanders showed women hauling pricey purses out of stores. One woman was shot in the arm by someone in a vehicle that sped from the scene, police said.

“We all understand the rage and the feelings that many have over what’s happening in Minnesota. What we’re concerned is that these people that are here have nothing to do with that; they are just here to make mayhem,” Mayor Loella Haskew told KRON-TV.

Walnut Creek was trending on Twitter Saturday with many posters threatening to stir up trouble in the wealthy and mostly white suburb.

But the problems affected racially and economically diverse neighborhoods too.

In West Philadelphia, a predominantly black neighborhood far from the city center, police on Saturday fired tear gas, people were seen running from at least one store with goods and police cars were ablaze or otherwise damaged. In Northeast Philadelphia, people ran into stores and emerged with merchandise.

Even so, pop-up peaceful protests were scattered all over the Philadelphia suburbs — ranging from several hundred in public parks to a few people holding signs in supermarket parking lots.”

The last time New York City was put on curfew was 1943, when an uprising in Harlem was ignited after a white policeman shot a black soldier. Five people were killed during the protests.

TREND FORECAST: The nation, already economically battered by the COVID shutdown, is now being dragged down deeper into the “Greatest Depression” as curfews, vandals, riots, and crime sweep across the country.

The levels of negativity and despair will worsen as the heat of the summer clashes with desperation and outrage of the tens of millions – Black, White, Hispanic – out of work, who, with nothing left to lose, will be losing it.

The nation will become more militarized; violence and crime will escalate; and, minus a wild card of peace, compassion, love, and kindness from a higher order, America will begin its decent in Civil War 2.0.