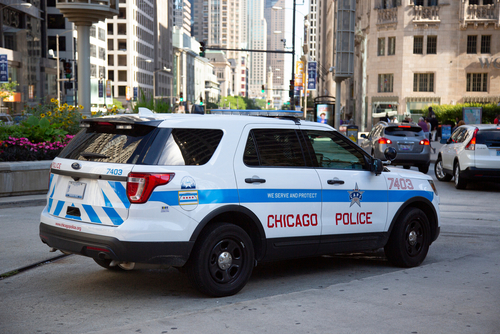 No surprise to Trends Journal subscribers, we had long forecast a crime wave would be one of the deadly implications of the COVID War. But now it is “shocking news” to the mindless masses who swallow the bullshit poured out by politicians and Presstitutes: “Homicides are spiking across America.”

As reported by The Wall Street Journal on 4 January, 2021 has been a banner year for homicides in both the city of Chicago and surrounding Cook County, and most involved people being shot to death.

The county recorded 1,087 homicides for the year, including those in Chicago proper. All but 85 were gun-related.

Those 1,002 people shot to death in all of Cook County represent an increase of 121 over 2020 and almost double the number for 2019. It's the highest number of gun-related homicides ever recorded in Cook County.

Strictly within the confines of Chicago, 2021 saw 797 homicides. That's the highest number in any year since 1996.

TRENDPOST: Chicago has never been among America's safest or most crime-free cities. But recently crime, from shoplifting to homicide, has markedly increased.

As Trends Journal has noted—see "CRIME ON THE RISE DURING THE GREAT LOCKDOWN" (21 Apr 2020) and "COVID WAR = MAJOR U.S. CITIES WAR ZONES" (14 Dec 2021)—part of the blame lies with how the COVID War has played havoc with people's lives and livelihoods; as Gerald Celente often says, "When people lose everything and have nothing left to lose, they lose it."

But another reason is the "fundamental transformation" of America's criminal justice system being carried out by anti-police, pro-criminal prosecutors like Cook County State's Attorney Kim Foxx, who, by often declining to prosecute and by "bail reform" (both of which put repeat offenders back on the street), have effectively removed much of the legal deterrence to criminal activity; see "CHICAGO'S COVID CRIME WAVE FOLLOWS SAN FRAN'S MODEL" (26 Oct 2021).

TRENDPOST [File under "Gallows Humor"]: A friend writes: "As our plane descended, I looked out the window and it appeared that the streets of Chicago were lined with gold! But, once on the ground, I realized it was just the sun glinting off all the spent shell casings!"