COVID JAB EFFORT SLOWS GLOBALLY: WILL THE HERD BE IMMUNIZED? 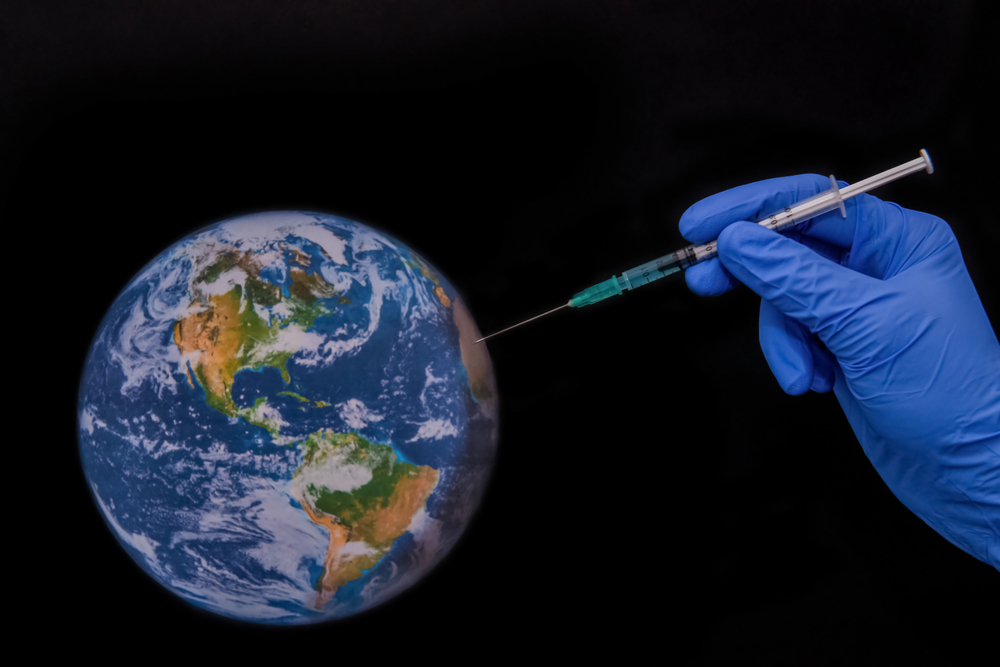 As we had forecast the first week of this year, the COVID War would wind down late March/mid-April.  With the exception of lockdown China who launched the COVID War on Lunar New Year January 2020, the Year of the Rat, most nations have eased COVID mandates.

Recognizing the slowdown, health officials say the World Health Organization’s ambitious goal of vaccinating 70 percent of the public around the globe will likely never be realized due to the slowing rate of vaccinations and funding issues.

Dr. Isaac Adewole, the former health minister of Nigeria, told The New York Times that there has been a palpable “loss in momentum.” The world’s poorest countries have had the most difficulty vaccinating their populations, the report said. Many have lower than 20 percent fully vaccinated. But a nation’s wealth does not necessarily mean the 70 percent threshold was reached. The U.S., for example, is at 66 percent vaccinated.

TRENDPOST: Once again, health “officials” have turned to using fear to get the public to submit themselves to the vaccine. They’ve warned that the lack of jabs could result in the emergence of another variant in the fall.

Dr. Seth Berkeley, the chief executive of Gavi, the nonprofit that runs the global vaccine clearinghouse Covax, told The Times, “This pandemic is not over yet—far from it—and it's imperative that countries use the doses available to them to protect as much of their population as possible.”

But the Times report pointed out that some health officials are questioning whether the 70 percent benchmark is feasible or even needed. The paper reported that the number of deaths from the virus in sub-Saharan Africa are “comparatively low” compared to other, more vaccinated countries.

Earlier this month, The Trends Journal ran a report, “PFIZER: DRUG DEALERS ON PARADE,” that pointed to the Centers of Disease Control and Prevention’s Vaccine Adverse Event Reporting system database that found the number of COVID vaccine deaths and serious adverse events and injuries surpasses all previous vaccines in the history of vaccinations combined.

The Times report pointed out that about half of the vaccines that have been delivered to Africa have been unused and the number seems to be dropping by the month.

Deprose Muchena, Amnesty International's director for East and Southern Africa, said Covid-19 “should have been a decisive wake-up call to deal with inequality and poverty.”

“Instead, we have seen deeper inequality and greater instability in Africa exacerbated by global powers, especially rich countries, who failed to ensure that big pharma distributed vaccines equally between states,” he said.

TRENDPOST: Dr. Anthony Fauci, for example, ordained by the Presstitutes as “The Greatest Epidemiologist the World Has Ever Known,” first bullshitted that herd immunity from COVID-19 would be reached in the U.S. when 70 percent of the population had been vaccinated.

Kit Yate, of the U.K.'s Bath University, said that herd immunity would be impossible with less than 90 percent of the population vaccinated. But that was when the Delta variant, and the fading effectiveness of the vaccines, had changed the equation; see "THE VAX NOT WORKING?" (27 Jul 2021).

TREND FORECAST: With the reality that regardless of how many people are vaccinated there will be no herd immunity, governments will push for yearly COVID booster shots for people of all ages.