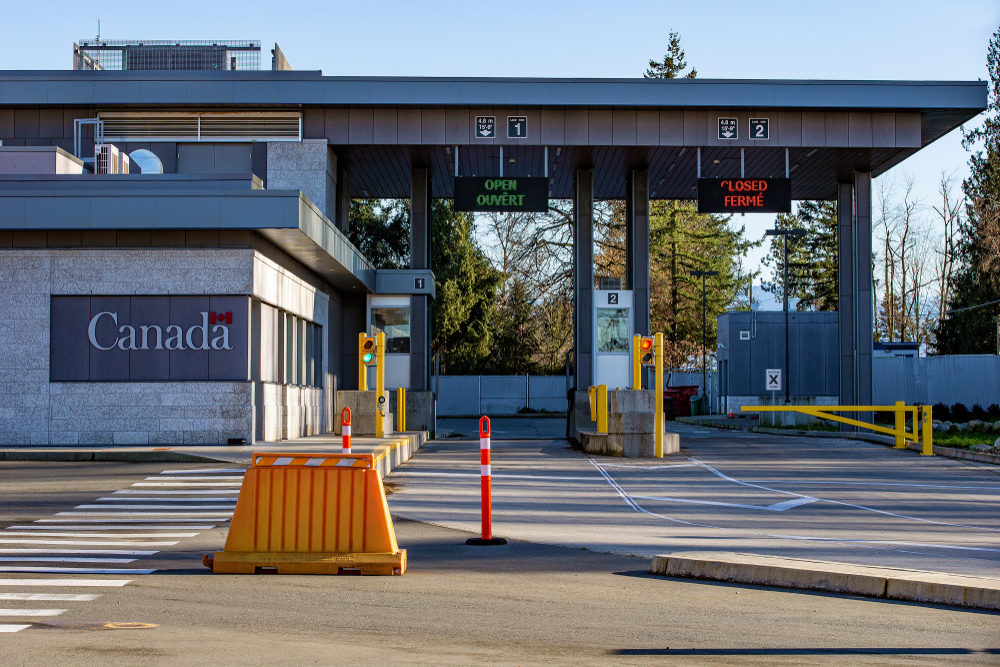 Pushing the COVID Jab, and with less than 15 percent of Canadians having had both shots, the dictator of Canada, Prime Minister Justin “Daddy’s Boy” Trudeau announced yesterday that his Highness would lift border restrictions on 5 July for fully vaccinated citizens.

However, according to Reuters, it would be months before U.S. and other foreign travelers could enter the country.

This past Friday, Trudeau told reporters on Friday that he understands why some people are growing impatient. Without providing a scintilla of evidence, the boy said that there is still concern that those vaccinated could still transmit the virus.

“But from the very beginning we as a government have been there for Canadians and that means doing what’s necessary to keep them safe,” he said, according to Politico.

The decision faced immediate backlash. U.S. Representative Brian Higgins, the co-chair of the Congressional Northern Border Caucus, took to Twitter, and wrote, “There’s no other way to say it: another month’s delay is bullshit.”

The Politico report said Higgins, who is a New York Democrat, was joined by Rep. Bill Huizenga, a Michigan Republican, and blasted what they say was a “lack of transparency” surrounding the negotiations.

“While the arrival of vaccines in record time has been a modern marvel, the inability for U.S. and Canadian governments to reach an agreement on alleviating border restrictions or aligning additional essential traveler classes is simply unacceptable,” they said in a joint statement.

Canada’s Intergovernmental Affairs Minister Dominic LeBlanc said Ottawa was discussing plans with domestic and international partners "with the goal of allowing fully vaccinated travelers to enter Canada for non-essential reasons in the months to come."

TRENDPOST: As we have reported, travel restrictions between countries took effect in March 2020. And as we have continually noted, despite the report, there are provinces that continue to be sealed off from each other.

And to illustrate the stupidity of those in charge, we reported one month ago in the Trends Journal that since the COVID War began in March 2020, in Nova Scotia for example, a province of 979,351 people, the grand total of 72 had died from the virus or the grand total of 0.00735 percent of the population.

Thus, over that 16 month period, that’s 0.0006127 percent of the population on average who died from the virus per month. Additionally, some 87 percent of those who died, according to the Canadian government, were over 70 years of age... and 67 percent were over 80 years old.

Over 12 months, some 80 people died from car accidents in the province... but the “lawmakers” did not shut the country down or impose restrictive “rules of the road.”

Freedom? RIP in Canada. Only the ruling political class and their flunkies, i.e., “authorities” have the power to declare who can be free, when, where, and why, as evidenced by the draconian dictates imposed on the people under the guise to fight the COVID War with the clear goal as to get as many people vaccinated as possible.

As the facts show, there have been some 26,000 alleged COVID related deaths in a nation of 38 million or just 0.068 percent of the population died from the virus.

Making it perfectly clear that they are selling their “No Freedom” unless you get the jab, Public Safety Minister Bill Blair told the Canadian Broadcasting Corp that the restrictions could not be lifted until 75 percent of Canadians had been fully vaccinated.

TRENDPOST: As for the general public, government control, rather than freedom of choice, is what the majority of Canadians live for. A new poll released yesterday by Leger and the Association for Canadian Studies found that 69 percent of respondents said government restrictions should stay in place and people should continue to get the COVID Jab.

Also, 63 per cent of the “healthy” majority said their mental health has deteriorated since the start of the COVID-19 War, 36 percent said they exercised less, 39 percent gained more weight... 16 pounds on average, and 16 per cent say they drank more alcohol.