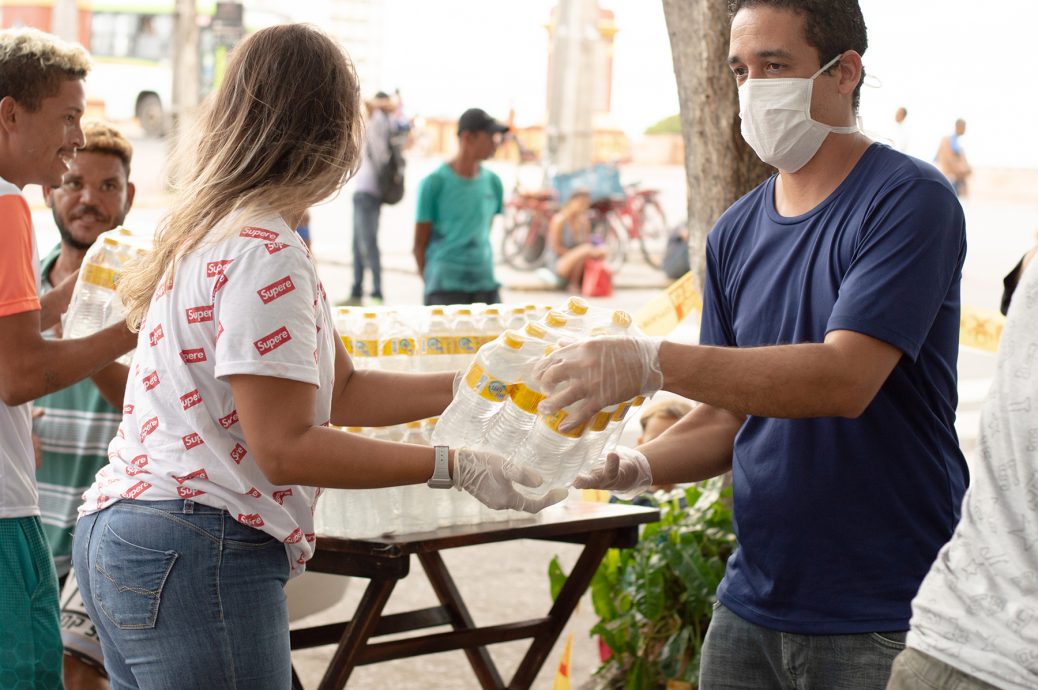 As of last year, according to the U.S. Urban Development Agency (HUD), 567,715 Americans were homelessness on any given night.

That was then. The numbers have since risen. As the data proves, those at the bottom of the socioeconomic scale have been hit the hardest by the lockdowns… losing jobs in the hospitality and restaurant sectors in which they are heavily employed.

Broke, busted out on the street or cramped in homeless shelters, the question remains and the question never answered in the mainstream media is why the hospitals aren’t overflowing with homeless COVID-19 cases and the morgues overwhelmed with homeless victims of the virus?

Also, barely reported by the “selling hype and fear” media is the fact that the majority of deaths in America are those chronically ill from nursing homes.

In this past Sunday’s New York Times article, “Does Cuomo Share Blame for Nursing Home Deaths?,” the Times notes that according to their analysis, about 40 percent of virus deaths in the U.S. were from nursing homes and long-term care facilities.

As we have noted in the Trends Journal, the number is skewed lower and is more likely 50 percent, on average with the rest the Western world.

Why? Requirements vary widely from state to state, and some states chose not to report nursing home coronavirus deaths. Moreover, despite the peak of virus deaths hitting between March and late April, the federal government decided not to require nursing homes to report virus deaths before May.

As of June 29, ten states still have not reported virus deaths in nursing homes, and, as noted, the level of detail varies from state to state.

The Times reports the NYS Health Department “only counts residents who physically died within a nursing home, and omits those who contracted the virus and went on to die in a hospital or other facility.”

According to the American Civil Liberties Union (ACLU), “To date, deaths in nursing homes and other congregate care facilities account for almost half of all COVID-19 deaths in the country, despite these groups making up less than 1 percent of the population. Residents of these congregate facilities are dying from COVID-19 at 8.6 times the rate of the overall 75+ population.”

Aside from the majority of deaths coming from elder care homes, as we have been reporting in the Trends Journal, Black and Latino Americans also have been among the prime virus victims, with more than four times the hospitalization rate of white Americans.

Why? Many live in densely populated and polluted areas and suffer from underlying health issues.

In a 10 July article from the news website STAT, Utibe Essien, a physician and Assistant Professor of Medicine at the University of Pittsburgh, published a paper detailing the lack of comprehensive race, ethnicity, and language data related to COVID-19 testing, infection, and death rates. In the paper, Dr. Essien reported:

“Black Americans tend to be younger when they have chronic risk factors – cardiovascular disease, diabetes, obesity, chronic pulmonary disease – most likely to be associated with Covid-19 infection and severe infection. It’s been known for decades that the rate of premature cardiovascular deaths is higher in Black Americans than white Americans. We have been worried about the lack of age-adjusted data… now that we have more age-adjusted data, we really are seeing that disparity.”

TRENDPOST: The motto of the Trends Journal is “Think for Yourself.”

As we analyze the facts, unquestionably, the data proves that the elderly in nursing homes and those suffering from chronic health conditions are the primary victims of the virus.

And, again, if COVID-19 truly were the epidemic the media and politicians have pumped it up to be, why aren’t the homeless, those presumably who would be the most affected, not dying en masse from the virus?

Therefore, locking down economies and imposing draconian dictates on entire populations who will not suffer from the virus is illogical, and will prove more deadly to those whose lives have been economically ruined than COVID-19.