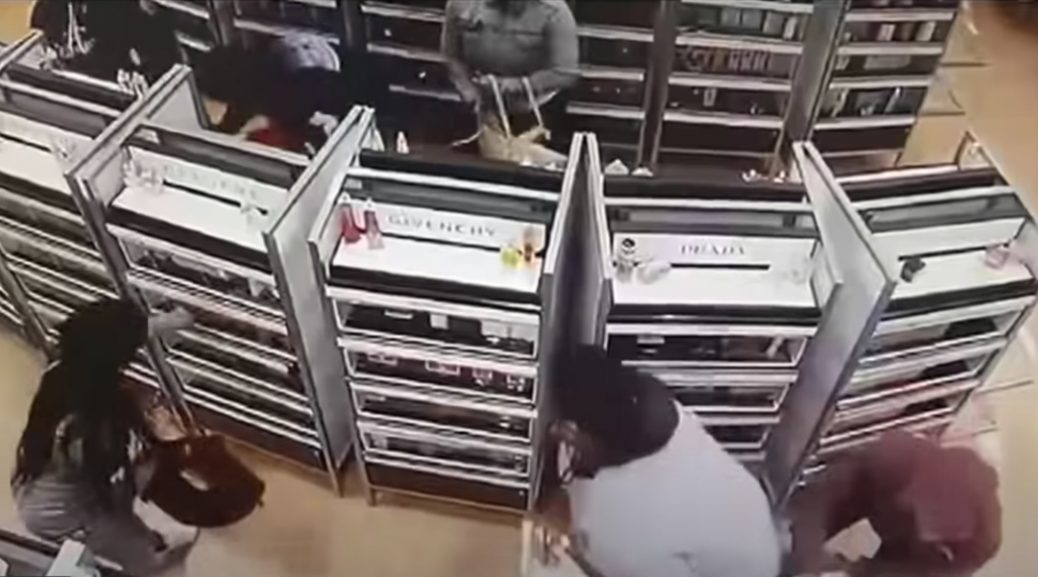 We had forecast this was going to happen when the politicians launched The COVID War, and now it is sweeping across society.

As Gerald Celente has long noted, “When people lose everything and have nothing left to lose, they lose it.”

And from homicides to shoplifting, they’ve lost it. It’s a crime wave.

The Walgreens chain has announced that five of its stores in San Francisco will close next month, The New York Times reported on 14 October. The closures are in response to the ongoing epidemic of brazen, organized shoplifting.

Online videos taken by incredulous shoppers have gone viral; they show shoplifters boldly raking merchandise off store shelves and into trash bags, then blithely exiting the store. Even the store's security personnel don't lift a finger to stop them (despite Walgreens spending 46 times more on store security in San Francisco than the average for its other stores).

A Walgreens spokesman told the NYT that retail theft in the company's
San Francisco stores had increased to five times the chain's national average. He added that the thefts are the work of professional thieves who then sell the purloined goods online. The San Francisco Chronicle concurs, saying that law enforcement attributes the shoplifting wave to organized criminal gangs.

The closures will not be the first for Walgreens, which has already closed eighteen of its San Francisco stores; there are more than fifty stores remaining in the city.

The NYT article includes a statement from the office of Chesa Boudin, San Francisco's district attorney, saying that "in addition to prosecuting shoplifting cases...our office takes retail theft very seriously," and has "taken steps...to better prevent and prosecute these crimes." The statement also claims that "District Attorney Boudin is committed to working every day to make San Francisco even safer."

TRENDPOST:  And now for "the rest of the story," which won't be found in the NYT: San Francisco's shoplifting wave can be laid directly at the feet of the aforementioned Mr. Chesa Boudin, who is one of a cadre of "rogue prosecutors" around the country (others include George Gascon of Los Angeles, Marilyn Mosby of Baltimore and Kim Foxx of Chicago).

The aim of these elected (!) prosecutors is to fundamentally transform the criminal justice system, in large part by declining to prosecute many crimes, including shoplifting, drug offenses and public nuisance violations (which is why, in San Francisco and Los Angeles, streets are now awash in homeless people who strew trash, used hypodermic needles and feces everywhere, with impunity). They also oppose bail, and are responsible for many repeat offenders being released again and again.

So any legal deterrent to crimes like shoplifting has been removed; the security guards don't lift a finger because they know that, even if arrested, the criminals will resume plying their trade in short order; and the criminals know that all too well.

And just who is Chesa Boudin? He should be no stranger to readers of Trends Journal. He has quite a pedigree; see "OLD FASHIONED CRIME ON THE STREETS OF SAN FRANCISCO" (20 Jul 2021).

TREND FORECAST:  As inflation and economic stresses—brought on, in large part, by the COVID War—increase, so will homelessness, mental illness, drug use and crime. As Gerald Celente says, "When people lose everything and have nothing left to lose, they lose it," and especially in areas where officials encourage and exacerbate the problems with their  pro-criminal, anti-victim, and anti-police agendas.