COVID-19 LOCKDOWNS DID IRREPARABLE DAMAGE FOR GENERATION OF STUDENTS, AS THE TRENDS JOURNAL FORECAST 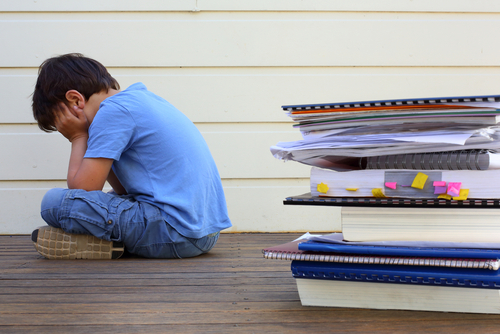 A recent test to assess students in the U.S. returning to school found that the scores in reading and math dropped the most in 30 years, further cementing our forecast that COVID-19 lockdowns will damage an entire generation of students.

Peggy G. Carr, commissioner of the National Center for Education Statistics, told The New York Times that she was “taken aback by the scope and the magnitude of the decline.”

The report said the National Assessment of Educational Progress tests were administered to a national sample of 14,800 9-year-olds and compared to tests given two years ago, when the outbreak was just starting to impact the world. (See “CRUCIAL COVID DATA IGNORED BY PRESSTITUTES” 14 Dec 2021, “MISMANAGING A PANDEMIC: FAILURES IN THE COVID-19 NARRATIVE” 9 Aug 2022, “MORE EVIDENCE KIDS DON’T SPREAD COVID TO ADULTS” 17 Nov 2020 and “SCHOOL LOCKDOWNS KILLING STUDENTS” 2 Feb 2021.)

TRENDPOST: Teachers unions own politicians. Long after it was proven that COVID-19 was not spread among students in classrooms, two of the largest national teachers’ unions still refused to support the reopening of schools due to safety conditions.

The Biden White House started to feel pressure from parents who were tired of being stuck home with their children. Ron Klain, his chief of staff, tried a balancing act so as to not rile up parents while defending these teachers’ concerns.

When asked why these powerful unions were ignoring the data showing kids are not spreading COVID, Mr. Klain dodged the facts and defended their decision: “I don’t think teacher’ unions are overruling studies. I think that what you’re seeing is that schools haven’t made the investments to keep students safe.”

Since the beginning of summer 2020, political leaders in the U.S., backed by their health experts and amplified by a mainstream media glad to accommodate, have been putting forth the notion that schools are “super-spreader” environments requiring the need to be extremely cautious about reopening.

On 14 December 2021, when most students in the U.S. were returning to in-person classes, we published an article titled, “SCHOOLS: THE NEW ‘Abnormal.’”

We noted that schools around the U.S. reported experiencing increases in unruly behaviors such as talking in class, treating adults and one another disrespectfully and strewing trash about, to more serious issues.

Peter Faustino, on the board of the National Association of School Psychologists, says that a normal full academic year's worth of mental health and behavioral incidents have occurred in just the first three months of the current school year; "I think the pandemic was like an earthquake and I think we are seeing that tidal wave hit shore," he said.

“These results are sobering,” Carr said. “It’s clear that COVID-19 shocked American education and stunted the academic growth of this age group of children.”

The results were the first report with a nationally representative sample of students comparing achievement from before the pandemic to now, according to a press release from the NCES.

Susanna Loeb, the director of the Annenberg Institute at Brown University, told the Times that the biggest concern is the “lower achievement of the lower-achieving kids.” She said lower test scores at an early age often pave the way for many children embarking on their education.