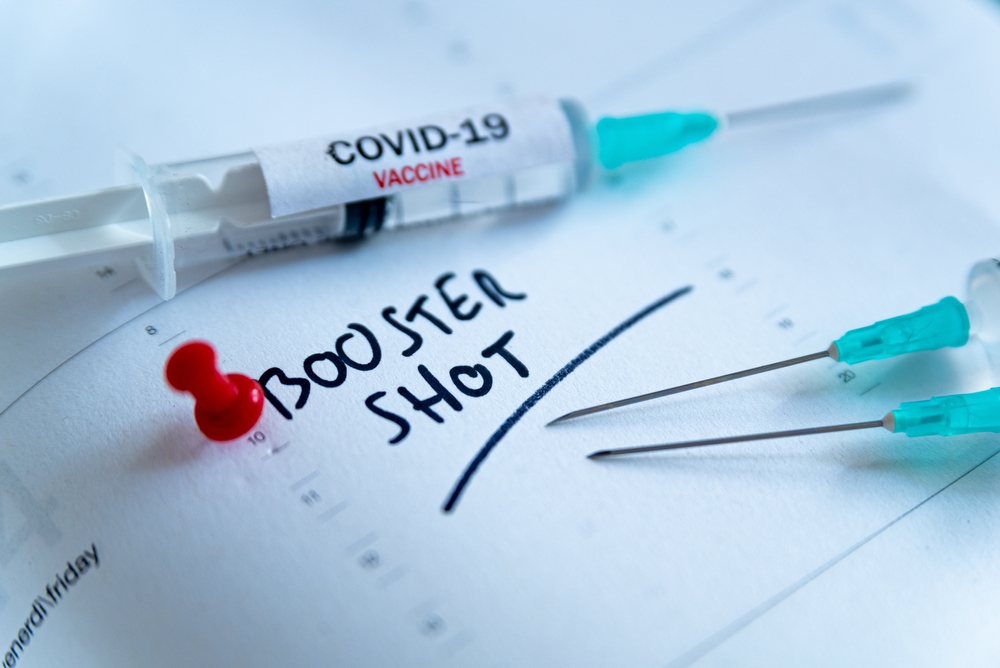 The COVID-19 vaccine’s effectiveness could drop to about 20 percent a few months after the booster shot is administered, according to an Italian review of COVID studies.

"Booster doses were found to restore the VE [vaccine effectiveness] to levels comparable to those acquired soon after administration of the second dose; however, a fast decline of booster VE against Omicron was observed, with less than 20% VE against infection and less than 25% VE against symptomatic disease at 9 months from the booster administration," the authors wrote in the paper.

But as millions of Americans lined up to take the vaccines to be considered “fully vaccinated,” there began to be what was called “breakthrough” cases of the virus. Health officials first brushed off these infections, and said there is no such thing as a vaccine that is 100 percent effective, and people should still sign up for the jab.

These breakthrough infections have since become commonplace. Just last weekend, “fully vaxxed and boosted” Sens. Chuck Schumer and Richard Blumenthal announced that they came down with the virus.

The number of breakthrough infections has created a new challenge for politicians in selling the jab. There is no more pretending that these vaccines actually prevent infections. The new selling point is that they reduce the risk of serious infection and hospitalization.

The Centers for Disease Control and Prevention said that fewer than 1/3 of Americans have taken a booster shot. The Omicron variant appears to be more effective at evading previous immunity.

There was also a similar study in Israel to get a sense of the fourth jab’s effectiveness among the elderly. The study found that the jab was associated with 34 percent protection against infection, 64 percent to 67 percent against acute hospitalizations, and 72 percent against deaths, The Jerusalem Post reported.

The report said the fourth jab saved lives but its protection against infection with the Omicron variant was only “modest.”

The Trends Journal has reported extensively on the sub-variant and its impact on the population. (See “PLAY SCRAMBLE: DOES OMICRON= MORONIC,” “OMICRON: WE DON’T KNOW IF VACCINES ARE EFFECTIVE, BUT YOU MUST TAKE THE JAB” and “FU’ OMICRON. DENMARK QUITTING THE COVID WAR.”)

From Normal to ABnormal

A recent poll by The Associated Press-NORC Center for Public Affairs Research and the SCAN Foundation found that just 12 percent of adults think their life is the same as it was before the COVID-19 outbreak. About 34 percent say their lives are not the same.

According to the survey, 51 percent of Americans believe that a COVID-19 vaccine is “essential for them,” while 39 percent believe that widespread vaccinations are needed to get back to normal.

The survey found that just 22 percent believe that wearing masks in public indoor places is essential to going back to pre-COVID life.

TREND FORECAST: Gerald Celente had forecast since the beginning of the year that the COVID War would wind down by late March, mid-April and draconian mandates would being lifted as the once sheltered-in-place population wants to let loose, go out, dine out, travel, a spend on entertainment.

And as for the side effects of taking the Operation Warp Speed COVID Jab, see Dr. Joseph Mercola’s article: “Will Pfizer Be Charged for Mislabeling Vaccine Side Effects?”.