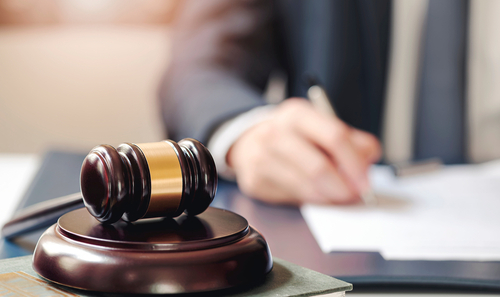 A federal appeals court dealt the Biden administration's vaccine mandate a blow on Friday when it declined to lift its earlier stay order, saying the requirement “grossly exceeds” the Occupational Safety and Health Administration’s “statutory authority.”

“Rather than a delicately handled scalpel, the Mandate is a one size fits all sledgehammer that makes hardly any attempt to account for differences in workplaces (and workers) that have more than a little bearing on workers’ varying degrees of susceptibility to the supposedly ‘grave danger’ the Mandate purports to address,” the U.S. Court of Appeals for the 5th Circuit in New Orleans said.

The Trends Journal has reported extensively on the Biden administration’s efforts to get millions of Americans vaccinated. It is the White House’s position that the only way the country will emerge from the outbreak will be through mask compliance and vaccines. (See “MAJORITY OF AMERICANS WOULD QUIT THEIR JOBS THAN TAKE THE JAB. WILL THEY BACK DOWN?” and “BIDEN VAX MANDATE CONTESTED.”

The Biden administration’s COVID-19 mandate impacts companies that employ more than 100 employees and was set to take effect on 4 January. The mandate impacts over 84 million workers. About 31 million are not vaccinated.

“While I would have much preferred that requirements not become necessary, too many people remain unvaccinated for us to get out of this pandemic for good,” Biden said in a statement.

The three-judge panel found the penalty of $13,653 to $136,532 for non-compliance “threatens to decimate" businesses' workforces by "forcing unwilling employees to take their shots, take their tests, or hit the road.”

And, some 27 states have filed legal challenges. The judges, in their footnote, cited a retweet by Ron Klain, Biden’s chief of staff.

Klain reposted a tweet by Stephanie Ruhle, an MSNBC anchor, who tweeted, “OSHA doing this vax mandate as an emergency workplace safety rule is the ultimate work-around for the Federal govt to require vaccinations.” (See “BIDEN PRESIDENCY=OBAMA 2021.”)

Sen. Ted Cruz retweeted a post warning Klain that courts consider intention when hearing cases, and the retweet could come back to bite the administration during future challenges.

"Important," Cruz tweeted. "Foolish RT from WH chief of staff. He said the quiet part out loud. The Biden admin knows it’s likely illegal (like the eviction moratorium) but they don’t care."

Judge Kurt Engelhardt called the retweet an “endorsement” from the White House. “The public interest is...served by maintaining our constitutional structure and maintaining the liberty of individuals to make intensely personal decisions according to their own convictions,” he wrote.

The Washington Post reported that vaccine mandates have been effective in getting the public to sign up for the jab. The paper said United Airlines boasts a 99 percent vaccination rate and hospitals in states with mandates have seen their employees race to keep their jobs.

TREND FORECAST: However this lawsuit shakes out, as Trends Journal has said before, anti-vax, anti-establishment, pro-freedom movements around the world will grow, fueled by resentment over people losing their jobs, and their rights, if they don't submit to being jabbed.  This is a trend that will sweep much of the Western nations.