COST OF CAPITAL SOARS FOR OIL AND GAS PRODUCERS 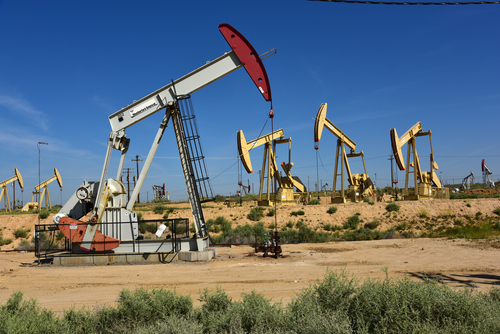 A decade ago, the cost of capital—the interest paid to borrow the money to fund a capital project—for developing long-term oil and gas deposits and for launching a renewable energy project was about 8 percent to 10 percent for both, according to a Bloomberg analysis.

The minimum return needed to financially justify a new, long-term oil or gas project is now 20 percent, while the cost of capital for renewable energy ventures has fallen to between 3 percent and 5 percent, analyst Michele Della Vigna at Goldman Sachs Group has calculated.

“That's an extraordinary divergence, which is leading to an unprecedented shift in capital allocation,” he said.

“This year will mark the first time in history that renewable power will be the largest area of energy investment.”

“Oil companies are finding it increasingly difficult to raise financing amid rising sustainability concerns,” he said, “while banks are under pressure from their own investors to reduce or eliminate fossil-fuel financing.”

About $1.5 trillion to $2 trillion a year will be invested in clean-energy infrastructure projects between now and 2050, Della Vigna predicted, focused largely on power and charging networks, building upgrades, and massive expansion of renewable fuels, such as wind, solar, and hydrogen.

“It’s likely that the [cost of capital] spread between oil, gas, and coal and renewable energy will continue to diverge as banks change their financing habits,” Bloomberg said.

“Markets may end up killing off fossil fuels before governments do,” Bloomberg noted.

TREND FORECAST: As we noted several times before, petroleum’s dominance in the fuel and power sectors will face a long-term decline... but it will not disappear and will remain dominant for decades.

The current alternative technologies are too expensive and are not adequate to replace these fuels. Again, until a more advanced energy technology is invented, fossil fuels will continue to burn.

Indeed, to illustrate the absence of a clean alternative, as though Fukushima and Chernobyl never existed, the “great replacement” being considered by nations such as France are more nuclear power plants. (See “FRANCE EARMARKS BILLIONS FOR NUCLEAR AND ‘GREEN’ ENERGY; INVESTORS BULLISH ON URANIUM,” 19 Oct 2021)