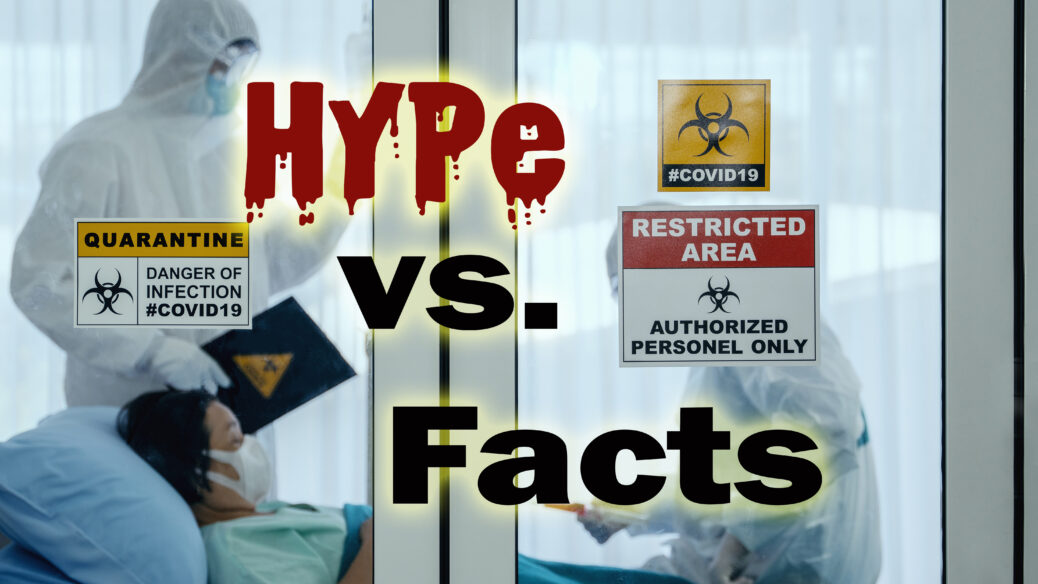 As we have noted in previous issues of the Trends Journal and in our “Trends in The News” videos, “Presstitutes and Politicians are Peddling Hysteria.”

For example, this 21 March headline from the Washington Post: “Italy’s coronavirus death toll feeds fear of what lies ahead in Europe and the U.S.”

Nowhere in the article is it mentioned that according to Italy’s National Institute of Health, over 99 percent of those who died had been sick before they contracted the virus, and their average age was 79.5.

Nowhere in the article is the fact that 75 percent of those in Italy who died from coronavirus previously had been diagnosed with high blood pressure, 35 percent had diabetes, and about a third had progressive heart disease.

Of the approximately 5,500 Italians who died from coronavirus as of yesterday, just 17 were under the age of 50. And, every one of those under 40 who died from the virus had previous significant medical conditions.

In Germany, as with the vast majority of the COVID-19 victims, it is more of the same. As many as 25 have died of the virus in one elder care home alone.

The CDC states that people with underlying medical conditions such as heart disease, diabetes, and immune system disorders are more likely to die of COVID-19.

New data from China, where the coronavirus has peaked and is now on the decline, shows that while some 2,000 out of the 81,054 total cases were children under 18 (.02 percent), only 100 developed serious symptoms and one died.

Shilu Tong, director of the department of clinical epidemiology and biostatistics at Shanghai Children’s Medical Center, confirmed these findings.

TREND FORECAST: Whether factual or not, most will dismiss data coming from China as propaganda.

Moreover, the Chinese have now replaced Muslims as the new objects of distain. Indeed, those who attack Chinese people in Western nations as the culprits for spreading the disease lack the mental capacity to distinguish Chinese from other Asians.

In a study by San Francisco State University, they found that between 9 February and 7 March, there was a 50 percent rise in COVID-19 news articles with anti-Asian discrimination.

PUBLISHER’S NOTE: As I was writing this, I took a moment to look at the comments from my YouTube posting on Saturday evening. It clearly illustrates the growing animosity that will accelerate between the U.S., western nations, and China:

“THIS IS A WMD ATTACK FROM CHINA. NO DIFFERENCE FROM A NUCLEAR ATTACK ON OUR COUNTRY. WAR CRIMES TRIBUNAL FOR CHINA!”

Not only will China be attacked for launching the virus, as the global economy dives deeper into the “Greatest Depression,” trade war tensions will escalate, and there will be strong political/consumer movements against the manufacturing and buying of “Made in China” products.