CORONAVIRUS: MADE-IN-CHINA. WHO KNOWS WHAT? 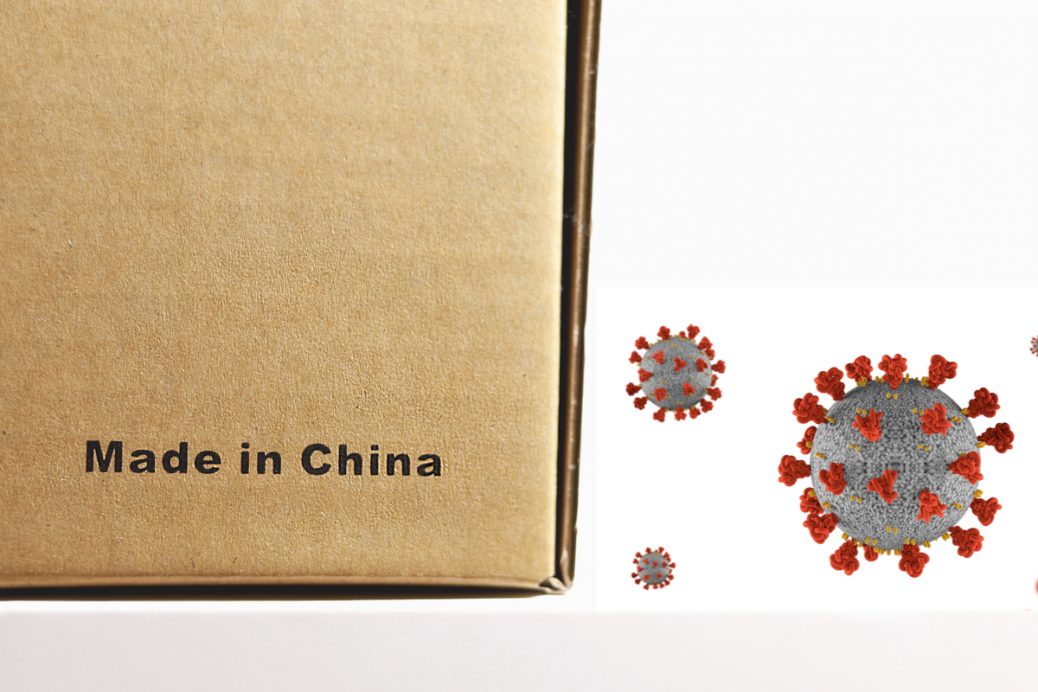 Scientists that have been selling the line that COVID-19 emerged naturally, had expressed doubts of its origin in the early days of the outbreak.

Kristian Andersen, a virologist at California’s Scripps Research Institute, emailed Dr. Anthony Fauci at the beginning of the virus and told him that the virus looked to be engineered.

Then there was a follow-up meeting and—mysteriously—the scientists involved spoke out publicly to call the lab-created idea a “crackpot” theory.

Andersen’s initial email to Fauci pointed out that the virus’ unusual features “make up a really small part of the genome (<0.1%) so one has to look really closely at all the sequences to see that some of the features (potentially) look engineered," he wrote. He admitted in the email that the research was in its early stages and his team needed more time to get a better grasp.

Dr. Robert Garry from Tulane’s School of Medicine, in a February 2020 meeting that was recently released by House Republicans, said that he could not think of a “plausible natural scenario where you get from a bat virus … to nCoV where you insert exactly 4 amino acids 12 nucleotide that all have to be added at the exact same time to gain this function. Just can't figure out how this gets accomplished in nature. Don’t mention a lab origin, as that will just add fuel to the conspiracists.”

Fauci organized a call with dozens of these virologists, and, according to notes from the meeting obtained by Fox News, revealed that suspicions of the lab leak theory were suppressed over concerns of how the public would react to news of possible Chinese government involvement.

Dr. Francis Collins, the now-retired former director of the National Institutes of Health, also expressed fear at the time that “science and international harmony” could be harmed and “accusations of China’s involvement could distract top researchers,” the New York Post reported.

The State Department acknowledged in January 2021 the "United States government has reason to believe that several researchers inside the WIV [Wuhan Institute of Virology] became sick in autumn 2019." It found that they'd experienced symptoms consistent with both COVID-19 "and common seasonal illness."

TREND FORECAST: True or false, as more information comes out that COVID-19 was created in a Chinese laboratory, already strong anti-Chinese sentiments will increase, and Asians of all nationalities will be targeted victims by ignorant people.

TRENDPOST: While many might think of China as being among the worst of the countries operating such facilities, it, along with about a third of the countries, is rated “medium,” while South Africa, for example, is among the 41 percent rated “low.”

If one wanted to bet on which country would most likely have something go awry at a biology lab running high-risk experiments, the odds would probably still favor China, where increasingly more of such facilities are being built. Guangdong province alone plans to open one BSL-4 and 25 to 30 BSL-3 labs in the next five years.