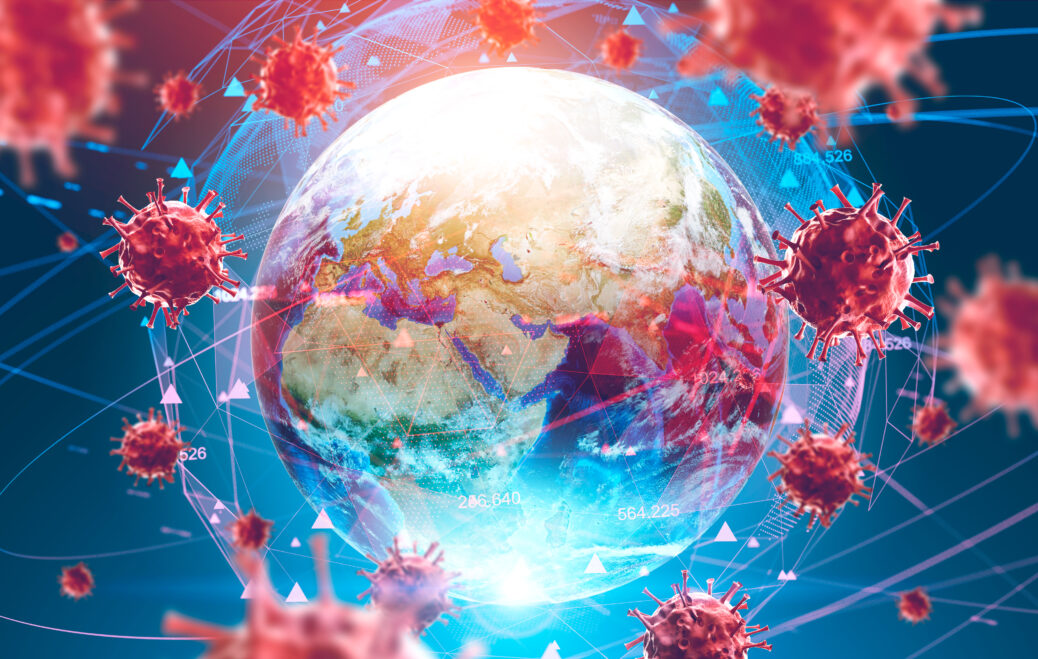 In a world of 7.7 billion people, as we go to press, some 7,866 people have died from the coronavirus.

In the United States, with a population of 327 million, so far 90 people have died from the virus.

According to reports, almost everyone who comes down with virus experiences only mild symptoms such as fever and cough and recover fully. As evidenced by the 22 coronavirus deaths in Kirkland, WA, the highest number in any U.S. city, the vast majority were elderly residents of a nursing facility who were already suffering from chronic health problems.

Dr. Otto Young, an infectious disease expert at UCLA, commenting on the dramatic response to the coronavirus said, “I think a big part of it is fear of the unknown. The enemy you don’t know is much scarier than the enemy you know.”

Yet, in this age of advanced science and medicine, this “fear of the unknown” has led the President of the United States and governors in dozens of states to declare national emergencies, which are not based on hard science or evidenced-based data.

If fact, this is a global epidemic of “leadership sickness.”

Back in the U.S.A., for example, governors are issuing different levels of states of emergency with inconsistent rules.

They have given no proof that many of the extensive bans being ordered on public activities have been shown to be effective. While they have closed down businesses and banned small numbers of people to gather, imposed “social distancing” rules… in a total contradiction, going to work in an Amazon warehouse with thousands of workers is not considered a health threat by them.

Depending on the state-of-mind of the rulers of the states, the rules they make up are fabricated:

Cuomo also banned visits to nursing homes except for those seeking to visit a very sick or dying loved one as long as they wear protected gear.

This is just some of what happened in the past week. Now, it’s a whole different dynamic. Essentially, most of America and much of the world is in lockdown.

Just over a week ago, Prime Minister Giuseppe Conte imposed a quarantine on the northern region of Italy, which severely restricted the movement of over 16 million people and forced the shutdown of all retail stores, with exceptions limited to grocery stores and pharmacies. The shutdown included restaurants and bars.

Later in the week, Mr. Conte extended the quarantine to the entire country. Of Italy’s 60 million people, some 2,100 have died so far from the disease. Again, most were elderly and ill before being stricken with the virus. And, it should be noted, some 23 percent of Italy’s population is over 65.

The average age of those who died in Italy was 81, and many suffered from pre-existing health issues, according to a BBC report.

Yet, the country is in total lockdown with people not allowed on the streets unless they have passes from the government.

Totally ignored in the mainstream media, which has continually stoked the flames of fear since the virus broke out in Wuhan, people in their 20s and 30s had a death rate of 0.2 percent, according to Worldometers, an aggregator of global reports related to coronavirus.

In Italy, most of the country’s economy consists of small and mid-size businesses, family-owned, which do not have the reserve capital of large corporations. Without substantial government assistance, many of these smaller businesses likely will not survive the massive shutdown of the economy.

Again, making up a date with no data to substantiate it, the Prime Minister dictated the national quarantine will continue until at least the beginning of April. No public events are allowed, and people have been ordered to maintain a “social distance” of at least three feet.

On Saturday, Spain became the second European nation to impose severe restrictions. Prime Minister Pedro Sánchez, describing his orders as “drastic,” imposed a nation-wide lockdown that prohibits citizens from leaving their homes unless they need to shop for food, go to a medical center, go to a bank, or travel to care for a young or elderly person.

Throughout the country, all restaurants, bars, schools, and hotels are shut down.

In France, one of the few signs of protest against the global shutdowns taking place occurred on the streets of Paris over the past weekend, when Yellow Vest protesters staged their latest weekly protest.

The protest took place despite a ban imposed on Friday against any gathering of more than 100 people. Police responded by firing tear gas, which escalated into confrontations between the police and demonstrators.

While President Emmanuel Macron addressed his country last Thursday to detail school closings and the need for “social distance,” he allowed local elections to take place on Sunday.

Polls did not paint a positive picture for Mr. Macron’s party. Since he has ordered the shutdown of schools and universities and public transportation is hampered by fears of coronavirus, turnout will likely be much lower than normal.

As of last weekend, 79 people have died of the virus in France and 3,600 have tested positive.

Norway, with a population of 5.3 million people, is in total lockdown despite the fact that at the time it was ordered, only one Norwegian had died from coronavirus. Since then, two more have died.

In declaring the state of emergency last Thursday, Prime Minister Erna Solberg, declared, “These measures are the most dramatic ever taken in Norway in peace time. It will give a different life situation for everyone in the country.”

In Israel, where among eight million citizens only 200 have tested positive to coronavirus and, to date, no one has died, the government issued an edict prohibiting the gathering of more than ten people, closing down schools, restaurants and cafes, and allowing the government to track the phone calls of any person known to test positive.

Religious services must abide by the 10-person maximum rule, and all participants must “social distance” themselves at least two meters apart. There is a total ban on visiting residents in nursing homes.

No Need for Proof or Evidence

Is there proven science or past history to show these extensive bans on public activity are the most effective strategy?

Dr. Angela Rasmussen, a virologist at Columbia University, said that while many of the restrictions could be effective for people at high risk, such as the elderly and sick, in general, bans on public gatherings have not proven effective at limiting viruses.

Asked about the extreme measures being ordered by officials around the country, she responded, “I just don’t think that’s practical.”

As for the extensive travel bans, such as the ones imposed by President Trump and leaders around the world, the World Health Organization has issued reports showing that in past epidemics, government bans on travel are most often ineffective and economically costly for all sides.

TRENDPOST: This is a small sampling of the measures taken by governments around the world to address the coronavirus.

Considering how few have died from the virus and their age and health conditions, it is, as we see by the facts and the numbers, “Government Pandemonium” – not a deadly COVID-19 Pandemic.

As the evidence proves, with each passing day, politicians are making up what to do and how to do it without ever assessing the dire implications of their decisions or quantifiable data to support their actions.