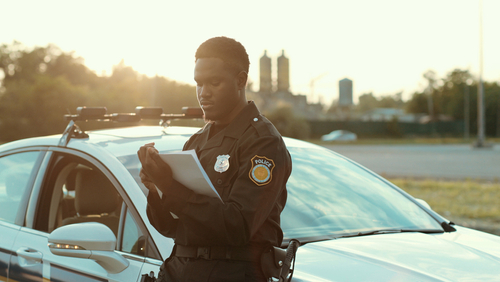 NYC's Mayor Bill de Blasio announced, on 20 October, his mandate requiring city employees to get a first COVID-19 vaccination by 29 October or face unpaid leave; the mandate also eliminates the option of testing in lieu of vaccination.

Just hours after de Blasio's announcement, as reported that same day by Bloomberg.com, the NYC Police Benevolent Association declared it would legally challenge the mayor's order; the PBA is the union that represents 24,000 uniformed NYPD officers.

There are 55,000 employees in the NYPD, including civilians, and the department, which urges its employees to be vaccinated, reports that 71 percent have been vaxxed.

The NYC PBA is not the only police union pushing back against vax mandates. In Chicago, a judge ordered a Fraternal Order of Police lodge president to stop urging officers, via social media, to continue to defy the city's requirement to report their vaccination status; some 4,000 of the department's 12,770 officers and civilian employees have already missed the 15 October deadline.

Mayor Lori Lightfoot's administration claims the union leader was jeopardizing public safety and promoting a work stoppage. But the union continues to reject the requirement and, as of 19 October, 21 officers were on unpaid leave for their non-compliance.

In Los Angeles, with about 66 percent of the LAPD's sworn, full-time employees vaxxed, unvaxxed officers must be tested for COVID-19 twice weekly, on their own time and at their own expense, under terms negotiated by the Los Angeles Police Protective League, which represents 10,000 officers. But those still unvaxxed (who now number about 3,000) and without a religious or medical exemption by 19 December will be terminated.

In Houston, a prohibition on vax mandates from Texas governor Greg Abbot keeps local governments from requiring police or firefighters to be vaccinated. But other city employees must submit negative test results semi-monthly, on pain of termination or indefinite suspension. There are  medical and religious exemptions, and elected officials and appointees are automatically exempted.

San Francisco has very high compliance rates for city workers, although 93 members of the police department, including 46 active-duty officers, are still holding out; their deadline is 1 November, after which they'll be suspended without pay, and may be terminated after a hearing.

The mayor of San Francisco London “Bullshit” Breed stated that she "won't sacrifice the health and safety of our workforce and the public." And in NYC, Michael Barasch of the law firm Barasch & McGarry said, "The government has the overriding interest of keeping the country healthy, and that trumps the individual's right to say 'No'. The unions can sue, but in my opinion, based on hundreds of years of precedent, they're going to lose."

TRENDPOST:  Mayor London “Bullshit” Breed’s statement that she "won't sacrifice the health and safety of our workforce and the public," is pure bullshit, and a line that politicians and “health experts” around the world keep repeating.

Indeed, just how is health and safety being "sacrificed" by the unvaxxed? Those who are vaccinated with a jab that was sold as having a 96 percent efficacy rate are supposed to be protected from the virus, and so their “health and safety” shouldn't be threatened by those who choose to not be vaccinated. Unless, of course, the vaccine doesn't really protect anyone; see, for example, "THE DARK SIDES OF VAX" (24 Aug 2021).

TREND FORECAST: In light of the exponential rise in crime—see, for example, "NYC: SURGE IN SHOOTINGS & SUBWAY ATTACKS" (18 May 2021), which contains the prediction, “The further the economy falls, the higher crime rates will rise”—the termination of significant numbers of police officers would seem to put the health and safety of the public much more at risk than does the virus.