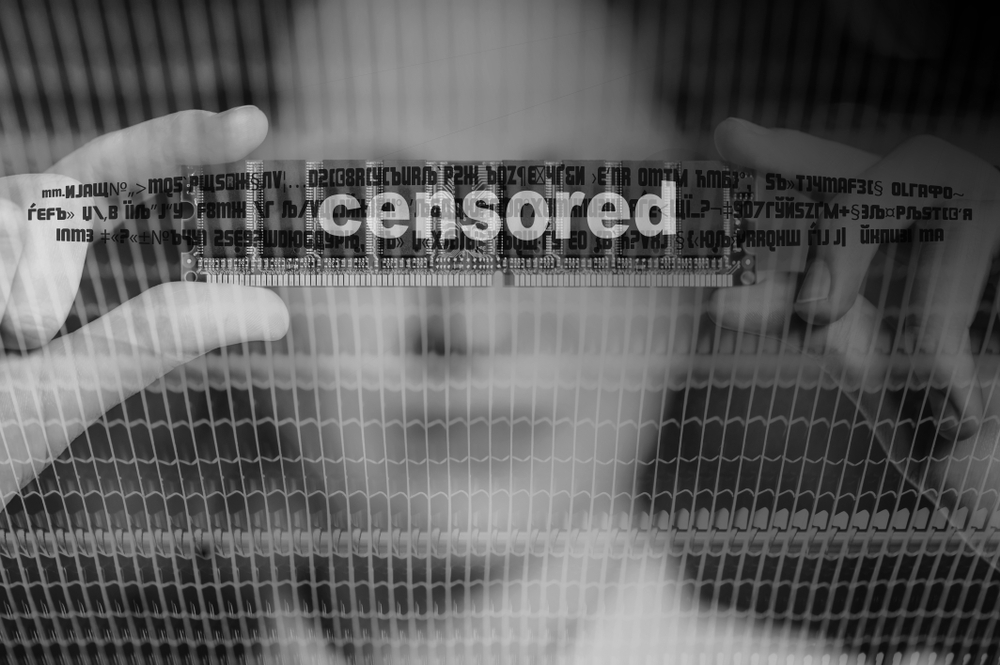 When Jack Dorsey is the last person in the room speaking out for freedom of speech, you know something’s very wrong in America.

But that’s how it was at a House Energy and Commerce Committee hearing held on 25 March 2021. The Twitter CEO, along with Facebook’s Mark Zuckerberg and Google/Alphabet lead Sundar Pichai were called in to answer questions about their media platforms.

Questions by controlling Democrats on the committee mostly threatened the tech execs with repercussions if they failed to censor and purge their platforms even more than they are already doing.

At one point, it was Dorsey who took a rhetorical stand. “I don’t think we should be the arbiters of truth and I don’t think the government should be either.”

The fact that he attended the “virtual hearing” at a kitchen table, in front of a pile of plates and glasses, underscored his pose of contempt for the proceedings. Nevertheless, Twitter has been at the forefront of tech censorship.

The banning began soon after the insurgent 2016 election victory of Donald Trump, who effectively ran against both the Democrat and Republican parties. Populist, pro-freedom voices like Alex Jones and Laura Loomer were stripped of their accounts. GAB, an upstart social media platform, had its app removed from Google Play and Apple app stores, as was the InfoWars app.

The Big Socials ramped up censorship of pro-Trump and anti-lockdown influencers and average citizens in 2020 and early 2021. Everyone from the polite PragerU to the Epoch Times newspaper, to the President himself ended up on the wrong side of the censors. Sidney Powell, Michael Flynn, MyPillow CEO Mike Lindell, and even the careful YouTube channel RightSide Broadcasting experienced censorship.

But it went even further. The Parler social media platform associated with Dan Bongino was taken offline when Amazon cut off its web services. Payment processors, banks, web host providers, and fundraising sites have all colluded in purging and preventing alternative political viewpoints and voices from being heard.

The Big Lie of “Go Build Your Own”

The media and Democrats’ familiar counter to conservatives being banned off socials had been, “go build your own.” But the Parler and earlier GAB takedowns exposed the reality that radical leftists have no intention of allowing an alternative social media ecosystem to exist.

And so it was at the committee hearing. Led by Democrats including Committee Chair Rep. Frank Pallone, Jr. and Chairs of two of its Subcommittees, Mike Doyle and Jan Schakowsky, the hearing went full Unconstitutional.

Democrats cast perfectly legal, First Amendment protected speech they are explicitly bound to uphold as elected officials, as dangerous and requiring censorship. They also repeatedly threatened the social media platforms with reprisals for not acting even more to carry out programs against political opponents.

According to reporter Glenn Greenwald, himself censored from a media site he helped create, Democrats continued to try to cast their political opponents as terrorists:

At one point toward the end of the hearing, Rep. Lizzie Fletcher (D-TX), in the context of the January 6 riot, actually suggested that the government should create a list of organizations they unilaterally deem to be “domestic terror organization” and then provide it tech companies as guidance for what discussions they should “track and remove”: in other words, treat these groups the same was as ISIS and Al Qaeda.

If Fletcher and other Democrats have their way, Dennis Prager and Mike Lindell may soon be categorized as domestic terrorists. In fact, senators including Ted Cruz and Josh Hawley have already been pilloried as such by political opponents, including New York representative Alexandra Ocasio-Cortez.

Other committee members, among them some Republicans, threatened to strip social media platforms of current legal “Section 230” protections against being sued for content posted by their users. Publishers who curate and decide content on their sites or publications are not protected in the same way from lawsuits and sanctions as so-called “neutral” platforms.

Meanwhile, the FBI is still tracking down, intimidating, and even arresting and locking up Washington, D.C. protesters who were completely peaceful and lawful. Several people, including police officers, have lost their jobs for merely attending the protest in their off-hours.

Between the actual illegal abuse of power by elected officials in Congress, and the general ideological willingness of tech companies to reduce their platforms to propaganda outlets for the establishment, the hearings added up to a sad public display.

And as Greenwald pointed out about the hearings, it’s not just conservative voices that are being snuffed out, although those voices have borne the brunt of attacks. Anti-establishment voices in general have faced purges. Try voicing any skepticism of COVID vaccines or government lockdowns, for example. Question transgenderism or critical race theory. Cite actual racial breakdowns of crime statistics from the Federal government’s own data compilation. Say “Wuhan Virus.”

All of the above have been enough for average Americans to be censored, de-monetized, de-platformed, and digitally de-personed off of the internet. Average Americans are not only not in Kansas anymore. They’re being quickly shuttled toward a Xinjiang-like province of China.