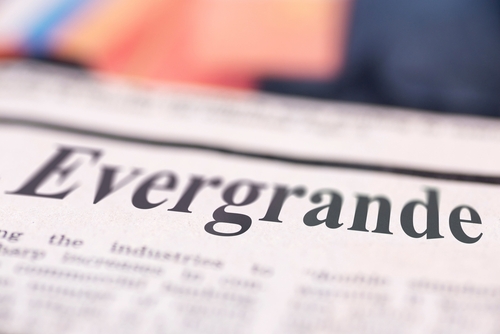 Now, however, giant property developers such as Evergrande and Fantasia are on the brink of collapse, as we documented in “Spotlight China: Crash Coming? Recovery Ahead?” (19 Oct 2021).

“China’s property sector is at the end of a boom,” William Jackson, an emerging market economist at Capital Economics, said to the Financial Times.

“That is negative news for countries that have ridden the coattails of that boom,” he warned.

In particular, Brazil will be hit hard, he predicted.

China is Brazil’s chief trading partner and the primary market for its mineral exports.

“This points to a reversal in the bullish commodity price outlook that has favored some emerging markets,” he said.

Temporarily, reductions in China’s demand may not be as noticeable because global commodity prices are so high, the FT noted; copper, zinc, and aluminum are all at decade-high prices and developed countries are embarking on a transition to green fuels, materials, and manufacturing, all of which will demand a new supply of raw materials.

The new demands, as well as a world shaking off the COVID-inspired global economic shutdown, has sparked a global commodities supercycle, as we noted in “Commodities Supercycle Underway?” (11 May 2021) and “Ag Products Beginning Mini-Supercycle, Executives Say” (22 Jun 2021).

However, “other things are happening as well,” emerging market strategist David Hauner at Bank of America pointed out in the FT.

China’s construction consumes half of China’s steel production; iron ore prices have fallen by half since Evergrande’s crisis surfaced in late July.

Also, the country’s property sector accounts for about 30 percent of China’s GDP; its troubles already are reverberating through its economy.

TREND FORECAST: China’s property sector slowdown is not a temporary blip but structural. The country’s new, long-term strategy of “dual circulation” is bent on rebalancing the domestic economy to give more weight to domestic consumption and less to construction, placing greater emphasis on the manufacture of domestic consumer goods and less on exports.

The government has pledged to prop up China’s real estate industry as it recovers from its current predicament, as we accurately predicted in “Will Evergrande Dive Crash Chinese Markets?” (5 Oct 2021).

However, China’s home-building industry will not return to its previous irrational exuberance.