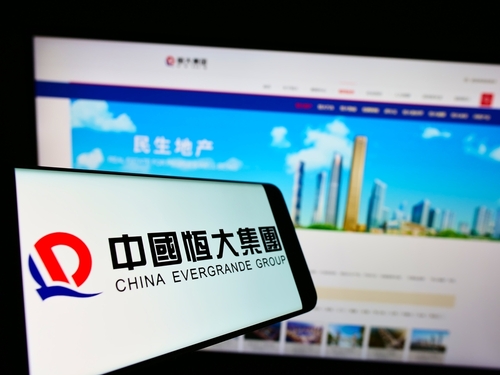 After suffering through a crisis that nearly toppled the industry, China’s property developers see a starkly different future than their freewheeling past, The Wall Street Journal said on 8 April.

Chinese developers have realized that a two-decade boom in housing, commercial, and industrial building has ended, analysts told the WSJ, and the market will worsen before it improves.

At least 10 property companies have defaulted on dollar bonds this year and more will do so, the analysts said.

At least 24 property companies listed on the Hong Kong exchange had failed to file audited financial results for 2021 by the 31 March deadline, the WSJ found.

Those that did file reported falling home prices and sales and shrinking sources of capital since the government tightened borrowing requirements for the industry.

China Vanke, an industry giant, saw its share price crumble by 46 percent, falling for only the third time since the company went public in 1991.

Vanke chair Yu Liang apologized to stockholders for the company’s poor showing and said the pursuit of unbridled growth lured the firm to make “aggressive investments with over-optimistic judgment of the market.”

Vanke will steer clear of “ungrounded and aggressive sentiments,” he added.

“It is not an exaggeration to say that it is the most difficult time since before the dawn of the industry,” the state-owned China Real Estate Newspaper said in an editorial last week.

TREND FORECAST: China’s property development industry has accounted for as much as a third of its GDP. With several developers having defaulted on dollar debt (“Evergrande in Default, Fitch Says,” 14 Dec 2021) and regulators dropping the hammer on developers, the industry will recover as a more modest version of its former self.

Meanwhile, China will struggle to replace the industry as a key growth engine, but again, the nation’s three decade spike in real east is unprecedented in history!

As a result, China’s GDP will grow more slowly than expected this year. Lockdowns will cut export revenues (see related story in this issue) and high-flying real estate deals will not be there to pull up the rest of the economy.

On the lockdown note, today it was announced they were easing restrictions in Shanghai, and we forecast there will be less lockdown mandates in the near future as Beijing does what it can to spur economic growth.