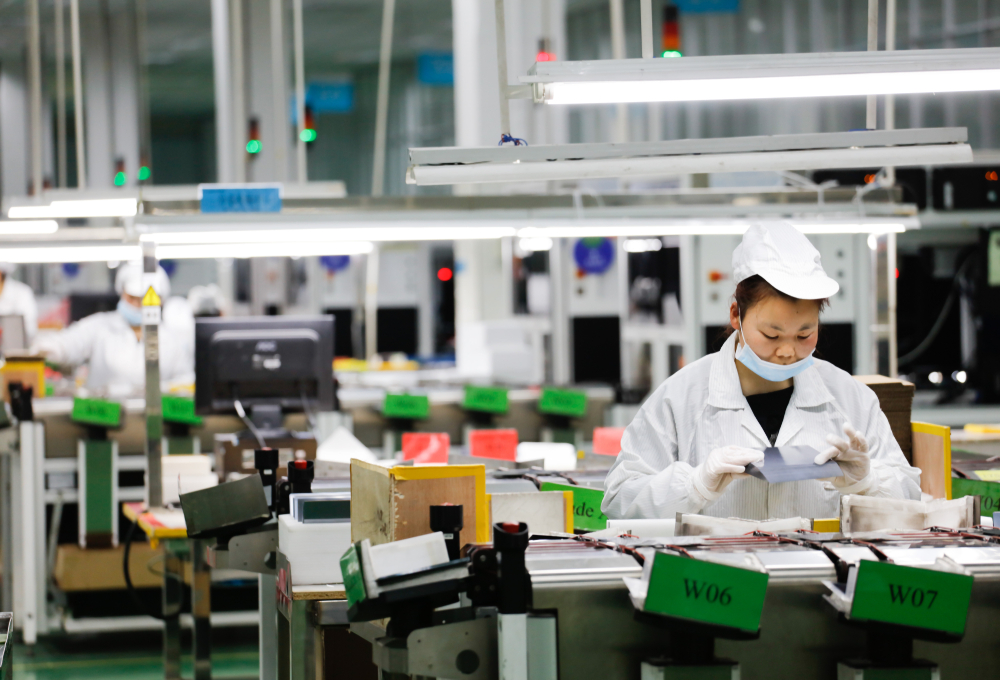 China’s purchasing managers index for the country’s manufacturing economy edged down in June to 50.9 from May’s rating of 51, the National Bureau of Statistics reported.

Factors hobbling factory output include the global shortage of computer chips that has hampered auto production, metals shortages, and a COVID outbreak in the export hub of Guangdong province.

Also, the Shenzhen port of Yantian had reduced operations by 70 percent in May due to a new COVID outbreak and is only now starting to recover.

The dip in factory output came as analysts at Barclays, Morgan Stanley, and other financial houses downgraded their expectations for China’s 2021 GDP growth from nine percent to about eight.

Also, China’s current account surplus, which includes exports, will slip to 1.4 percent of GDP this year, compared to 1.9 percent in 2020, the World Bank predicted.

China will import more goods this year than last, the bank says, based on growing domestic demand as China cultivates a consumer economy in parallel with its manufacturing and export strength.

However, that strategy hit a speed bump last month: the purchasing managers index for the consumer economy dropped from 55.2 in May to 53.5 in June, the statistics bureau reported.

China’s consumers have curbed spending each time a new wave of the virus appears.

TRENDPOST: In a recent speech, Chinese president Xi Jinping boasted that China’s rise to the world’s leading economy is “inevitable.” Such statements boost national pride, but several factors could prevent the boast from coming true.

China’s population is aging, reducing the size of the workforce and upping demands on health care and social services. Although China has increased the retirement age and the infamous “one-child policy” has been replaced by a new one encouraging couples to have as many as three children, the gap in the labor force will be pronounced for several years.

Consumers reluctant to spend, a global shortage of key materials, and the threat of another global financial crisis brought on by inflation and Third World debt could slow China’s climb to the top of the world’s economy.

As long as the business of China remains business, not war and geopolitical gamesmanship, it will gain on the U.S. in economic performance.