CHINA’S GDP EDGES UP IN MAY 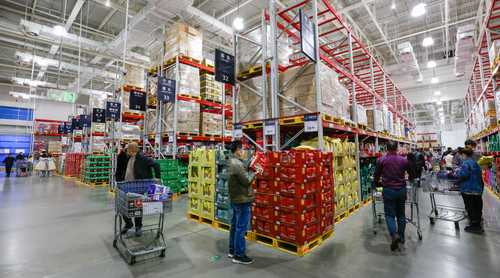 China’s economic output grew slightly in May after most of the country’s two-months-long anti-COVID restrictions were eased, allowing people back to work and to stores.

Consumer spending decreased 6.7 percent in May compared to a year earlier, easing back from the 11.1-percent tumble the month before.

To jump-start the economy after the shutdowns paralyzed about 325 million people in 46 metro areas, China’s government has introduced a range of stimulus measures, including tax breaks, rebates, cash payments to individuals, reduced vehicle taxes and fast-track approval for infrastructure projects.

Buyers are reluctant to invest for fear that the developer building their homes may shut down, The Wall Street Journal said.

China’s real estate sector, which has accounted for as much as 30 percent of GDP in past years, has been burdened by excessive debt, pushing some leading companies into default, as we have reported in “China’s Real Estate Market Teeters on Evergrande’s Debt” (21 Sep 2021), “China’s Real Estate Troubles Ripple Across Emerging Markets” (26 Oct 2021) and “China’s Real Estate Crisis Grows” (9 Nov 2021).

A recent survey by the American Chamber of Commerce in Shanghai found that of 133 companies surveyed, at least 118 have lowered their revenue projections for 2022. A quarter had slashed their estimates by more than 20 percent.

The lockdowns have tarnished China’s appeal as a place to invest, the chamber said.

However, the measures may be “too little too late,” economists told the WSJ, warning that the lockdowns may have done long-lasting damage to China’s economic prospects.

The nation’s economy might contract this quarter, leading to economic weakness and turbulence as the year progresses, the WSJ said, highlighting the dangers of trying to contain the virus by freezing people out of stores and workplaces.