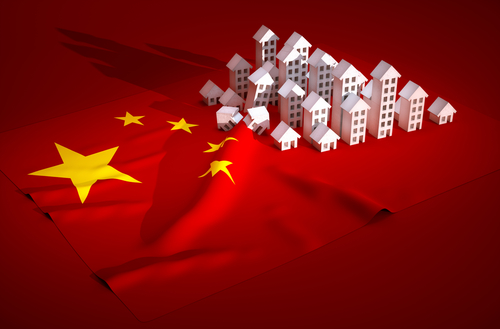 However, over the summer, Beijing tightened rules around lending to property developers, saying that the industry was overleveraged, a fact underscored by the ongoing debt crisis among building companies, which we reported in “Spotlight China. Crash Coming? Recovery Ahead?” (19 Oct 2021).

Over the same time, housing sales slowed as the People’s Bank of China warned of a housing bubble that had become “very dangerous.”

Only 27 of the cities saw prices rise, the smallest number since February 2020, the agency said.

With the real estate sector directly or indirectly underpinning about 30 percent of the country’s GDP, governments now are looking to revive the housing market without unleashing the forces that brought the sector uncomfortably close to collapse.

Such measures may slow the slide in prices but will not stop it as long as Beijing keeps a tight rein on loans to developers, analysts told the WSJ.

“Chinese home buyers have a tradition of only buying when prices go up and stop buying when the market goes down,” analyst Rong Jing told the WSJ.

“Policy makers are determined to avoid turning to the property market as a growth engine,” Nomura’s chief China economist Ting Liu said to the WSJ.

“The question is whether China’s real economy can endure the pain as a result,” she added.

TREND FORECAST: With Beijing seeking ways to slow down the real-estate speculation trend and live by its President’s pledge to distribute wealth more evenly, China announced plans last week to conduct a five-year property-tax trial in some areas of the nation. This effort will also negatively affect real estate growth which has been receding.

As we had reported, on 12 October Longfor Group Holdings and China Resources Land filed reports showing September contracts for new homes were down 33 and 24 percent, respectively, compared to a year earlier.

Among China’s 100 leading developers, September’s signed contracts were down 36 percent overall, according to CRIC, a Chinese data service.

Thus, Beijing’s tax action may in fact burst the ready-to-explode real estate bubble by reigning in housing speculation at a time when the real estate downtrend is accelerating.