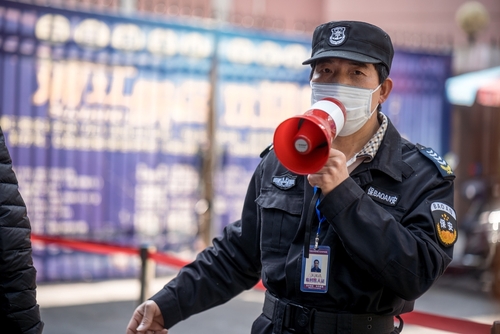 Beijing announced last week that it will limit unnecessary travel by its citizens due to its ongoing COVID-19 outbreak in major cities that has sparked supply chain concerns and economic hardship around the world.

There have already been travel restrictions throughout China but the latest measure announced by the Chinese National Immigration Administration was seen as another step in cutting off Beijing from the world.

China said it was necessary to implement the measure to sufficiently “reduce the risk of infection when leaving the country, and of carrying the virus when entering the country."

The administration told citizens that travel will only be allowed for “essential” purposes. CNN pointed out that China did not indicate how it will enforce the new restrictions.

There were 237 new cases and 1,680 cases that were asymptomatic on the day that China made the announcement. Those cases included 35 in Beijing, which raised new concerns about the spread in the capital.

The Trends Journal has reported extensively on the ineffectiveness of lockdowns during the COVID War. (See “SWEDEN WINS COVID WAR: DEATH RATE AMONG LOWEST IN EU DESPITE REFUSAL TO IMPOSE DRACONIAN LOCKDOWNS” and “HERE WE GO AGAIN: CHINA RAMPS UP COVID WAR AS KEY CITIES SHUT DOWN.”)

Chinese President Xi Jinping has been one of the world's last remaining holdouts to enforce a "zero COVID" policy, which means any small outbreak results in an immediate lockdown until any risk of further contamination is snuffed out.

The Financial Times, citing Nomura, the Japanese bank, reported that China currently has about 41 cities under partial or complete lockdowns. These cities account for about 300 million citizens. To put the number in perspective, the U.S. has about 329.5 million residents.

TRENDPOST: It’s worth pointing out that last week China and the World Health Organization clashed over Beijing’s “zero-COVID” policy.

Tedros Adhanom Ghebreyesus, the WHO Director-General, said scientists at the organization do not believe China’s approach is “sustainable, considering the behavior of the virus now and what we anticipate in the future.”

Shanghai’s vice mayor said Sunday that the city of 26.32 million will start to reopen on Monday.

Reuters reported that the city has been locked-down for more than six weeks.

The Chinese tourist industry is a major player in international travel and the tourism industry. In 2019, Chinese tourists spent over $260 billion while traveling abroad compared to Americans who spent $184 billion during the same time period.

“European Tourism Trends & Prospects” quarterly report from the European Travel Commission said the continent will not hit the 2019 numbers until 2025.

And beyond tourism, it will continue to devastate the Chinese economy. The nation’s retail sales fell a steep 11.1 percent year-over-year in April and they are down 14 percent from their February peak. Also, China’s industrial output fell 2.9 percent last month.

While Beijing will allow Shanghai to allow restaurants to slowly reopen and the city aims to resume normal production and life by the middle of June, we forecast the psychological and economic damage imposed upon the people by its government will keep the nation’s economy from hitting its 5.5 percent 2022 GDP growth level.