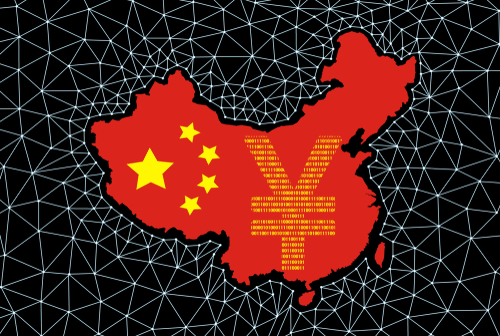 The Chinese government is pressuring McDonald’s to expand its ability to accept payments in e-renminbi, China’s new state-backed digital currency, in more stores before next year’s Winter Olympics begin in February, according to the Financial Times.

Currently, McDonald’s plans to accept the e-renminbi at 270 restaurants in Shanghai but the government wants the burger chain to install digital payment technology quickly in its stores across the country.

Other U.S. companies operating in China are feeling the same pressure, the FT reported.

The government is not singling out U.S. companies, according to Darrell Duffie, co-leader of a project on the e-renminbi at Stanford University’s Hoover Institution.

“The Winter Olympics is one of the testing grounds for the digital yuan,” he said, “so all sorts of retailers, including domestic and foreign companies, will be required to participate.”

China has targeted the Olympics as a showcase to advertise its new digital currency to the world, as we reported in “China: Digital Currency World Leader” (20 Oct 2020).

The e-renminbi is issued by the People’s Bank of China and will coexist with coins and paper money, the bank said, at least for now. Transactions are made via a smartphone app.

TRENDPOST: As we wrote in “China: Digital Currency Control” (18 Feb 2020) China’s move from dirty cash to digital trash peels back one more layer of privacy from the individual. The government will be able to know where a person travels, what books or magazines they buy, what they like, and what they think. The government will have an accounting of every renminbi spent and will collect every tax yuan owed.

By tracking purchases back to bank accounts, Chinese authorities also could access a range of personal information on any individual using the new stablecoin, no matter what country the person lives in.

A digital renminbi also would be easier to use internationally than paper money or checks drawn on Chinese banks, a feature that could extend China’s already considerable market power, which we noted in “China’s Digital Yuan Could Challenge Dollar’s Leadership” (27 Jul 2021).

“Although the e-renminbi is new technology, it’s using the same old playbook where the Chinese Communist Party uses commercial integration to decouple itself from the international system,” Republican Michael McCaul, ranking member of the House of Representatives foreign affairs committee, said in comments quoted by the FT.

TREND FORECAST: China will use its new digital currency not only to modernize its financial system but also as a new way to surveil people suspected of activities the government dislikes as well as to make it harder to engage in questionable financial activities.

The government will not hesitate to make the most of this new surveillance tool, extending its probes deeper and more broadly into the lives of any individual using the digital cash.

Foreigners using the technology also could be subject to having their personal financial lives explored. Banks and individuals will need to deploy additional security measures to guard against Chinese snooping.