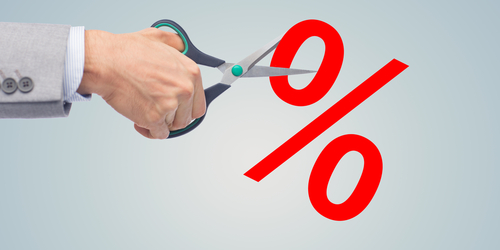 On 20 December, the People’s Bank of China reduced its one-year prime lending rate by 0.5 percent to 3.8 percent.

The rate is the one at which commercial banks lend to their most credit-worthy customers and benchmarks rates for other loans, CNN Business noted.

The cut is an attempt to reinvigorate a slowing economy slammed by the Omicron virus, lagging consumer spending, an energy shortage, a harsh crackdown on businesses deemed “too capitalist” (“Xi Ramps Up Economic “Cultural Revolution” in China,” 27 Jul 2021), and a property industry staggering under mountains of debt (“Evergrande in Default, Fitch Says,” 14 Dec 2021).

Also, China has adopted a “zero tolerance” policy for Omicron infections, keeping consumers out of stores and restaurants. The policy has dealt another blow to the country’s consumer economy, which China is trying without great success to cultivate in its “dual circulation” strategy of balancing consumer spending and  export revenue.

In November, China’s home prices fell for a third consecutive month, according to government data, signaling a continuing crisis in the property market, which accounts for as much as a third of China’s GDP.

The rate cut is the first since April 2020, when the bank chopped its rate in response to the country’s COVID-related temporary shutdown and its first economic contraction in four decades.

"The cut reinforces our view that authorities are increasingly open to cutting interest rates amid looming economic headwinds," China strategist Zhaopeng Xing at ANZ wrote in a 20 December research note.

The rate reduction will save China’s borrowers about 80 billion yuan, equivalent to about $12.6 billion, per year, beginning in 2022, he estimated.

Last week, the central bank reduced the cash reserve requirement for most banks by half a percentage point. The reduction is expected to release an additional 1.2 trillion yuan, or about $188 billion, for business and personal loans, the bank said.

The central bank “wants to provide more easing as it gets more concerned of the economic momentum," Societe Generale wrote in a 20 December research note.

"There should be no doubt by now that a serious (though still restrained) easing cycle is unfolding," the note said.

Analysts have said that, in 2022, China’s economy could grow more slowly than at any time since 1990, at its slowest pace since 1990 next year, CNBC reported.

TRENDPOST: China has held to a strict “hands-off” policy regarding broad economic stimulus during the COVID War.

The fact that it is now cutting interest rates and banks’ reserve requirements is a clear sign that Beijing is increasingly anxious about next year’s economic performance.

The government has set a 5-percent growth target for next year, modest by Chinese standards. The government is likely to unleash more stimulus to ensure that the GDP expands by at least that much in 2022.