CHINA CONTINUES ITS ‘ZERO-COVID STRATEGY,’ LOCKS DOWN MUCH OF WUHAN AGAIN 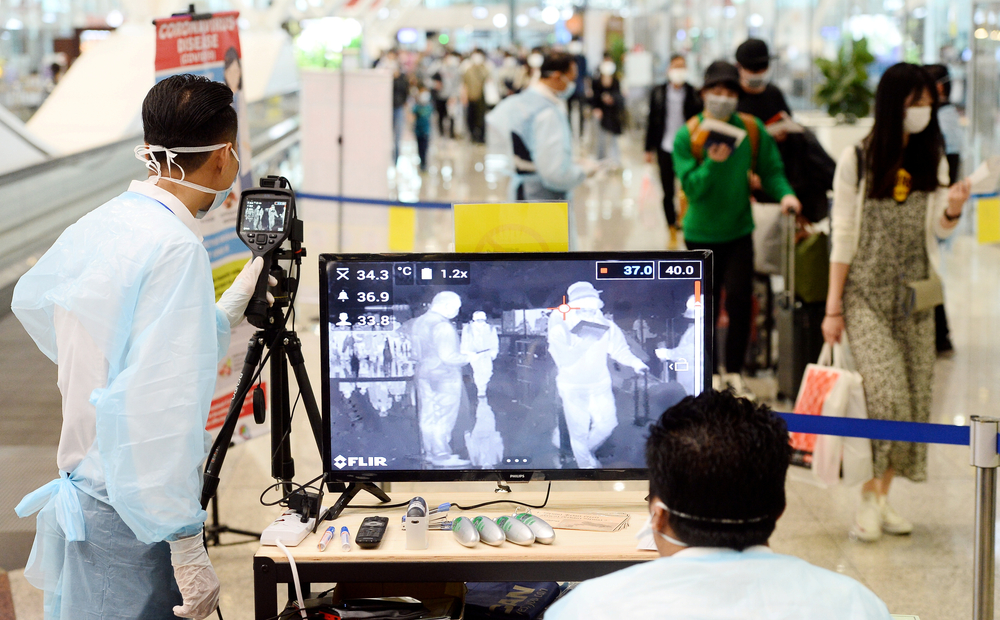 China has been one of the last remaining "Zero-COVID" holdouts and announced last week that sections in the city of Wuhan—the city where many believe the disease originated—has been placed under lockdown due to four asymptomatic cases.

Two of these cases were discovered during normal testing and the other two through contact tracing, the BBC reported.

The Trends Journal has reported extensively on China’s strict COVID guidelines that are intended to snuff out any chance of a major outbreak in the country of 1.4 billion no matter the economic costs.  (See “GLOBAL ECONOMY IMPACTED BY CHINA’S SLOWDOWN DUE TO ‘ZERO-COVID’ POLICY,” “HERE WE GO AGAIN: CHINA RAMPS UP COVID WAR AS KEY CITIES SHUT DOWN” and “CHINA RAMPS UP ZERO-COVID POLICY: STAY HOME, DON’T TRAVEL.”)

But China, considering its size, had relatively few cases compared to Western countries. On Tuesday, there were just 553 new infections in China. The U.S. is recording about 500 deaths per day due to the virus.

New York Gov. Kathy Hochul announced last week that the state's hospitalization rate hit levels not seen since February. There were about 2,800 COVID patients admitted into hospitals on Wednesday alone.

China's initial method of taking tough measures against the virus was adopted by other countries that locked down cities except for essential services.

TRENDPOST: Study after study has shown that these lockdowns did little if anything to stop the spread of the virus in Western countries. (See "STUDY SHOWS LOCKDOWNS SAVED JUST 10,000 LIVES IN U.S. AND EU...BUT KILLED MILLIONS OF LIVES AND LIVELIHOODS," "COVID-19 LOCKDOWNS A COMPLETE POLICY FAILURE" and "WHO NOW SAYS 'WE DO NOT ADVOCATE LOCKDOWNS.")

Dr. David Nabarro, the WHO’s Special Envoy on COVID-19, said in an interview back in October 2020 that political leaders have been too extreme in using lockdowns to try to slow the spread.

“We really do have to learn how to coexist with this virus in a way that doesn’t require constant closing down of economies but at the same time in a way that is not associated with high levels of suffering and death it’s what we’re calling the middle path and the middle path is about being able to hold the virus at bay whilst keeping economic and social life going and we think it’s doable,” he warned.

China's latest restrictions in Wuhan will span for three days and most of the businesses in the city will be forced to close, according to The Wall Street Journal. The report said the restrictions were the first imposed since January 2020, at the start of the outbreak. The first lockdown lasted for 76 days.

The most extreme lockdown being imposed in hot zones in the city means residents cannot leave their homes. Bars, movie theaters and all performance spaces have also been closed.

The lockdowns are not limited to Wuhan. Shenzhen, a city of nearly 13 million, promised to "mobilize all resources" to stop the spread of the virus and CNBC reported that Tianjin, which is home to Boeing and Volkswagen factories, has tightened its COVID restrictions.

TRENDPOST: As we have pointed out in several earlier issues, China led the way during the first round of COVID-19 infections in 2020, and there is little reason to believe that the West will not impose its own lockdowns if another variant begins to spread.

Europe and the U.S., which have already crushed small businesses and the human spirit during previous outbreaks, have shown a willingness to let Beijing set the bar.

The researchers wrote that their findings provide "evidence to adjust public health measures during the BA.5 surge."