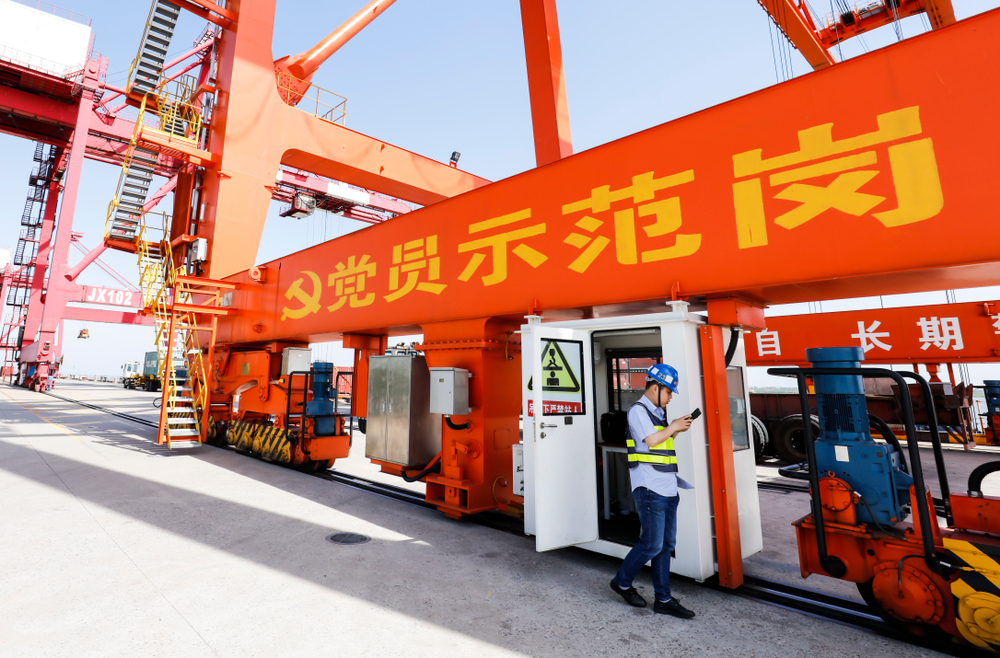 A week after detecting a single COVID case among dock workers, Chinese authorities are forcing one of three terminals at the port of Ningbo-Zhoushan, the world’s third-busiest transit point for international shipping, to remain closed.

The terminal is a key point from which Chinese goods, from toys to furniture to auto parts, are sent to North America.

Dozens of ships are huddled outside the terminal, waiting to load goods for the U.S. holiday shopping season, The Wall Street Journal reported.

To avoid the crush, shippers delivering goods to China are diverting their vessels away from Ningbo and to nearby ports, such as Hong Kong and Shanghai, causing massive congestion at those points.

“We are currently looking at delays of up to two weeks in cargo deliveries,” Nils Haupt with German shipping giant Hapag-Lloyd, told the WSJ.

Shipments to and from Vietnam, Singapore, and other Asian countries have slowed recently as authorities closed ports and shuttered businesses in the face of the resurgent COVID virus, the WSJ said.

The Asian logjam has replicated itself in the U.S. ports of Long Beach and Los Angeles, where 37 container ships were anchored off the two, the WSJ said, waiting to load goods to take east once docking space opens again in Asia.

“About 10 percent of the global container capacity is stacked on ships stuck outside congested ports,” Lars Jensen, CEO of Danish shipping company Vespucci Maritime, said to the WSJ.

“We’re in peak season prior to the year-end holidays and we are dealing with a serious capacity crunch,” he said.

Home Depot and Walmart have chartered ships to bring merchandise to the U.S., a move that might be no more costly, and possibly less, than paying freight rates that have quadrupled since December and pile up for every hour a ship is waiting at a clogged port.

Daily freight rates for a container of goods coming from China to the U.S. stood at $16,425 last week, compared to $3,886 on 1 January this year, according to the Shanghai Containerized Freight Index.

Shippers “are the first to return to normalcy” when the choke points clear, “but we don’t see it happening before early next year,” Haupt said.

TREND FORECAST: The longer ports stay closed, the slower the shipping will be and the higher the cost of delayed products will rise... thus pushing inflation rates higher as demand outstrips supply.

TRENDPOST: China’s “zero tolerance” policy toward COVID infections is deemed as a hysterical overreaction that is playing havoc with the world’s economy...  for no reason other than one person at one dock tested positive for the virus—did not die, merely tested positive.

While nations can learn from China’s absurd stance and strive to keep their economies functioning amid the Delta variant hysteria, they are not alone in “one” case lockdown.

As we reported in the Trends Journal, the entire nation of New Zealand locked down for one case. And its neighbor Australia has been through a torrent of lockdowns despite only 74 people in a nation of 25 million dying from the virus since the start of the year. And, as we noted, the average age of Aussie COVID deaths is above 80 years of age.

In the absence of strong anti-establishment, ant-lockdown movements, we forecast that most countries will contribute to a harsh round of global economic paralysis by imposing new lockdowns and restrictions, ignoring lessons that could be learned from last year’s crisis: isolate the vulnerable, leave businesses open, take sensible precautions based on science and hard data and not mandate draconian rules.