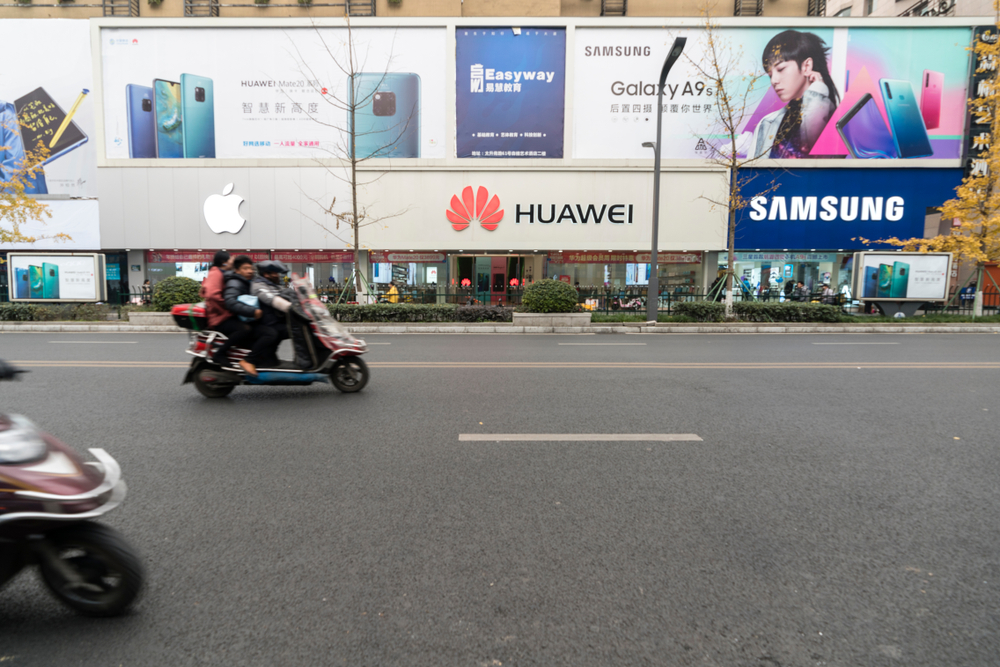 There have been many blunders and deceits that have allowed China to morph from the world’s producer of low and medium value goods, into a serious threat at the bleeding edges of tech innovation.

At this point, things will have to change, and quickly, or the era of U.S. dominance in leading technologies will be over.

That’s the assessment of the Information Technology & Innovation Foundation (ITIF).

A 2021 white paper, titled A U.S. Grand Strategy for the Global Digital Economy, details how China has abused its designation as a “developing nation”, and its membership in the World Trade Organization.

It has coerced companies into handing over business and trade secrets in order to gain access to Chinese markets, and training Chinese workers who would eventually replace those businesses. It has protected and subsidized certain tech sectors from foreign competition while those sectors captured domestic markets. It has manipulated its currency to advantage its industries. And most perniciously, it has specialized in intellectual property theft, costing the U.S, an estimated $500 billion a year in direct losses alone from that theft (see our recent Trends Journal article “CHINA BUSINESS ESPIONAGE NETS $500 BILLION A YEAR”).

The ITIF report argues that the U.S. must adopt a “digital realpolitik” approach to counterting and limiting China’s advances, while working multilaterally to maintain a lead in technology innovations.

Anything less will mean not only a relegation to a second nation status. It will likely portend a future where America — and the rest of the world — become co-opted, surveilled, dramatically less free mercantilist satellites of a world-dominating Chinese superpower.

How China Went from Cheap Knock-offs to Tech Powerhouse

China’s massive populace was always the allure that the West couldn’t resist as a potential market for leading tech only Western nationals could supply.

Following advances by Japan in the 1960’s and 70’s in building an industrial base that could provide cheap commodities to compete with Western alternatives. The other “Asian Tiger” nations of South Korea, Taiwan and Hong Kong also found prosperous niches in tech related industries. In many cases, the U.S. and other western nations forged close economic ties, to bolster strategic and not merely economic objectives.

China emerged in the 80’s and 90’s, following much the same path as the Asian Tigers. Unlike Europe, they accepted meager wages and thin margins in order to gain market share at the low end of the value chain in many IT markets. They also benefited from state financial support.

U.S. companies ceded competition, and focused on developing and selling more advanced tech. But it became more evident that Asian countries were intent on moving up the chain and learning to engage in the kinds of research and development to compete in arenas of advanced technology.

While Japan led in the quest, it made a mistake in the exploding internet era, eschewing global, interoperable standards. Though its IT products were quite advanced, they were nonetheless isolated from global markets.

China didn’t make that mistake. And it also benefited from having something Western businesses craved: a huge populace that represented one of the biggest untapped markets on earth.

With agreements like developing nation status and eventual entry into the WTO in 2001, the U.S. and Europe thought they could entice China with growing prosperity for its people, and bring that nation into the world order. China would be the new base of relative low-end commodity production for the world, while its more affluent consumer base would become customers for a plethora of western products, from agriculture staples, to advanced internet and tech related services where U.S. companies like Microsoft, Apple, Intel, and soon Google and Amazon, were trailblazing.

It’s important to note that the Clinton administration actually walked away from a WTO deal with China, because it believed the agreement did not sufficiently protect American unionized industries. But an outcry of business leaders led the U.S. back to the agreement, which was signed in November of 1999.

An assessment available at the Institute for Agriculture and Trade Policy (IATP) hopefully predicted at the time:

“This is an historic agreement, one that will rank with President Richard Nixon's decision to open state-to-state relations with China and President Jimmy Carter's extension of diplomatic relations. Economically, the WTO agreement will give new momentum to reform in China, while politically it will help anchor U.S.-China relations, dampening the severe oscillations the relationship has suffered in recent years. In retrospect, this agreement is likely to be seen as the Rubicon in China's opening to the outside world. Although China has been opening to the world for two decades now, much of that progress has stopped short of total commitment to all — especially security-oriented rather than economic — international regimes. The WTO agreement will take China from ‘shallow integration’ to ‘deep integration.’”

But it hasn’t turned out that way.

China Projects Confidence While the U.S. Tears Itself Apart

As China has gained in technical prowess, it has become more aggressive in expanding its territorial claims over Hong Kong and Taiwan, and the South China Sea. It is intent on pulling nations in not only its immediate sphere, but also Africa and Europe into a 21st century mercantilist Silk Road vision, all economic activity is controlled and directed for its benefit and strategic interests.

The white paper of the ITIF presents a chilling summary of the kinds of advanced technology where China is now leading the way, and possibly taking the world, unless the dynamic changes:

“It will also innovate in very different areas, prioritizing those valued by the state, such as facial recognition, social credit, traceable financial transactions, and the like. Overall, China is the most serious competition America has ever faced.”

Many would point out that post 9/11, the U.S. has hardly needed assistance in developing its own freedom-crushing systems of surveillance and political control. But relatively speaking, China’s communist system presents an even worse specter challenging centuries long progress in human rights and liberties. As the ITIF whitepaper states it:

“China is not just another Asian Tiger; it is a Leninist dictatorship that rejects Western values of free speech, an open press, democratic elections, and the rule of law. Indeed, under Xi Jinping, all party apparatuses are to ‘guide the broad masses of teachers and students to be strong believers’ in Marxist theories and socialist core values. Indeed, the famous Document 9, an internal communique from the party in 2013, warned all cadres to stop universities and media from discussing seven topics: ‘Western constitutional democracy, universal values, civil society, neoliberalism, the Western concept of press freedom, historical nihilism, and questioning whether China’s system is truly socialist.’”

China has managed to assert itself more confidently since leveraging and gaming its WTO membership. It has succeeded in walling off its markets to U.S. tech, while giving space and time for its own alternatives like Baidu, Alibaba and Tenecent to establish themselves.

It has employed new technologies and systems of control to crush dissent within its borders, while undermining other countries with economic and ideological warfare.

The U.S., meanwhile, has suffered a crisis of values, fighting “cultural wars” that pick endlessly at historical wounds despite significant progress, and obsessing about “microaggressions”, gender and racial politics.

Some of that turmoil has been fomented and magnified in higher education institutions long filled with Marxist ideologues sympathetic to China. It hasn’t helped that many of those institutions have come to depend of direct communist Chinese support for their continued existence

China has brooked no similar self-examinations of the tens of millions murdered in the 20th century by the CCP. Nor has it entertained lecturing about its current horrendous treatment of minority populations like the Uighurs. In fact it has nakedly exercised its economic might to cow and silence opposition from American media and sports industries, among others.

So how should the U.S. counter China’s growing power?

Here the ITIF argues for an “optimistic vision” of tech innovation that would give tech companies a wide berth in terms of regulation.

The paper acknowledges that big tech firms have accrued enormous amounts of power. But it argues that a “techlash” reigning in current leading tech firms like Google and Amazon would only weaken the overall U.S. advantages vis a vis China.

“We see this with calls to break up big tech companies, require “big tech” to pay users for their data, eliminate Section 230 protections, impose strict privacy regulations, heavily regulate or even ban emerging technologies, tax IT technologies, and move to government provision of broadband services…”

The report argues that innovation, if allowed to proceed, has a way of upending and limiting even the largest dominant companies, as unforeseen technologies supplant “mature” ones. Interestingly, though the report doesn’t specifically mention disruptive decentralized blockchain technologies including exploding crypto and DeFi projects, that would seem to be an example supporting the ITIF view.

The report contrasts an optimistic U.S. style technology vision with a “pessimistic” European approach, which has led to a fracturing of cooperation between powers which must be united to prevail against Chinese dominance:

“One reason is EU techno pessimism—AI and robots kill jobs, AI is biased, virtual reality is addicting, e-commerce hurts small firms, big tech breeds inequality, big firms should be chopped down to size, Internet companies practice “surveillance capitalism,” and on and on—not only dampen excitement for and interest in digital technology innovation, they generate anti-innovation policies.”

The paper argues that one of the best chances to effectively counter China would be for the U.S., EU and other “unaligned” nations to find common ground in addressing some of the abuses and imbalances produced by a powerful tech sector, while not hobbling incentives to innovate:

“If American policymakers expect the EU to compromise, it is only reasonable that the United States does as well. This could start with Congress passing a privacy bill. Such a bill would give consumers reasonable privacy rights, and would also preempt state and local regulations, ban private rights of action, and give consumers an opt-out — not opt-in — right. On digital tax issues, the administration should continue to work with the Organization for Economic Cooperation and Development (OECD) to ensure all companies pay reasonable taxes and cannot unreasonably shelter income in tax havens.”

It’s highly debatable whether such proscriptions would be effective in protecting Constitutional rights of Americans currently being trampled by technocratic elites. And it may indeed be optimistic to expect that the current crop of big tech companies won’t do practically anything to ingratiate themselves with China in the hopes of retaining or gaining access to Chinese markets. But the ITIF points out that it should be clear to all that whether its German automobiles, Apple Iphones or Intel microchips, China has no intentions of allowing any foreign company to succeed in their sphere over the long term.

The full ITIF whitepaper can be read here.