CHINA CALLS FOR RESTRAINT IN UKRAINE, BLAMES WEST FOR CALAMITY 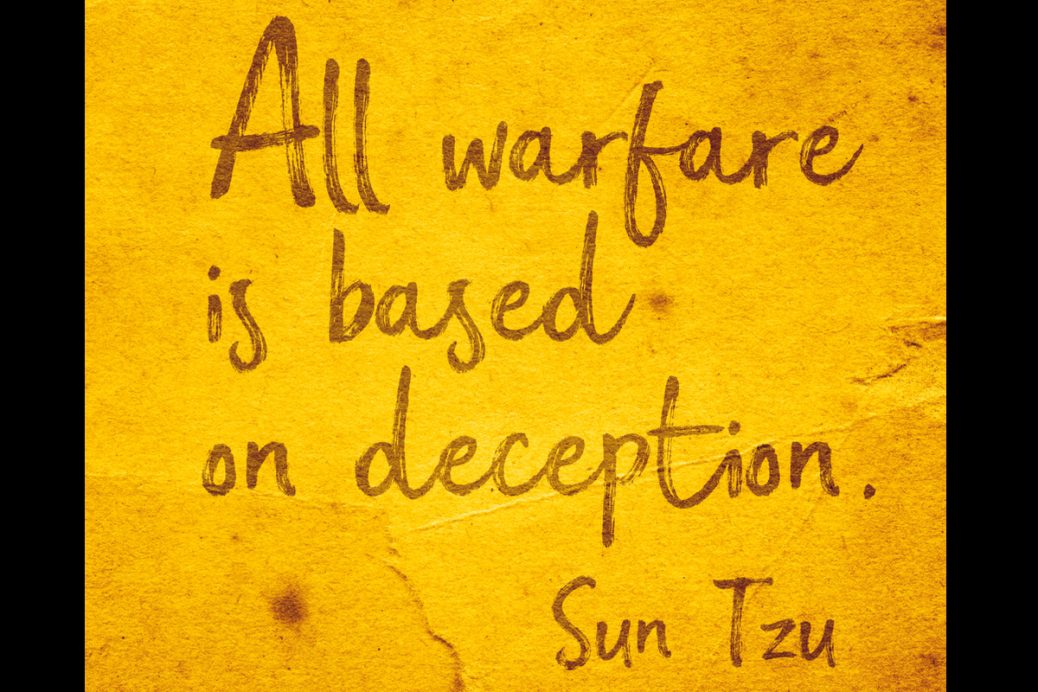 As the saying goes, “It’s the economy, stupid.” Not wanting to damage its trade relations and financial security, China is trying not to turn its back on Russia after the invasion of Ukraine, while also maintaining its diplomatic relationship with the West, which is a tough balancing act.

One thing is certain: Beijing believes the world arrived at this point due to Washington's interference in Kyiv.

Hua Chunying, the Chinese foreign ministry spokeswoman, said the invasion of Ukraine was not what Beijing hoped to see.

“China has taken a responsible attitude and persuaded all parties not to escalate tensions or incite war,” she said on Thursday. “Those who follow the U.S.’s lead in fanning up flame and then shifting the blame onto others are truly irresponsible.”

China abstained from voting on a UN Security Council resolution that intended to end the conflict.

Hua called for “restraint to prevent the situation from getting out of control.” Reuters reported that she criticized journalists for pressing her on the matter, saying, “This is perhaps a difference between China and you Westerners. We won't go rushing to a conclusion.” (See “CHINA SIDES WITH RUSSIA IN CLASH WITH WEST. WILL THE BOTTOM LINE LIMIT SUPPORT?”)

“Regarding the definition of an invasion, I think we should go back to how to view the current situation in Ukraine. The Ukrainian issue has other very complicated historical background that has continued to today. it may not be what everyone wants to see,” she said.

The American media has essentially grabbed on to the narrative that Russia’s Vladimir Putin is the sole aggressor, is suicidal, and wants to bring the world down with him. He and he alone deserves all the blame, according to Western reports.

Michael Tracey, an independent journalist in the U.S., tweeted, “Anyone who dares question any aspect of this ever-escalating militarization is immediately attacked as a Putin lover. There’s virtually no skepticism, much less opposition, anywhere. Anti-war movement non-existent. Total unanimity in favor of escalation, with no end point. Great.”

Indeed, the cover of last week’s Trends Journal noted that “TALK OF PEACE IS FORBIDDEN.”

Tracy retweeted an Associated Press update that said the U.S.—for the first time—agreed to deliver Stinger missiles to Ukraine as part of a package approved by the White House last week. (See “WAR MACHINE MAKING BILLIONS.”)

President Biden has tried to describe Putin as persona non grata with the international community and—without mentioning China by name—said any nation that “countenances Russia's naked aggression against Ukraine will be stained by association.”

Biden was asked flatly if he was urging Beijing to isolate Moscow, and he said he would not comment further, Reuters reported.

Jen Psaki, the White House press secretary, called the Russian attack “a moment for China, for any country, about what side of history they want to stand on here.”

The Economist reported that—considering the new sanctions announced by Western countries—Moscow may have to turn further toward China, which would “condemn Russia to being the junior partner of an unsentimental regime which sees it as a diplomatic sidekick and a backward source of cheap commodities. That is a yoke Mr. Putin would chafe under.”

At least two Chinese public banks will reportedly limit financing to purchase raw materials from Russia due to the concern over Western sanctions, according to Bloomberg. The banks, ICBC and the Bank of China, will restrict the purchase of Russian commodities.

The news organization cited unnamed sources in its report, and said the concern at these banks is that allowing the funding could be seen as supporting last week’s invasion.

There is a chance that the invasion of Ukraine can result in a new alliance between Russia and China that molds the next century. The invasion put Beijing—like Israel—into a nearly impossible balancing act, according to Kevin Rudd, the former Australian prime minister, according to The New York Times.

“I don’t think this is good for anybody,” Wang Huiyao, the president of the Center for China and Globalization, told the paper. “Conflict is not a solution, and China doesn’t want to see things deteriorate.”

It is unclear how much Beijing knew about the invasion before it took place. Reports said China’s Embassy in Ukraine’s capital looked like it was caught flat-footed because it did not evacuate its staff until after the attacks started. The country’s official stance is neutral, according to The Global Times, and reiterated that Beijing supports “all diplomatic efforts” to bring a “peaceful settlement” to the crisis.

Tong Zhao, a senior fellow in the Nuclear Policy Program at the Carnegie Endowment for International Peace, which is in Beijing, said China is “clearly sympathetic to Russian perspectives.”

“China thinks that it's the NATO expansion and other threats from the U.S. and NATO” that prompted Putin to act and defend the country’s legitimate interests.

“In other words, I think China feels Russia feels it is forced to do what it is doing,” he said.

TRENDPOST: There’s an old saying in politics: Never let a good crisis go to waste. There are emerging reports that say Washington is trying to use the Russian invasion as a way to damage the relationship between Moscow and Beijing. (See “TOP TRENDS 2021: THE RISE OF CHINA.”)

A U.S. official told The Wall Street Journal that the invasion will eventually force China to pick a side: Russia or the West. There is even a chance that China itself can face sanctions for keeping its financial market open with Russia.

It remains to be seen how well that takes hold. Wang Wenbin, the Chinese foreign minister, said, “The truly discredited countries are those that want only to interfere in other countries’ internal affairs and wage wars in the name of democracy and human rights.”

TRENDPOST: The Trends Journal has reported extensively on Washington’s war of words with Beijing over several issues ranging from control of the South China Sea, Uyghur detention camps, and Taiwan. (See “CHINA WON’T STOP AT TAIWAN, SO WHERE SHOULD AMERICA DRAW THE LINE?” “CHINA/TAIWAN TENSIONS RISING: WAR ON THE HORIZON?” and “CHINA PUTS CHINA FIRST.”)

TREND FORECAST: America, with the largest military in the world, has not won a war since World War II, and just lost the 20 year Afghan War. Despite spending an estimated $2.3 trillion, it could not defeat some 80,000 Taliban fighters. Therefore, any war talk about the U.S. waging against Russia or China is nothing more than “talk.”

However, absent a universal peace movement, the current Ukraine War, we forecast, will escalate into WWIII... the war that will end life on earth.