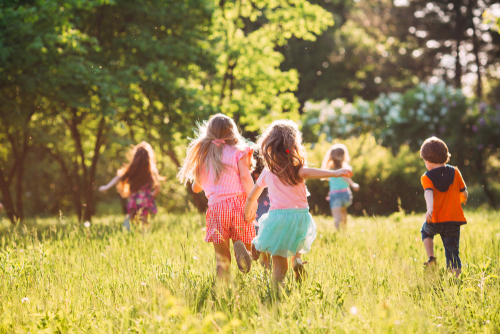 The innate immune systems in children have been identified as a key factor in why so few develop serious symptoms—and why so many parents are hesitant to sign them up for the experimental vaccine.

MedlinePlus.gov defines the innate immune system as the defense system a human has when born. They are seen as highly adaptable to outside bacteria and viruses.

“It protects you against all antigens. Innate immunity involves barriers that keep harmful materials from entering your body. These barriers form the first line of defense in the immune response,” the government website read.

It has been widely documented that COVID-19 in most children has mild symptoms if any at all. STAT News reported Monday that new data suggest that the Pfizer jab works “substantially less well” in preventing infections and hospitalizations in children aged 5 to 11.

The research was carried out by the New York State Department of Health. It has not been peer-reviewed.

John Moore, a virologist at Weill Cornell Medical College, said the issue is likely the lower dosage the children received.

VOA News reported on Saturday that medical experts have expressed concerns that the mask-wearing and social distancing that children faced during the first two years of the outbreak could have a negative effect on their immune systems as they get older.

Sara Sawyer, a professor of molecular, cellular and developmental biology at the University of Colorado Boulder told the outlet that there are a lot of “reasons to believe that kids need to be exposed to things to keep their immunity complex, so that should they encounter something very dangerous, they have aspects of their immunity that might cross over and help protect them against those things.”

A recent study by the Kaiser Family Foundation found that half of 420 parents surveyed were not too worried about their children getting sick from the virus, The Wall Street Journal reported.

TRENDPOST: The Trends Journal has reported on parent’s resistance to getting their children jabbed and despite the facts that they are not dying of COVID, a series of government and agency mandates are forcing them on school children of all ages. (See “PARENTS RESISTANT TO JABBING THEIR CHILDREN.” “DRUG DEALERS: GET KIDS VACCINATED,” “NO GOOD REASON FOR VAXXING KIDS,” “JAB KIDS WHO WON’T DIE OF THE VIRUS: THERE’S NO BUSINESS LIKE VAX BUSINESS,” “VAX KIDS? MORE DROWNED IN THE U.S. THEN DIED OF COVID” and “VAX KIDS? THE COVID RISK IS ‘TINY’.”)