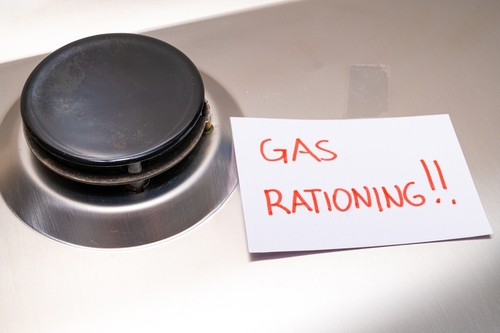 Germany and the Netherlands have terminals to import liquefied natural gas and could be accused of hoarding if the bounty is not shared equitably with other nations, he worries.

“I’m not so much concerned that we cannot find agreement, but it is better to discuss emergency proceedings when you still have time and not when the house is on fire,” he told the FT.

“If you don’t operationalize it, you wind up in chaos,” he added.

Europe must prepare now to lose all Russian gas imports as the country retaliates for Western opposition to its war in Ukraine, the International Energy Agency warned last week.

In the past, legal battles have erupted over countries’ right to define protected customers themselves instead of collectively, the FT noted.

RWE is now receiving just 40 percent of the Russian gas it has contracted for, spurring the company and the German government to reawaken shuttered coal-fired electric generating stations.

Germany is working on its own plan to distribute power among businesses and households, but a framework needs to be designed to move gas to countries such as the Czech Republic and Hungary, while ensuring that priority customers are defined in much the same terms among participating nations, Krebber said.

“Otherwise, transmission system operators do not know on what basis to make decisions,” he pointed out, “how much gas to keep and how much to send to other countries.”

In April, Italy mandated that buildings not be heated above 19°C in winter or cooled below 25°C in summer, roughly 66°F and 77°F.

Other European Union countries have yet to set limits of their own.

TREND FORECAST: We maintain our forecast that despite actions taken by nations dependent on Russian gas and oil, it will be many years before they can replace what they have lost. Furthermore the limits and mandates being imposed by governments to cut back on industrial and consumer use will prove both negligible and costly.

Illustrating the depth and scope of the energy shortage and its consequences, yesterday, The Wall Street Journal reported that due to shortages of Russian gas, the German chemicals giant BASF may be forced to cease production at the world's biggest chemicals plant in Ludwigshafen..

"Cutting down production at this site will be a huge task," said BASF senior economist Peter Westerheide, as quoted by the WSJ. "We've never seen situations like this before. It's hard to imagine."

Yes, “hard to imagine” but politicians who impose these sanctions that did nothing to stop or slow down Russia’s Ukraine War, lack the imagination of the socioeconomic consequences of their actions.