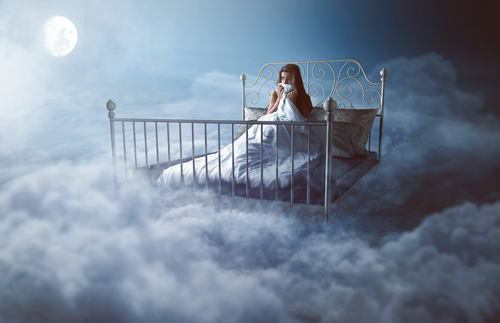 Central banks are beginning to face the very real prospect of national economies shaped by slowing growth and rising prices, a fiscal disease which we term, Dragflation, which we reported on last week in articles “ANALYSTS WRONG. NOT STAGFLATION, IT WILL BE DRAGFLATION” and “Spotlight: Inflation Spreads” (5 Oct 2021).

To head off the emergency, central banks are adjusting their policies in different ways.

Brazil, Norway, and other nations have raised interest rates; the U.S. and U.K. are taking steps to withdraw cash from the economy. The European Union and Japan have taken no actions.

These changes in monetary policy, the domain of central banks, usually are effective at quelling inflation because they make borrowing more expensive, reducing companies’ urge to take loans to expand or cutting back consumers’ ability to borrow to buy a new car or remodel a bathroom. (In the U.S., the cost of an average new car according to J.D. Powers is $42,368... up 17 percent from last September.)

However, the COVID War has created an economic climate unparalleled in recent history. Thus monetary policy is much less effective when basic goods are scarce, supply chains are broken, key jobs are vacant and unemployment numbers rise... as they are now.

Monetary policy also does not always get it right.

The German Bundesbank’s tight monetary policy successfully guided the country’s economy through the oil shock of the 1970s. However, in 2011, the European Central Bank (ECB) raised interest rates during a food and fuel shortage, a move that worsened the crisis instead of easing it.

Now central banks face similar risks: tightening policies too soon could strangle an incomplete economic recovery, while waiting too long could allow inflation to embed itself in the economy, most likely through a spiral in which wages and prices chase each other higher.

U.S. Federal Reserve officials have continued to insist that today’s inflation rate is fueled largely by supply line snarls and will ease once those are smoothed out, however, as we note, it is more than just supply lines that are pushing up inflation...it is the cheap money they and governments injected into the economic system that has artificially propped it up. (“Fed Leaves Policy Unchanged, Acknowledges Brighter Outlook,” 4 May, 2021).

In contrast, the ECB plans no action, bank president Christine Lagarde has said, even with Europe’s inflation running at a 13-year high.

Bankers must “look [beyond] temporary, supply-driven inflation, so long as inflation expectations remain anchored” and wages do not spike.

Neither wages nor broad expectations for spiraling inflation are present across Europe at the moment, she said.

TREND FORECAST: Europe’s exploding energy crisis, which threatens everything from food supplies to factory output, will send prices higher, forcing the ECB to choose between two risky options: boost interest rates and risk crippling the incomplete economic recovery or keep rates low to prop up the region’s GDP while inflation erodes the value of money.

As the saying goes, when the United States sneezes, the world catches a cold. Therefore, when the U.S. Federal Reserve raises interest rates, we forecast so too will the ECB... since failure to do so will crash the euro (which is already sharply down against the dollar year-to-date), and dramatically spike inflation rates.

TREND FORECAST: Get ready for war in parts of the Middle East. As for the Turkish lira diving and interest rates sinking, please refer to our article last week, “TURKEY: A CRIME TO TELL THE ECONOMIC TRUTH?”

We noted that in March, the sinking lira and rising inflation are symptoms of a much more troubling Turkish socioeconomic and geopolitical environment. (See “Turkey: No Political Opposition Permitted,” 23 March, 2021.)

As the global economy decelerates and inflation keeps rising across the globe, the lira and Turkey’s economy will continue to deeply slide. With the lira hitting record lows against the dollar and with its President Erdogan’s popularity near record lows, we had forecast that when all else fails, he will take the country to war.