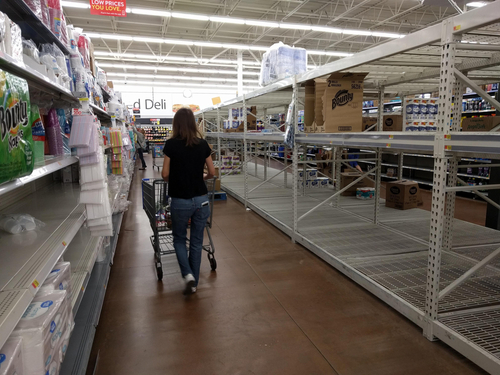 Supply disruptions will last longer than initially thought, according to the heads of four of the world’s largest central banks, who spoke at a 29 September panel discussion.

Jerome Powell, chair of the U.S. Federal Reserve, expressed frustration that logistics tangles were hampering the world’s economic recovery and helping to drive inflation “well above target,” he said.

“We expect that it will continue to do so in coming months before moderating as bottlenecks ease,” he added.

“How long it will take these bottlenecks to fade out is a question we are monitoring very closely,” Christine Lagarde, president of the European Central Bank, said, noting that global bottlenecks can be pinpointed to certain factors, such as shortages of semiconductors and shipping containers.

As a result of such shortages, including a critical scarcity of natural gas, the U.K.’s economy will return to pre-pandemic “a few months later” than expected, Andrew Bailey, governor of the Bank of England predicted.

“What people didn’t see coming was the supply-side constraints,” Powell said. “That was a total surprise.”

“It’s not that our inflation models were wrong,” he was quick to add, “but just the scope and persistence of the supply-side constraints were missed.”

While the central bankers continue to insist that inflation will weaken as supply systems unclog, many economists point to shortages of key materials and products that could endure far longer, keeping inflation high, the Financial Times noted.

Central banks in Brazil, Hungary, Norway, Pakistan, Paraguay, and Russia all have raised rates to tamp down inflation in their countries.

The Fed will take action if inflation proves to be more “substantial” than the central bank now expects, Powell said.

Haruhiko Kuroda, the Bank of Japan’s governor, also participated in the discussion.

TRENDPOST: The Central Banksters have either lied about, or failed to see, the severity or longevity of the current inflation crisis; now they are promising that once the supply-chain mess is resolved, inflation will settle down.

We disagree. It is more than just supply chain issues. There are fundamental supply and demand issues that are not supply chain related.

And, as the value of currencies decline, the cost of goods increase, thus pushing up inflationary pressures.