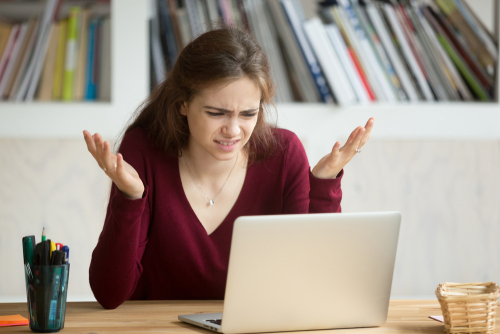 So here’s the story.

The politicians and media keep promoting the tale that most people are getting the COVID Jab, and it is only the vocal minority that refuse to listen to what their government and “scientific experts tell them.

Go back over Trends Journal articles pertaining to information disseminated by the Centers for Disease Control and Prevention and you'll run across terms like "major statistical flaw," "twisted facts," "another piece of teleological propaganda," "manipulated data," and even "meaningless gibberish." See, for example:

Even the agency's director, Dr. Rochelle Walensky, seems to have issues regarding personal credibility; see "COVID FRAUDSTER" (18 May 2021) and "THE WALENSKY WAFFLE: DOING THE BACKTRACK SHUFFLE" (3 Aug 2021).

So, a story from Bloomberg.com News, on 18 December, while it contains what could be called revelations, might not qualify as actually surprising.

What is revealed is that the CDC last week revised its statistics on how many Americans 65 and older had received at least one COVID-19 shot, from 99 percent down to 95 percent, without changing its totals.

The agency had claimed that, of 240 million people who had received at least one shot, only 203 million were fully vaccinated. Revisions in data from three states—Pennsylvania, West Virginia and Illinois—found enough over-counting of first shots to shoot holes in the CDC's numbers and, extrapolated nationally, to indicate that the actual number of unvaccinated Americans is at least 10 million more than the CDC had been claiming.

A spokesman for the Philadelphia Dept. of Public Health, quoted by Bloomberg, said "We don't have any faith in the numbers on the CDC website, and we never refer to them." West Virginia's "COVID Czar" said simply, "The truth is, we have no idea."

The CDC—and the Bloomberg article—tend to blame our "fragmented" American system of 50 states and various state and local agencies administering shots and keeping records; not like in Europe where nationwide data is more easily tracked. The new figures show that the U.S. has 72.5 percent of its population with one shot and only 61.3 percent fully vaxxed; that 11 percent gap, the article notes, "is far larger than in other developed countries."

One of the CDC's statements on the matter said, "Given the complex nature of vaccine administration and data reporting in the United States, CDC has been actively working with partners at state and local levels to enhance the quality of vaccine data."

TRENDPOST: The folks at the CDC may not be able to count, but they sure know how to speak bureaucrat-ese! Seriously, though, did you follow any of this? The best assessment of the story may be from the fellow who said "The truth is, we have no idea."

Gerald Celente likes to say "As we would say in The Bronx, 'You can't make this shit up.'" But he also frequently reminds us that "In reality, the establishment can make up any shit they want and the masses will follow...facts and data don’t matter. They buy sound-bites. The masses are clueless. They swallow the crap that the establishment shoves down their throats."

Whether these official statistics, like the COVID narrative itself, are real or spurious, one thing we can count on is that, like Dr. Walensky's pronouncements of when we need to mask up, or Dr. Fauci's pronouncements of how many booster shots will be needed, they could all change tomorrow.