CDC’S MASKQUERADE: MAKING UP BULLSHIT AS THEY PLEASE 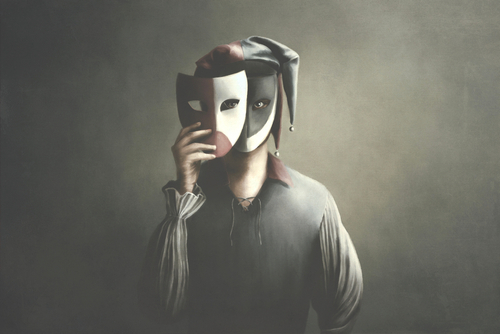 Dr. Rochelle Walensky, the head of the Centers for Disease Control and Prevention, said last Wednesday at the White House that she hopes to “give people a break from” mask-wearing in public, even though many Americans seemed to have already ditched their face coverings.

The shift may have been sparked by the leaked image last month that showed California's top elected officials inside a SoFi Stadium luxury box without a mask in sight, while the country was under a strict mask policy. (See “POLITICAL FREAKS CAUGHT LYING, KEEP LYING…WHILE ORDERING PEASANTS TO OBEY.”)

The Trends Journal has reported on numerous occasions where politicians don’t follow their own farcical COVID-19 rules. These politicians end up emerging unscathed because they know the public doesn't care. (See “NEWSOM’S ‘MISSION ACCOMPLISHED’ MOMENT SEEN AS HIS LATEST COVID SNAFU,” “CALIFORNIA’S NEWSOM: NO VAX, NO SCHOOL” and “ONTARIO FINANCE MINISTER: ANOTHER POLITICAL JOKER.”)

Walensky, who perhaps is adored by Drug Lords for her decision to overrule CDC advisers who did not recommend booster shots for younger individuals, said any face-mask rule change needs to coincide with remaining hospital capacity.

President Joe Biden announced Friday that the U.S.’s national emergency that was declared in March 2020 will be extended beyond March 1 due to the risks still posed by the virus.

Jeff Zients, the White House COVID response coordinator, said the administration is working to move toward a time when the virus is no longer a crisis, but something “we can protect against and treat.”

“The president and our COVID team are actively planning for the future,” he said.

Despite his decision to extend the national emergency, California announced that it will be the first state in the country to have an ‘endemic’ virus policy. The Associated Press said the state will emphasize “prevention and quick reaction to outbreaks over mandated masking and business shutdowns.”

TRENDPOST: On 3 November, in an article titled, “FACING THE TRUTH, PART II: MORE EVIDENCE MASKS ARE INEFFECTIVE,” we pointed out that in the early days of the outbreak, the New England Journal of Medicine wrote:

“We know that wearing a mask outside health care facilities offers little, if any, protection from infection. Public health authorities define a significant exposure to Covid-19 as face-to-face contact within 6 feet with a patient with symptomatic Covid-19 that is sustained for at least a few minutes (and some say more than 10 minutes or even 30 minutes). The chance of catching Covid-19 from a passing interaction in a public space is therefore minimal. In many cases, the desire for widespread masking is a reflexive reaction to anxiety over the pandemic.”

The article also pointed to a 26 September report on the Association of American Physicians and Surgeons’ website called “Mask Facts.”

“COVID-19 is as politically-charged as it is infectious. Early in the COVID-19 pandemic, the WHO, the CDC and NIH’s Dr. Anthony Fauci discouraged wearing masks as not useful for non-healthcare workers. Now they recommend wearing cloth face coverings in public settings where other social distancing measures are hard to do (e.g., grocery stores and pharmacies).

TRENDPOST: On 12 February, althealthworks.com, a website that focuses on news about natural health, revealed that an article posted on the Microsoft News website detailing potential health risks from long-term mask wearing was taken down.

“The potential side effects include the following according to several doctors quoted by MSN.com:

“Shortness of Breath and Lightheadedness: According to Dr. Lili Barsky, any activities that result in the expulsion of air, such as talking, singing and exercising can result ‘in the accumulation of carbon dioxide between the face and the mask.’

“The symptoms are seen due to increases in CO2 levels in the body according to Dr. Rashmi Byakodi as mentioned in the MSN article. ‘Breathing over exhaled air that turns into carbon dioxide might make you feel dizzy.’

“Headaches: According to Dr. Byakodi, ‘Headaches may occur due to the band fitting around the head all day, stress from breathing through the mask, or slight changes in oxygen and carbon dioxide levels in the blood.’

“Dermatitis: Some people’s skin may break out, and scarring around the area where the mask is worn may result in some cases.

“Weakened Immune System: Perhaps the most troubling of all symptoms on the list of doctor warnings, the immune system can be greatly weakened by low oxygen levels in the tissues as noted by Dr. Esteban Kosak in the article.”