CBDC OUT TO PRESERVE STATUS QUO FOR HAVE AND HAVE NOT COUNTRIES, SAYS NEW STUDY 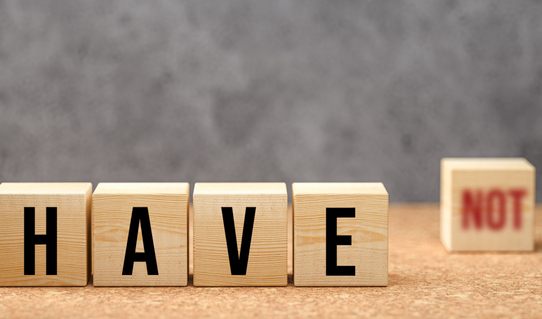 They’re out to try to lead in establishing their digital forms of money versus competitors, and to try to undercut the use of cryptocurrencies.

Those are the findings of a study by Lin William Cong of Cornell University, and Simon Mayer of the University of Chicago.

The paper, titled the “The Coming Battle of Digital Currencies,” argues that crypto technology has seen the greatest adoption in countries and regions that tend to be poorer, and with relatively weak fiat currencies.

According to the researchers, an era CBDC wars will play out over the next decade, as countries vie with each other to establish digital currency dominance, while also trying to suppress cryptocurrencies:

“Our model reveals the following pecking order: Countries with strong but non-dominant currencies have the highest incentives to launch CBDCs to gain technological first-mover advantage; countries with the strongest currencies are the next in line to benefit from developing CBDC early on to nip cryptocurrency growth in the bud and to counteract competitors' CBDCs; nations with the weakest currencies forgo implementing CBDCs and adopt cryptocurrencies instead.”

It’s hard not to suspect that the recent crash of UST (Terra), a formerly top crypto stablecoin and overall top five crypto in terms of market cap, was manipulated by powerful financial interests in some manner (see  “WILL LUNA UST STABLECOIN CRASH USHER IN US CBDC?”, 17 May 2022).

Government officials like Senator Elizabeth Warren (D-MA) and Treasury Secretary Janet Yellen jumped on the UST / Luna debacle to argue that only government should be developing and disseminating digital currency technology.

The problem with that is two-fold: governments including the U.S. have a terrible track record, especially over the last 20 years, in stealing the fruits of labor of average citizens, by monopolizing money creation and using it irresponsibly to balloon spending, pay debts and buy votes.

And secondly, attempting to kill or suppress crypto technologies, which have the potential to revolutionize and bring value and efficiency to virtually every area of business and digital interaction, would constitute economic insanity.

But it isn’t hard to imagine how entrenched powers can opt for insanity in attempts to preserve their narrow interests, while imploding the world in various ways.  Many believe it’s happening right now, courtesy of the Russia-Ukraine conflict.

In one sense or another, the spirals of war and economic devastation, specters of mass famine and crisis level migratory moves are signaling the opportunity for that “Great Reset” whereby elites will attempt to wipe away their obscene self-profiting ruination of the world, via radical new policies.

CBDCs, or next level power and control of the productivity of humanity by a narrow class of overseers, appears to be a huge part of that agenda.

The newly revised research paper about the impending digital currency wars, which was updated in May of 2022, says it used game theory to model how things would play out:

“[We] develop a dynamic model of currency competition among national fiat currencies, cryptocurrencies, and CBDCs, and provide one of the first game-theoretic analyses of countries’ strategies of digitizing money. Our theory helps rationalize international trends in payment and currency digitization, reveals various strategic considerations including a novel pecking order for CBDC development, and provides insights concerning the future of money and digital currency competition.”

Interestingly, the paper notes that for CBDCs to succeed, it would likely be very important to smother the adoption of cryptos.  The more that people, especially in countries with debased fiat currencies, opt to store value and transact with cryptos, the stronger the crypto challenge to the central bank fiat system would likely to be in the future:

“The cryptocurrency constitutes an imperfect substitute for national currencies as a store of value or medium of exchange, yet it is not associated with a centralized government and experiences fast improvements in its underlying technology relative to other currencies, which our model captures.

The game theory modeling verified that countries with dominant currencies have an incentive to regulate cryptos with the purpose of stifling them, as opposed to providing “clarity” or positive frameworks for greater adoption of the technology:

The full paper can be accessed and read here.

For more on CBDCs, check out: