CBDC ON THE SLATE FOR COUNTRIES AROUND THE GLOBE 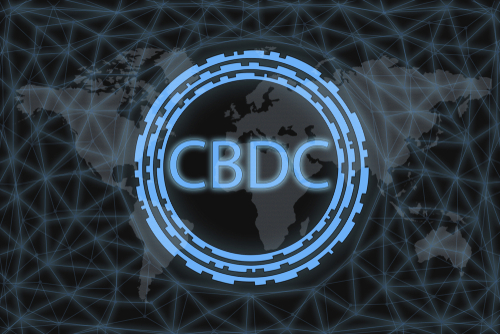 The Biden administration took a big step toward an eventual Central Bank Digital Currency last week with the President’s Executive Order on Cryptos.

The directive mandates a comprehensive analysis of the CBDC's potential advantages and dangers for consumers, investors, and the larger financial system in the United States, with an assessment timetable of six months.

The Treasury Department will head the assessment, but other agencies including Commerce and Homeland Security have been tapped to take a role.

Biden’s order noted that over a hundred countries are at some stage of exploring CBDCs.

Many Americans have deep reservations that a government CBDC will effectively be a financial surveillance coin, that gives unprecedented new powers to the government to cut off the medium of exchange and common store of value for the labor of average citizens.

The Russia Ukraine conflict has seen a whole new level of financial sanctions taken by the international banking citizen not onl against the Russian government, but citizens of that country.

It portends that government CBDCs are about more than simply making financial transactions more efficient.

Nonetheless, with crypto assets offering an alternative store of value and means of transaction to debased overprinted currencies and corrupt banking and political policies, more countries around the world are moving quickly toward CBDCs.

Among nations with active CBDC projects are several that have chafed under the so-called Petro-Dollar and the dollar led international SWIFT payments settlement system.

India, one of the world’s major economies, announced that it would implement a digital rupee by 2023, according to Investopedia.

Brazil expects to launch a “beta” digital real this year, with a final version planned by 2024.

Unsurprisingly, Russia is also working on a CBDC, which was first announced back in 2017.

Brazil, Russia, India and China, the world leader in government digital currency creation, via the digital yuan, are part of BRICS, an economic block that launched an initiative to give those countries and others an alternative to the SWIFT international payments settlement system.

At least some crypto analysts believe the U.S. plans for a CBDC will not ultimately undermine crypto industry innovations. Others are not so sure.

According to Yahoo News, the U.S. will seek private-public partnership with crypto and blockchain experts in development.

The Trends Journal has been covering issues surrounding CBDCs in articles such as: