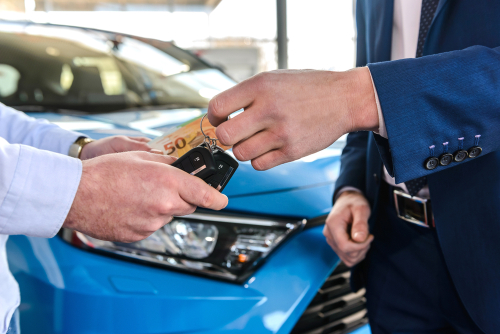 In April, car sales in Europe declined for a 10th consecutive month, with new registrations off 20 percent, year over year, the European Automobile Manufacturers’ Association said, recording the largest drop this year.

Sales were damaged by rising vehicle prices and a shortage of parts, including wiring harnesses made in Ukraine, computer chips, and a range of components made in China, which has been under widespread lockdown for two months.

“Container ships are jamming up in Chinese harbors,” partner Peter Fuss at EY Parthenon, a consulting firm, said to Bloomberg “It will take months to normalize that bottleneck.”

The chip shortage will force some buyers to wait 18 months for their new vehicles to be delivered, Bloomberg reported. Volkswagen is sold out of all its all-electric vehicles this year in Europe and the U.S., chairman Herbert Diess has said.

“Global supply issues show no significant signs of easing, while underlying demand prospects are eroding, too,” LMC wrote this month in a report.

“Households will experience a serious squeeze to real income this year. Supply issues do remain the key determinant for registrations for now,” LMC analysts noted.

TREND FORECAST: It’s all about the bottom line. People are earning less money and skyrocketing inflation forces them to spend more to buy less. And the higher inflation goes up, the more it costs to buy what consumers need or want... and the more it costs the less they will buy, especially cars which are so expensive.  Thus, car sales will continue to shrink.