CANCELED IN THE METAVERSE 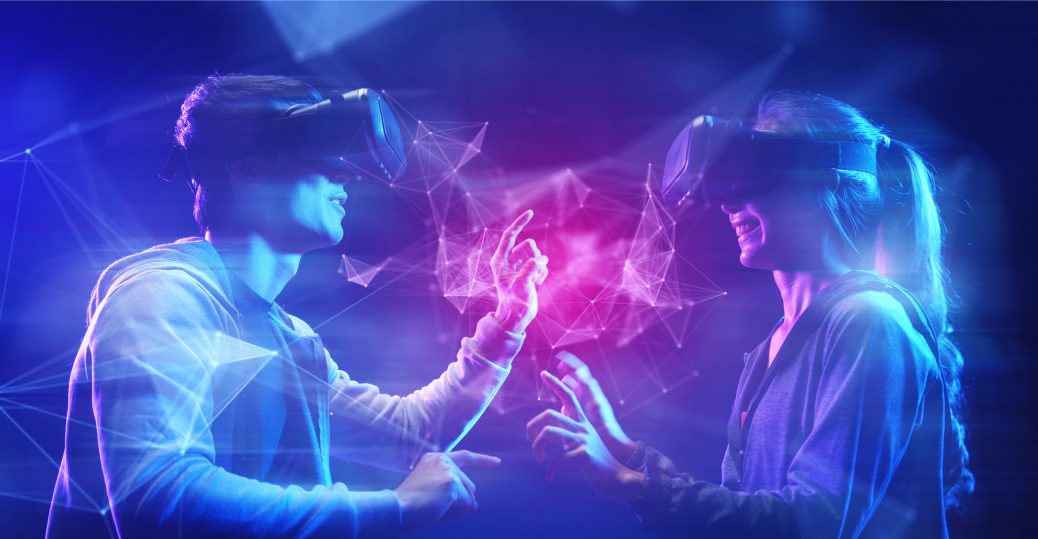 Being cancelled from Twitter or Facebook will seem quaint compared to the comprehensive way that people may disappear for all intents and purposes in the metaverse.

To understand the dangers, it’s necessary to contemplate what the metaverse represents.

Where did “Metaverse” Come From?

Like so many technological realities, the metaverse was first envisioned in science fiction.

Neal Stephenson's 1992 novel Snow Crash coined the term in a story that involved avatars of people interacting with one another and AI entities in a three-dimensional virtual environment based on a metaphor of the real world.

Movies like Avatar, The Matrix and Ready Player One featured metaverse concepts.

The general idea is that the future of the internet won’t involve interacting with a keyboard, flatscreen or mobile device. “Web 3.0” will literally exist around us, as a mixed reality of real and virtual objects, experiences, people and AI creatures.

The COVID War fueled the large-scale advent of the metaverse, via enforced shutdowns of real-world interactions that have characterized the whole history of human civilization.

The virtual worlds of hugely popular games like Fortnite have also been a factor.

Epic Games claimed in May 2020 that Fortnite had 350 million registered accounts and that players had spent 3.3 billion hours in-game in April 2020.

By various means, people are being conditioned to not only accept, but anticipate the “advantages” of virtual worlds where life-like interactions don’t require physical proximity, and where virtually anything imaginable can be made part of new kinds of experience.

As far as the inevitability of the metaverse, Nasdaq.com recently reported that businesses that fail to realize the shift will be left in the dust:

“Companies that ignore this emerging online marketplace will be left struggling in the same way that those who ignored the emergence of the world wide web and all that it implied were utterly hammered. For example, look up what happened to Kodak (KODK).”

Many might point out that the metaverse is not so much “mixed reality” as it is a nascent technological grand illusion.

But make no mistake, actions and experiences in the metaverse will have real consequences for human beings.

And mega tech entities such as Meta (formerly Facebook) currently positioning themselves to create and control the metaverse, may end up wielding powers that make their current platform “community guidelines” and censorship pale in comparison.

Meanwhile, an already burgeoning IOT (Internet Of Things) landscape is blurring the lines between the real and online world.

Journalist Susan Fourtane has detailed how an IOT might well act as a component of a nightmare “social credit” metaverse. She outlined several trends related to the IoS that are expected to become a reality by 2030:

1: Thoughts become action: using the brain as the interface, for example, users will be able to see map routes on VR glasses by simply thinking of a destination.

2: Sounds will become an extension of the devised virtual reality: users could mimic anyone’s voice realistically enough to fool even family members.

3: Real food will become secondary to imagined tastes. A sensory device for your mouth could digitally enhance anything you eat, so that any food can taste like your favorite treat.

4: Smells will become a projection of this virtual reality so that virtual visits, to forests or the countryside for instance, would include experiencing all the natural smells of those places.

5: Total touch: Smartphones with screens will convey the shape and texture of the digital icons and buttons they are pressing.

As John Whitehead of the Rutherford Institute noted, “this is the metaverse, wrapped up in the siren-song of convenience and sold to us as the secret to success, entertainment and happiness.”

Mandated to Live in a New Reality

What happens when communication, imaginative creation and interaction become more and more comprehensively tied to AI systems and algorithms designed and dictated by corporate powers?

Quite simply, what one sees, hears, as well as what one is allowed to envision and communicate, is subject to the permissions built into the metaverse system.

And what’s more, granular control (ie., control down to the level of the individual, and even specific actions, words, creative abilities, work activities, etc) will be far beyond what even the most traditional totalitarian systems that have existed in history could contemplate.

With a nod to Rod Serling:

Imagine trying to say something, and not only having a tweet removed, but no ability to even compose the sentence, or visualize the meme.  Imagine having no access to verboten information, experiences or interactions in a new “mixed reality” which can effectively block anything it wants.

Imagine having to endure not just endless woke commercials, but having propaganda comprehensively integrated and woven into every aspect of daily experience.

Imagine being required not only to receive medical interventions and gene-level therapies, but being required to be implanted with transhuman metaverse technology that makes it impossible to escape seeing, experiencing, and being mandated to participate in an altered and comprehensively controlled reality.

Imagine that with the growing capabilities and “rights” afforded to Artificial Intelligence, this altered reality of a “metaverse” might not even be arbitrated by humans.

It should be obvious that the ability to play with reality in such a sophisticated way opens the door to the possibility of a 24/7 dystopian Twilight Zone that should give any sensible person pause.

Whitehead pointed out some of the dangers thusly:

“The metaverse is, in turn, a dystopian meritocracy, where freedom is a conditional construct based on one’s worthiness and compliance.

“In a meritocracy, rights are privileges, afforded to those who have earned them. There can be no tolerance for independence or individuality in a meritocracy, where political correctness is formalized, legalized and institutionalized. Likewise, there can be no true freedom when the ability to express oneself, move about, engage in commerce and function in society is predicated on the extent to which you’re willing to ‘fit in.’”

As with most things, a jealous regard for personal liberty, and for truths about the rights of men that stem not from the designs and creations of men, but the will of God, might go a long way in negotiating the metaverse.

Clearly, technological abilities and benefits that might ensue from easy access to data, richer sensory connections, and efficiencies in collaboration and work are selling points for building metaverses.

But no corporation or government should be allowed to assume control of the metaverse.  Facebook changing its name to Meta, and launching a systematic plan and timetable for designing and controlling the terms of the metaverse must be watched closely.

Attempts by a few corporations to buy up talent and projects create de-facto metaverse monopolies, would be the worst possible outcome.

Advocates of freedom and human rights from every political spectrum would do well to come together in voicing a need for true diversity to be respected in the creation and adoption within the metaverse ecosystem.

If communities want to spin up worlds that freely attract participants, so be it.  But no one should have the authority to ban or cancel metaverses that operate within Constitutional provisions that have crucially guaranteed real-world rights for generations.

And no one should ever be mandated to take part in a metaverse.

The Trends Journal has reported previously on some of the implications of the metaverse in articles including:

More thoughts on metaverse dangers can be found at the Rutherford Institute.