CALIFORNIA: NO MASK, NO FREEDOM 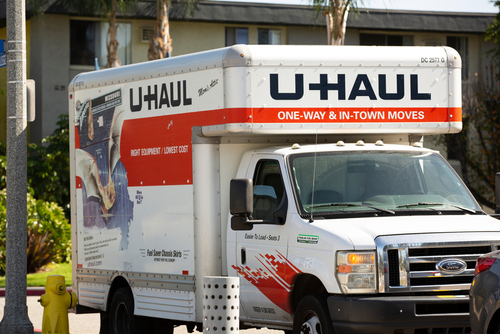 Despite the widespread use of face coverings and vaccinations in California, the Golden State announced last week that residents will be required to, once again, mask up again while indoors—regardless of their vaccination status.

The state lifted its mandate on 15 June for those who were vaccinated.

The new mandate will stay in place until 15 January. The state’s Department of Public Health said the seven-day average increased by 47 percent since the Thanksgiving holiday and hospitalizations have also jumped by 14 percent. There were 3,109 people hospitalized in the state of nearly 40 million on 23 November, and—as of Tuesday—3,613 were being treated in hospitals.

Dr. Sara Cody, Santa Clara’s public health officer, told Cal Matters that the state’s health system needs to get prepared for a “deluge of Omicron.” (See: “PLAY SCRAMBLE: DOES OMICRON=MORONIC?,” “OMICRON: WE DON’T KNOW IF VACCINES ARE EFFECTIVE, BUT YOU MUST TAKE THE JAB,” “OMICRON VARIAN RATTLES MARKETS.”)

As of Thursday, the U.S. recorded 319 Omicron cases, including 49 within California. Of those, 30 cases were in Los Angeles County and 24 were fully vaccinated. The Los Angeles Times reported that none were hospitalized and there were no deaths.

Along with the mask mandate, the state will also crackdown on unvaccinated individuals attending indoor events with more than 1,000 people. Those unvaccinated will have to present a negative COVID test within 48 hours, and health officials in the state have recommended that visitors get tested within three to five days upon arrival in the state.

“What I see is perhaps one of the most challenging moments that we've had yet in the pandemic,” Dr. Sara Cody, a local public health director, told The New York Times. “And I think it's challenging because it's not what we're expecting. We’ve all come to learn to live with COVID over the last two years, and we're all a bit tired. But I want to let you know that when I look around the corner, I see a lot of COVID and a lot of Omicron.”

President Biden—who has been urging Americans to get vaccinated and accused by some of skirting the Constitution in the process—tried once more to scare those who have refused the jab into compliance.

California has been leading the charge of COVID-19 mandates, and the state has seen more than double the amount of residents leaving than before the outbreak. California has also seen a decrease of those interested in moving there from other states.

The number of people leaving the state has jumped by 12 percent, according to the study, which was viewed by The Wall Street Journal. About 150,000 more people left the state than domestically migrated there in the third quarter of 2021, the report said.

TRENDPOST: Go back 20 months ago when California was the first state in the nation to lock down. Remember the bullshit spewing out of the Governor’s and “Health Authorities” mouths?

“Lock down for two weeks and we will “flatten the curve.”

That’s right. Do as you are told. Stay in your house. Don’t go out. We know what’s best. And in two weeks, the COVID curve will be flattened and everything will be OK.

Could it be the broken mandate promises and subsequent communication failures of political scum who suck off the public tit and never work a day in their lives and bureau-craps who can’t get jobs in the real world but are elevated to “officials” when they join the political gang... are the reason so many people refuse the shot and want to burn their face masks?

We were assured that keeping six feet away from someone was “safe social distancing, which turned out to be wrong. (See: “SOCIAL DISTANCE RULES ‘PULLED OUT OF THIN AIR.’”) Then we were told to wear masks. When that didn’t work, we were told to wear more masks. (See: “NEW CDC CLAIM: ‘TWO MASKS BETTER THAN ONE.”)

And then there was the “herd mentality” lie that when 70 percent of the herd got two shots the coronavirus would evaporate. (See, “HERD IMMUNITY HERESY: LIES AND DAMN LIES,” 12 Oct 2021)

And now, nobody talks about that unicorn called “herd immunity” anymore?

TREND FORECAST: The world needs to learn to live with this virus because vaccines—despite minting new billionaires—not only didn’t stop the spread but didn’t even slow down transmission. Now doctors are celebrating that those vaccinated aren’t getting seriously ill? Of course they’re not. Since the start of the Omicron outbreak, the vast majority of people didn't get seriously ill... as we detailed in our 30 November 2021 Trends Journal:

“And while the mainstream media was hyping the new variant which the World Health Organization first labeled Xi Omicron, but then omitted the “Xi” because President Xi of China might be offended... Dr. Angelique Coetzee, the chairwoman of the South African Medical Association, who first sounded the variant alarm, said those who got it had “unusual but mild symptoms.”

In response to the media and politicians selling the new virus strain as “deadly,” Dr. Coetzee said the new variant “... presents mild disease with symptoms being sore muscles and tiredness for a day or two not feeling well. So far, we have detected that those infected do not suffer the loss of taste or smell. They might have a slight cough. There are no prominent symptoms. Of those infected some are currently being treated at home.”

Bullshit Has Its Own Sound

“We have to get comfortable with fully vaccinated folks testing positive, that’s going to be our new normal,” Dr. Vin Gupta from the University of Washington spewed out his bullshit on the Today show. “But people should not worry about that because the purpose of vaccines is not to prevent a positive test or a respiratory virus like Omicron, it’s to keep you out of the hospital, and that's exactly what they're doing.”

This is a total lie. People like the Gupta group were the ones selling the line back in 2020 and most of 2021 that the COVID Jab had a 96 percent efficacy rate and two jabs would be all that was needed.